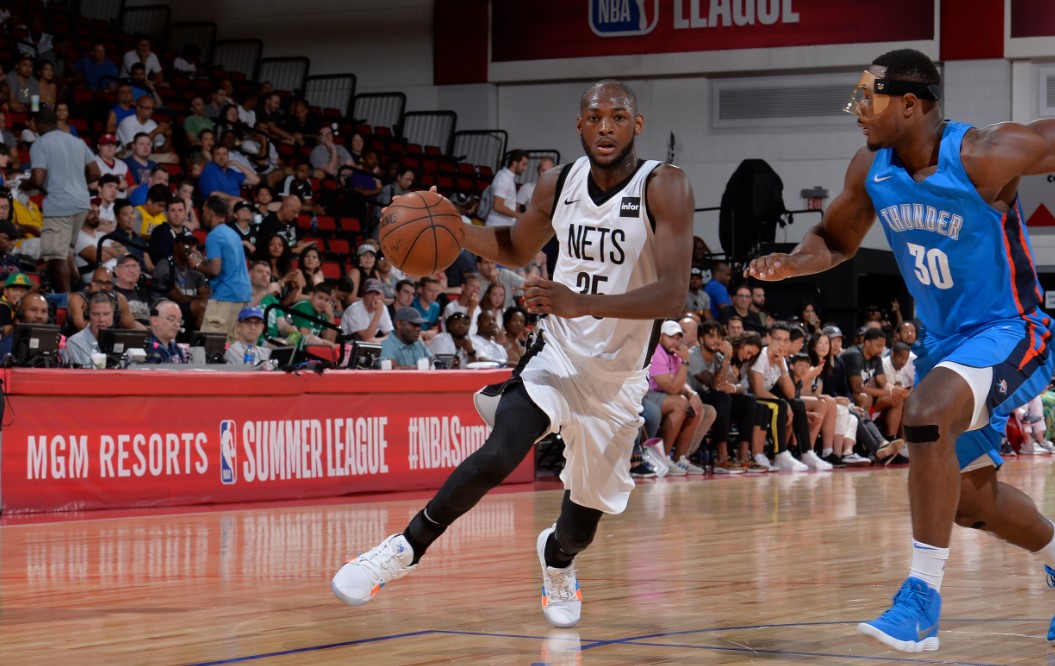 Theo Pinson was a fan-favorite during his days as a North Carolina Tar Heel. His passing, defense and athleticism wowed fans as he made winning play after winning play. Despite his success at UNC, Pinson went undrafted in last month’s NBA Draft before ending up on the Brooklyn Nets’ Summer League roster. The biggest questions surrounding Pinson’s game were about his scoring ability at the NBA level. Against Oklahoma City today, he took his first crack at answering some of the questions.

Taking the Next Step

Pinson only averaged double figures once at UNC, putting up 10.3 ppg during his senior season. He spent the majority of his time playing off the ball and doing the little things as others handled the bulk of the scoring. While the all-around skills are valuable, Pinson would have to evolve into a more aggressive scorer to make it in the NBA.

Pinson came out of the gate with that mentality in mind in his first action of the summer. The versatile swingman led all scorers with 16 points on 5-8 shooting. He also hit 3-5 from three (60%) and made all three of his free throw attempts. Pinson may not have the polish of a true offensive star, but that has never been his game. The ability to efficiently score on many levels should be enough for a player that does so many other things like Pinson does.

The versatility was on display as well. Pinson added 5 rebounds, an assist, 2 blocks and 2 steals to his nightly totals. The fact that Pinson could make himself much more assertive offensively while still continuing to do the things he is best known for speaks to the high level of conditioning and physical ability he possesses.

Team Effort Gets the Win for OKC

Unlike Pinson for the Nets, the Thunder won the game without a breakaway star performer. Without a high draft pick, the Thunder’s Summer League team is constituted mostly of G-League veterans and project players. The team had four players reach double figures in the 90-76 victory.

The leading scorer for the Thunder was Deonte Burton, a former Iowa State Cyclone. Burton had 13 points on 6-8 shooting, with a made triple in only two attempts and some solid all-around energy to his performance. The most impressive part of Burton’s night is that all of his production came in just 14 minutes of action.

With no marquee names on the Thunder’s summer squad, it is basically open season in Oklahoma City. The NBA roster has little flexibility leaving finding a diamond in the rough almost a must. The lack of cap space has left the door wide open for whichever of the summer players makes the most of their opportunity.