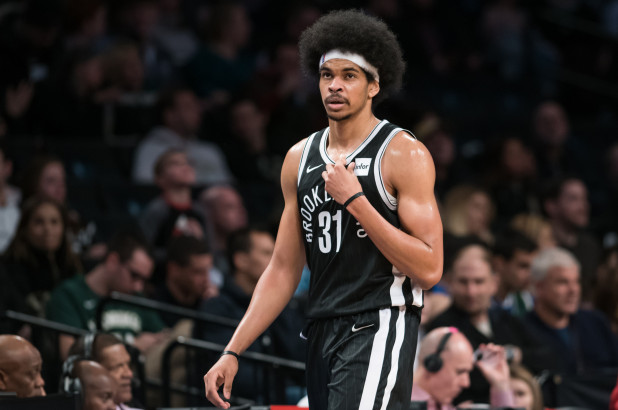 The Nets followed up an 86-80 defeat at the hands of the Orlando Magic with a 90-76 loss to the Oklahoma City Thunder in a game that was never as close as the final score may suggest. The Thunder never had less than a double-digit lead for the duration of the second half of Saturday’s contest.

Brooklyn succumbed to quality OKC defensive play and glass work. The Nets only managed to shoot 34% from the field and 22% from three, and they were out-rebounded 57-38 overall, while only managing three offensive rebounds. Rookie Theo Pinson out of North Carolina was able to put together a solid stat line for the Nets, finishing with 16 points, 5 boards, 2 steals and 2 blocks. Another interesting player to keep an eye on for Brooklyn throughout Summer League play is undrafted rookie Yuta Watanabe out of George Washington. He came off the bench in Saturday’s loss to score 13 points, and add 5 rebounds, 4 blocks, and a pair of steals.

Hamidou Diallo, who was drafted by Brooklyn in the second round of the 2018 NBA Draft before being traded to OKC, was the leading scorer for the Thunder with 19 points off the bench. 2016 Nuggets second rounder Daniel Hamilton out of UConn also filled the stat sheet with 12 points, 9 boards, 7 assists, and 2 steals in 25 minutes of action.

Brooklyn Falls to Orlando in Debut

Brooklyn’s contest on Friday played out much more competitively than Saturday’s defeat. There was only one lead change the entire game, but neither side ever led by a margin greater than 12 points. Turnovers (16) and inconsistent shooting (38% from the floor) proved to be the dooming factors for the Nets. Former Israeli Premier League player Shawn Dawson was a bright spot for Brooklyn, coming off the bench to amass 20 points and 7 rebounds in just 18 minutes of action. Undrafted rookie Tyler Davis out of Texas A&M scored 13 points.

The Magic were led by last year’s first round selection Jonathan Isaac who poured in 20 points while snaring 7 rebounds. Troy Caupain added 22 points and Isaiah Briscoe scored 16 points to go along with 4 assists.