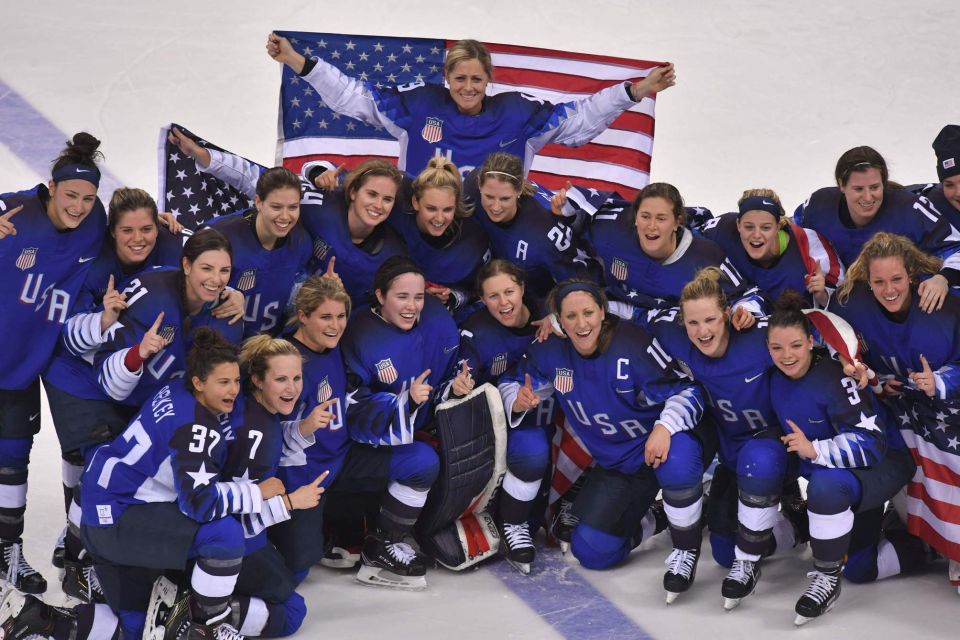 In a game pretty much expected to happen before the Olympic hockey tournament even started, the top two teams in women’s hockey – Team Canada and Team USA – delivered a game Thursday that lived up to all the years of hype and then some.

Team USA overcame a third-period deficit and then won on the sixth try in a shootout, scoring a 3-2 win and snapping a two-decade drought from winning the Olympic gold medal.

The U.S. won the first women’s Olympic hockey tournament in 1998 in Nagano. Since then the Canadians had dominated, winning four straight gold medals, three of those head-to-head against the Americans. And they’d already beaten Team USA earlier in this tournament.

But after Jocelyne Lamoureux scored on the sixth shot of the shootout, Canada’s Meghan Agosta’s attempt was stopped inches short of the goal line by U.S. goalie Maddie Rooney. She scooped the puck up with her glove, and a wild U.S. celebration followed.

“I’m digging the new necklace,” Lamoureux said after the medal ceremony. “Don’t think I’m going to take it off for quite a while.”

This game had a little of everything – exciting goals, great saves, physical play, even some touches of controversy – and of course, the dramatic ending.

The U.S. went up late in the first period as Hilary Knight scored to give her side a 1-0 lead after one period. But Canada dominated the second frame, getting scores from Haley Irwin and Marie-Philip Poulin to take a 2-1 lead.

That came despite the U.S. getting five power play opportunities to just one for Canada, leading to groans from Canadian fans about the officiating. But one play that wasn’t penalized came when Poulin collided with Brianna Decker, catching the American in the face with an elbow that bloodied Decker’s nose. The U.S. bench screamed for a five-minute major, but Poulin was not penalized at all.

The U.S. got the equalizer with about six minutes left in the third when Kelly Pannek’s pass found Monique Lamoureux-Morando on a breakaway, and her shot beat Canadian goalie Shannon Szabados.

Then came overtime, and 20 minutes saw no scores and great goaltending, particularly from Szabados, who had several stops from close range as the Americans put the pressure on. And her team got a huge chance when American defenseman Megan Keller hauled down Poulin for the only penalty of overtime 95 seconds from the end.

This time, it was Szabados’ counterpart Rooney who was up to the challenge, making a point-blank stop on Brianne Jenner in the closing seconds to keep the game tied and headed to the shootout.

Each team scored twice in five shots in the shootout before the shared heroics from Lamoureux and Rooney, and a historic win for Team USA. None of its current players were on the 1998 squad, and Rooney was all of seven months old when those Olympics were played.

“It is everything for our country,” said Team USA coach Robb Stauber. “I can’t tell you how happy I am for our players. We love them. It is unreal. I am just so thankful for the outcome. It was a thrilling final. I’m just so happy for our players.”