Super Bowl 52: The Fall of the Empire 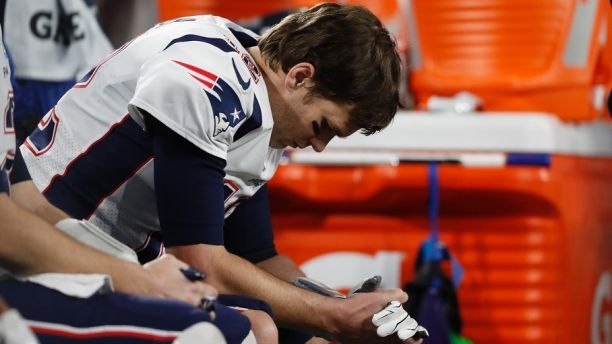 Super Bowl 52 was an epic encounter between two offensive power houses. The Philadelphia Eagles and the New England Patriots put on a show in front of a worldwide audience. Tom Brady and Nick Foles were throwing the ball all over the opposing defenses.  This year’s match-up may go down as the best game in Super Bowl history. The Eagles outlasted the Patriots and won their first super bowl title in franchise history, by a score of 41-32.

The aggressiveness and play of Foles propelled the Eagles to a 22-12 lead by half-time.

The Patriots did not go down quietly though. They made those famous half-time adjustments.

Tom Brady started the second half with a bang, by connecting with Rob Gronkowski for a five-yard touchdown pass. Brady also played a tremendous game as well, completing 28-of-48 passes for 505 yards and three touchdown passes.

Experts and fans cannot blame Brady for this Super Bowl loss, as he played the game of his life. Blame for this loss should be put on the Patriots defense. The defense could not stop the Eagles offense. They gave up the most points in Super Bowl history and only stopped the Eagles offense once during the game.

This game was won by the team that won the battle of the trenches, and that team was the Philadelphia Eagles. The Eagles offensive line dominated the Patriots defensive line, and they did not give up a single sack. The defensive line made plays when they had to. The play of the game was made by Eagles defensive lineman Brandon Graham, when he got the only sack of the game and forced a Tom Brady fumble. That fumble sealed the game for the Eagles.

The Patriots were outcoached and outmatched by Doug Pederson, who adjusted his play calling based on what the Patriots were doing in the second half. The Eagles took this game from the Patriots by sticking to what brought them to the dance. They relied heavily on their balanced offense, Nick Foles, and their defense. Other teams would have given up once the Patriots got hot.

However, the Eagles remained strong and outlasted the Patriots to become Super Bowl champions for the first time in the history of the franchise. The Eagles also may have ended the dynastic empire of the Patriots.