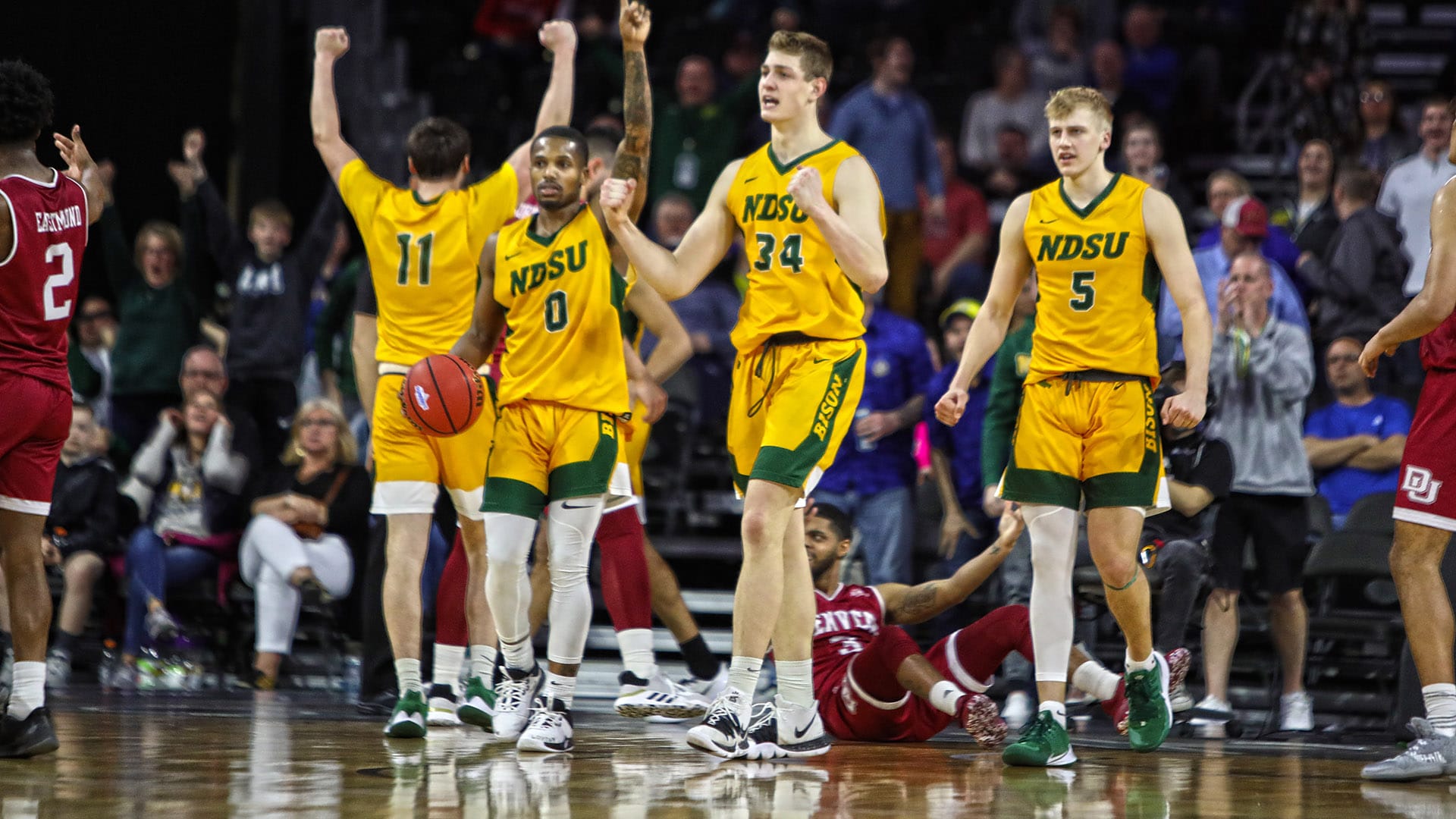 The 1 and 2-seeds have dominated the last decade of Summit League tournaments, combining to win eight titles over that span. Conference powerhouses North Dakota State and South Dakota State occupy those seedlings this year, making it highly likely that chalk will hold relative form in Sioux Falls once again. The only two Summit League tournaments to not be won by the top two seeds were both won by the 4-seed. Oddly enough, those results have occurred in two of the last three years including the Bison last season. This year’s 4-seed Oral Roberts will hope to accomplish the feat once again.

One thing Oral Roberts has going for them is their offense. The Golden Eagles led the Summit League this year in points (80.6). In terms of how the seeding shaped out, points allowed proved to be the better indicator. This category was led by North Dakota State with 66.5 allowed per game, nearly a full four points clear of runner-up IPFW. The Bison were a bit shakier on offense though, ranking only sixth in the conference. South Dakota State ranked third in both scoring metrics (77.9 points, 70.5 points allowed).

The Summit League preseason poll accurately projected the entire top five, including picking North Dakota State to finish first. 2-seed South Dakota State was picked 5th, making them the league’s top overachiever for the season. The rest of the top five was projected in order, just finishing a spot lower than predicted when you insert the Jackrabbits. The top underachiever in the Summit League this season was Western Illinois, who finished in 9th and failed to qualify for the tournament after being picked 7th.