Should the Blazers Blow it Up? 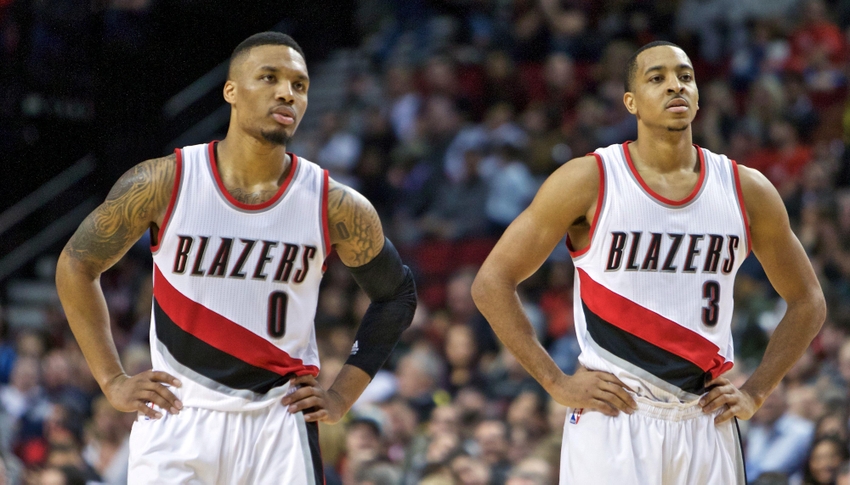 To blow up or not to blow up, that is the question. The Blazers have made the postseason five consecutive years and have only advanced to the second round twice. In past two seasons, Portland has been swept in the first round, last year to the Warriors and this year to the lower seeded Pelicans. Their track record for regular season efficiency is outstanding, but the moment it becomes playoff time it seems as if these Blazers don’t show up.

Last year, losing to the Warriors is more than understandable, but this year was a disappointment, to say the least. The Blazers were the favorite in this series, although not by much. Portland losing isn’t the problem, but getting swept is. They ran into a hot New Orleans team, but their shooting seemed to be the key to success in this series. However, Jrue Holiday and Rajon Rondo had other ideas.

What’s the Answer in Portland?

With the lackluster performance of the Blazers, what will it take to get them to that next level? The biggest issue with Portland is that they have absolutely no cap space, and even worse, they could lose their third best player in Jusuf Nurkic. This season, Nurkic has averaged 14.3 ppg, 9.0 rpg, and 1.4 bpg. Nurkic has been the anchor of an awful backcourt defense, but he has made the back end of their defense much better than before he arrived in 2016. A team in need of a center could sign Nurkic to a hefty deal, but because he is a restricted free agent, the Blazers can match any offer, technically.

I say technically because that is the rule, a restricted free agent’s original team can match any offer that the player signs in free agency. However, I don’t think that Portland has enough cap space to give him a decent deal that will make him stay. Their more noticeable bad contracts go to Evan Turner (2-years $36.5 M), Maurice Harkless (2-years $22.3 M), and Meyers Leonard (2-years $22 M). The only expiring contracts they have this year are Ed Davis ($6.3 M), Shabazz Napier ($2.3 M), and Pat Connaughton ($1.4 M). Let’s not forget that one of those contracts will probably go to Portland’s first-round draft pick as well. As you can see, the Trail Blazers have shot themselves in the foot and may not be able to sign Nurkic without sending away at least one of those contracts. Shedding those contracts will be difficult. None of those players are particularly good enough to be worth what they are being paid. Portland would have to attach some picks to these contracts in order for someone to take the trade.

The future for Portland seems so bright, yet may just be as dimmer than most thought. Their cap space has ultimately disabled their ability to make any significant moves for outside players, and perhaps even their own. Tearing down what they have built with Damian Lillard and CJ McCollum may be a favorable option considering they would receive a massive amount of assets for either of those players, but it may be too soon to do that. Portland needs to move some of the bad contracts and resign Nurkic this summer. However, until doing so, they will be stagnant in this position for the next couple years until these bad contracts have gone away. Patience is the key for the Blazers at the moment. Unfortunately, I would predict that Nurkic is gone and the Blazers take a fall in the standings.

Hopefully, for their sake, a rebuilding team takes a bad contract or two so they don’t have to blow it all up.

Why I Love Sports Today: Admiring LeBron’s Greatness
Where Do the Pelicans Go From Here?