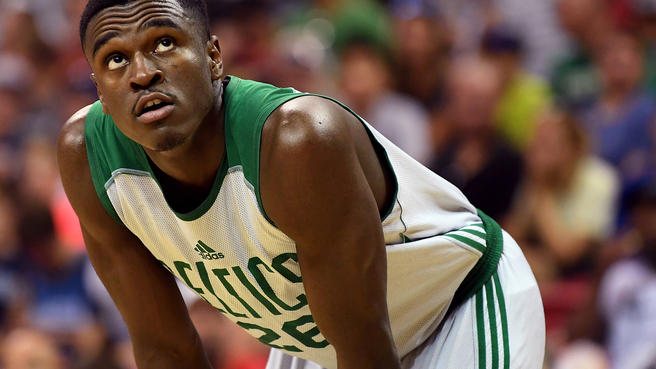 The Celtics had as dominating a Summer League victory as you’ll find. They beat the Charlotte Hornets 100-80 and 7-of-9 players for the Celtics were in double figures. Jabari Bird (16), Semi Ojeleye (13), Guerschon Yabusele (14), Pierria Henry (13), Jarrod Uthoff (16), Trey Davis (11), and Hassan Martin (12) were described by one media member as looking like “a f****** football team” given their size and strength.

As a team, the Celtics shot 52.8% from the field, 50% from three-point range, and 15-17 free throws (88%). Bird, Ojeleye, and Yabusele all saw minutes for the Celtics during the regular season last year and Bird will look to make the actual roster this year. Ojeleye needs to improve his three-point shot if he wants a more solid role in the rotation, but Brad Stevens said he wants Ojeleye to actually focus on being as defensively versatile as possible. On a team that will feature a lot of offensive firepower, it is clear that Stevens views Ojeleye as a guy he can turn to from the bench that can guard any single opponent. Ojeleye’s defensive ability was on display when he guarded Giannis in games 5, 6, and 7 during the first round of the playoffs, which proved to actually make a difference in slowing down the Greek Freak just enough for the Celtics to pull off the series.

Miles Bridges had a cool 20 points shooting 8-17 from the field. While, ideally, he could be more efficient, he demonstrated that he at least can hit his shots, as he also went 4-10 from three-point range. Bridges also grabbed 7 rebounds on Monday night, showing off all of the skills that made him so good for Michigan St.

Hernangomez’ performance was right behind Bridges’. Unlike Bridges, Hernangomez has actually seen NBA minutes, and he finished with 17 points on 7-15 shooting, made both of his three-point attempts, and also snagged 11 rebounds, giving him a double-double on the night. Unfortunately, the Hornets future is up in the air in terms of the future of Kemba Walker. The team needs to either make moves to be a playoff team or blow it all up, because there is nothing worse than being stuck as a mid-high lottery pick every season.