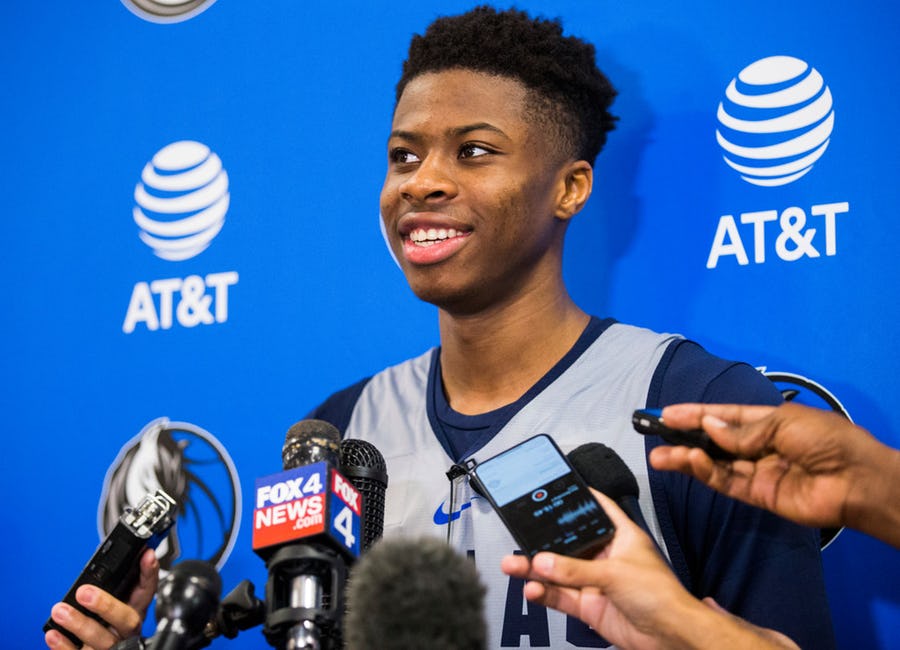 The Mavericks beat the Golden State Warriors 91-71 on Monday night and had solid performances throughout their team. In particular, two late second-round picks from the 2018 Draft helped make the push for the Dallas victory. Ray Spalding was taken with the 56th overall pick in the 2018 draft but he turned in 8 points and 9 rebounds in the 19 minutes he played. Kostas Antetokounmpo had just 4 points, but he made an impact in every area he could. The 60th overall pick (there isn’t a 61st by the way) added 7 rebounds, and assist, 2 steals and 3 blocks to his totals all while playing just 14 minutes!

Hey @Kostas_ante13 aka Gus aka Trey is throwing a block party, spread the word. pic.twitter.com/KBqGHnHuUp

Antetokounmpo was taken as a late round flyer, but if he can figure out the offensive side of the game, he could become just like his older brother Giannis given that Kostas is 6’11” and boasts a 7’1” wingspan at just 20 years old.

Golden State has really cooled off from their 3-0 California Class start and is now just 1-2 in Las Vegas. Defensively, they remained a good team and recorded 14 steals and 4 blocks on Monday night. Ironically, it is the offensive side of the ball that the Warriors are struggling to find consistency from. Marcus Derrickson had five points on six shots, Omari Johnson only made two free throws, and Kendrick Nunn took 12 shots to get to just 10 points. The Warriors need to find a way to channel their defensive energy into offensive output if they are to see the same success they had earlier this summer.