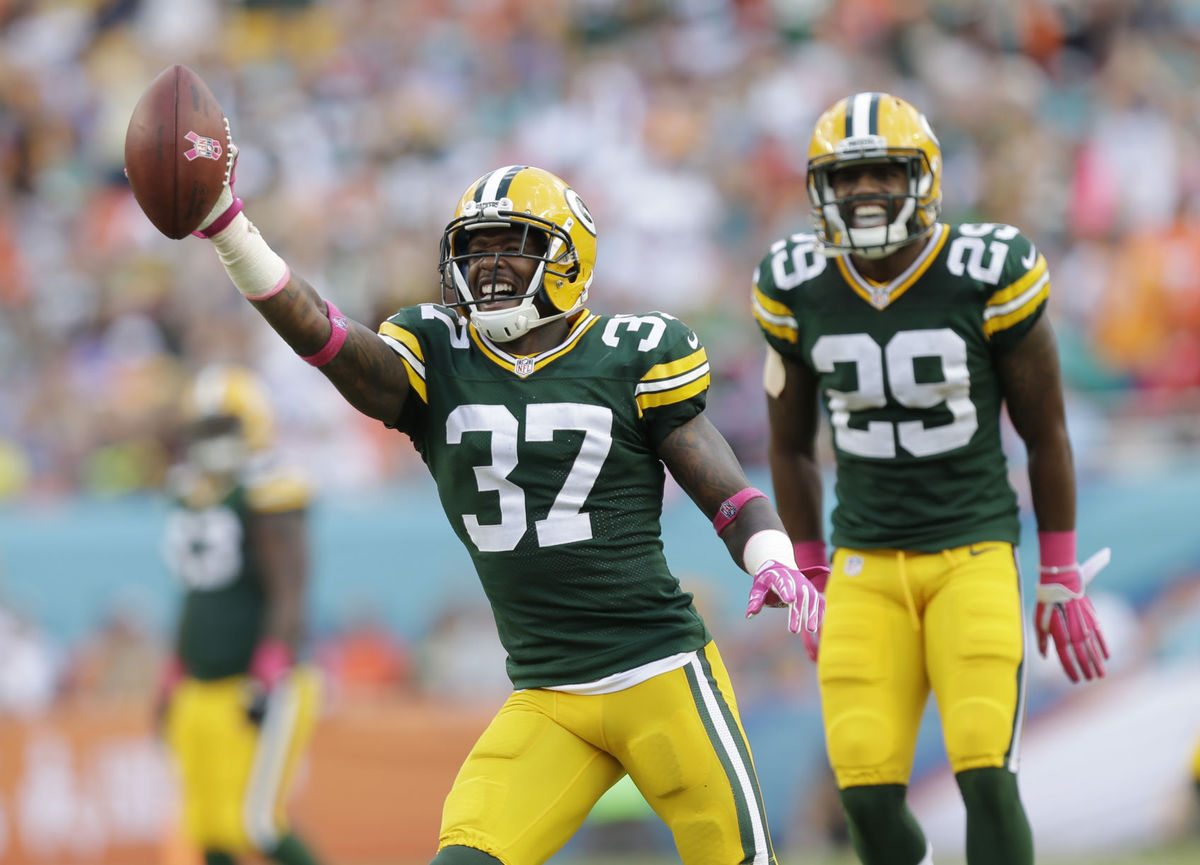 Shields, 30, was released by the Packers last February and missed the past season. The corner has struggled with concussions throughout his career, suffering four during his NFL campaign. The last concussion Shields suffered was in the Packers’ 2016 season opener. It was his second in only nine months.

Before being released, he had played in only two of his final 23 games with Green Bay.

First news of this comeback was hinted at by Packers safety Morgan Burnett, who posted the following picture on Instagram of Shields sporting some Packers gear on the practice field.

The hoodie Shields is wearing says “Wasted Talent.” He is hoping that label doesn’t continue to stick with him, as he trains to get back to playing on Sundays.

The comeback officially begins this week, as Sam Shields starts to visit teams. Adam Schefter reported that Shields will visit Cleveland, but I’m sure it’s only a matter of time before his tour of visits leads him back to Lambeau Field.

Quarterback Chaos in Minnesota, Who Will Start in 2018?
Rest in Peace, Legion of Boom