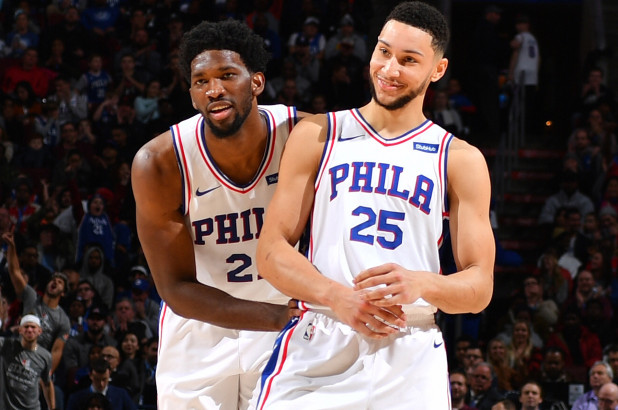 The Philadelphia 76ers were reeling, they were blown out by the Wizards on February 25th and lost a very close game to the Heat on February 27th. However, this team seems like a team that likes adversity, because they have won their next two games. The Sixers are looking like a team that no one wants to see in the playoffs, and if they continue to play good basketball, they could have a deep playoff run.

The 76ers pulled off a wire-to-wire victory against the Cavaliers on March 1st.  When the Cavs went on a run, the Sixers responded accordingly. Forward Dario Saric hit a corner three-point shot that helped hold off the surging Cavs.

The Cavs match-up felt like a playoff game, because the Sixers played like a team that was desperate to make a statement, against one of the best teams in the NBA. If this game was a litmus test for a potential playoff match-up, then the Sixers look like a team that can beat the Cavs in a seven-game series.

The Sixers also played the Hornets on March 2nd. The team came out very flat, but whatever Brett Brown said to his team during half-time worked, because the 76ers were able to come back and win the game 110-99.

The Hornets match-up would have been a trap-game for the Sixers earlier in the season, but this team has come a very long way. When the pressure was on late in the game, the players would commit a turnover or an unnecessary foul. Now the Sixers are taking over and owning the fourth quarter, and most importantly, they are not beating themselves.

Over their last two games, the Sixers have not been committing many turnovers. The Sixers lead the league in turnover average, with 17.8 per game.  It is an easy formula for the Sixers: if they do not commit a lot of turnovers, they will win a lot of games.

Both veterans have played key roles in the victories against the Cavs and the Hornets. Whether it’s been with scoring or forcing a turnover when the Sixers need it most, they two have performed. The signings of Ilyasova and Belinelli were excellent pickups by General Manager, Bryan Colangelo.

The Sixers have been playing great basketball since coming back from the All-Star break.  This is a team that is playing like a well-oiled machine. They are not just relying on Ben Simmons and Joel Embiid to beat other teams, but they also have shown a resurgent bench and some oppressive defense. The Sixers, if they can continue to limit turnovers and if the bench continues playing well, will be a dangerous match-up for any team they play in the playoffs. The process has never been closer to completion than it is right now.