College Basketball Bracketology and Bubble (End of the Regular Season) 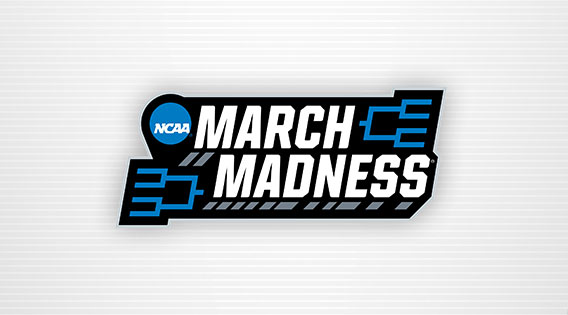 Championship Week is in full force, as teams are competing to punch their ticket to the NCAA Tournament. With that being said, teams that are not fortunate enough to win their conference tournament must receive an at large bid to reach the NCAA Tournament. Below is my updated Bracketology, and with this Bracketology, I believe that every team from seeds 1-9 is safe, leaving seeds 10-12 on the bubble along with seven teams who are still alive.

The regular season is over, so teams have just one last chance in their conference tournament to make a push towards the tournament. Below is what I believe each bubble team needs to do to better their chances to be selected on Selection Sunday.

What has happened since the last update

Alabama (10 seed)- Bama got blown out at home by Florida to enter the bubble unexpectedly and fell to Texas A&M. After being very safe, they may actually need one win in the SEC Tournament or they will be on the cut line.

Kansas State (10 seed)- Kansas State is pretty safe in my eyes, unless they receive a bad loss in the Big 12 Tournament.

Providence (10 Seed)- The Friars are sitting pretty after closing the regular season on the right note. I think one win in the Big East Tournament easily gets them in.

Oklahoma (11 seed)- Oklahoma is in trouble after getting blown out by Baylor even though they followed it up by blowing out Iowa State. I still think one meaningful win in the Big 12 Tournament should be their key to get in.

ASU (11 seed)- ASU is slipping big time. I said a loss to Stanford or Cal to close the season may really hurt them and guess what they did, they lost to Stanford. The Sun Devils need to impress the committee this week or they are going to be out after being the hottest team in the country early in the year.

Texas (Last 4 In)- The Longhorns get a sigh of relief, as they upset West Virginia to make their chances of playing in the NCAA Tournament very high. Texas still needs a win in the Big 12 Tournament to solidify their spot.

UCLA (Last 4 In)- UCLA needed a win over USC to close the season, and they got it. With the win, they should be in with one PAC 12 Tournament win.

Baylor (Last 4 In)- Baylor lost a crucial bubble game to Kansas State, but I still have them in my bracket in the last four in. It is tough the call if the Bears need one more win or not.

Syracuse (Last 4 In)- The Orange shockingly erases their bad loss to BC by upsetting Clemson. They now jump all the way back into the bracket for now, taking Notre Dame’s spot at least until we see who wins games in the ACC Tournament.

Marquette (Out)- Marquette won the must-win game against Creighton that I mentioned in the last update, setting them up in a great spot. Marquette needs one meaningful win in the Big East Tournament to be heavily considered when teams are selected.

USC (Out)- USC stumbled late in a loss to rival UCLA leaving them outside of the bracket. USC could need two wins in their conference tournament.

Notre Dame (Out)- The Irish are an interesting story since they have been without their best player Bonzie Colson, who has been injured. Bonzie is now back and I know I would not want to see this team in March. Problem is Notre Dame needs a solid win or two to make it in.

Utah (Out)- Utah simply needs to prove that they belong in the Big Dance by impressing the committee in the PAC 12 Tournament.

Louisville (Out)- Louisville, blowing a significant lead and losing at the buzzer to Virginia and falling to NC State, may be kept out of the NCAA Tournament, but they still have a good chance to get in if they prove themselves by winning a few games in the ACC Tournament.

Washington (Out)- The Huskies are on their last limb after losing to Oregon, so they may need to pull off an upset in the PAC 12 Tournament or they will not make the tournament

Penn State (Out)- Penn State may have a slim amount of life since they beat Ohio State for the third time and fell to Purdue in the semi-finals of the Big Ten Tournament. Only time will tell if they will be dancing in March Madness.