Rob Gronkowski Would Rather Retire Than Leave the Patriots 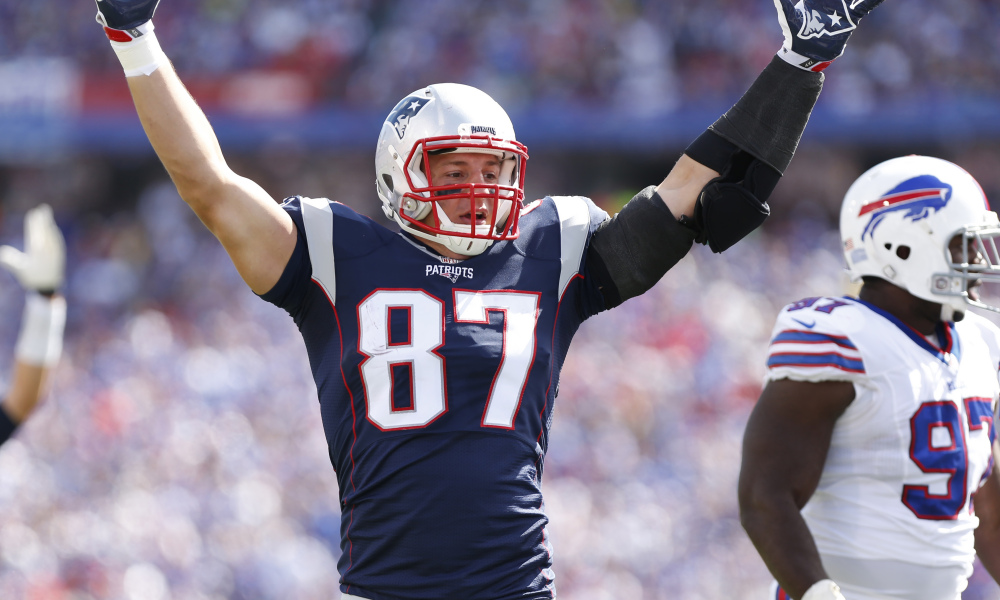 Say what you want about Patriots tight end Rob Gronkowski, but he is nothing if not loyal. Reports are that during this past offseason, with trade rumors circling the star tight end, Gronkowski told the Patriots that he would rather hang up his cleats than play for another team.

I want to take you back to Gronkowski’s post game interview following the Patriots 41-33 loss to the Eagles in Super Bowl 52. Gronkowski has taken a beating during his time in the NFL. It seems as if every week the man is on the injury report with some sort of crippling injury. In fact, Gronk has missed 24 regular-season games in the last five seasons due to injury. Add that in with the alleged Patriots locker room dysfunction and you get a melancholy Gronkowski saying this to reporters in his press conference:

“I don’t know how you heard that, but I mean I’m definitely going to look at my future, for sure… I’m going to sit down in the next couple of weeks and see where I’m at.”

It is now clear that the thought of retirement has been circling around inside the head of Rob Gronkowski.

Jump ahead to the April NFL Owner’s Meetings in Orlando, Florida. Other teams, seeing what was happening inside the hallowed halls of One Patriot Place, sensed an opportunity to acquire a future Hall of Fame tight end. NFL reporter Albert Breer had this to say during the meetings:

Last week, we mentioned this in the GamePlan (https://t.co/3cCCQbHsEU), and I'd repeat it — my expectation is the Patriots will be getting trade calls on TE Rob Gronkowski. In fact, a couple teams told me in Orlando that they were planning on making them.

Breer later went on to report that four teams had reached out and had conversations about acquiring Gronkowski: the Titans, Lions, 49ers, and Texans. Patriots fans were on edge. The Titans and 49ers even had offers on the table. Pats fans hadn’t been this nervous about their team in a very long time. You know, because they win a lot.

Jump ahead to today, where NFL insider Ian Rapport said that Gronkowski put a halt to these offseason trade talks by saying he would rather retire than play for any team besides the Patriots. He would rather sit on his couch on Sundays than not catch passes from Tom Brady. Actually, that’s a lie. A post-playing career Rob Gronkowski wouldn’t be just sitting on his couch when he’s not playing. He’d be off being a professional wrestler, or television personality, or party cruise activities coordinator.

This is really incredible if you think about it. What other player has that kind of clout within an organization to do this? It just goes to show you how much the Patriots respect Gronk as a player to abide by his wishes and not trade him to Tennessee or wherever they were close to sending him.

And just a few weeks ago, the Patriots made Gronkowski even happier when they restructured his contract for this upcoming season:

The 2018 Patriots need productive pass-catchers, and keeping Gronkowski around certainly helps that. This year’s Pats are without Brandin Cooks, Danny Amendola and Julian Edelman for the first four games, so it’ll be very important that they have Rob Gronkowski around to ensure Tom Brady has success.