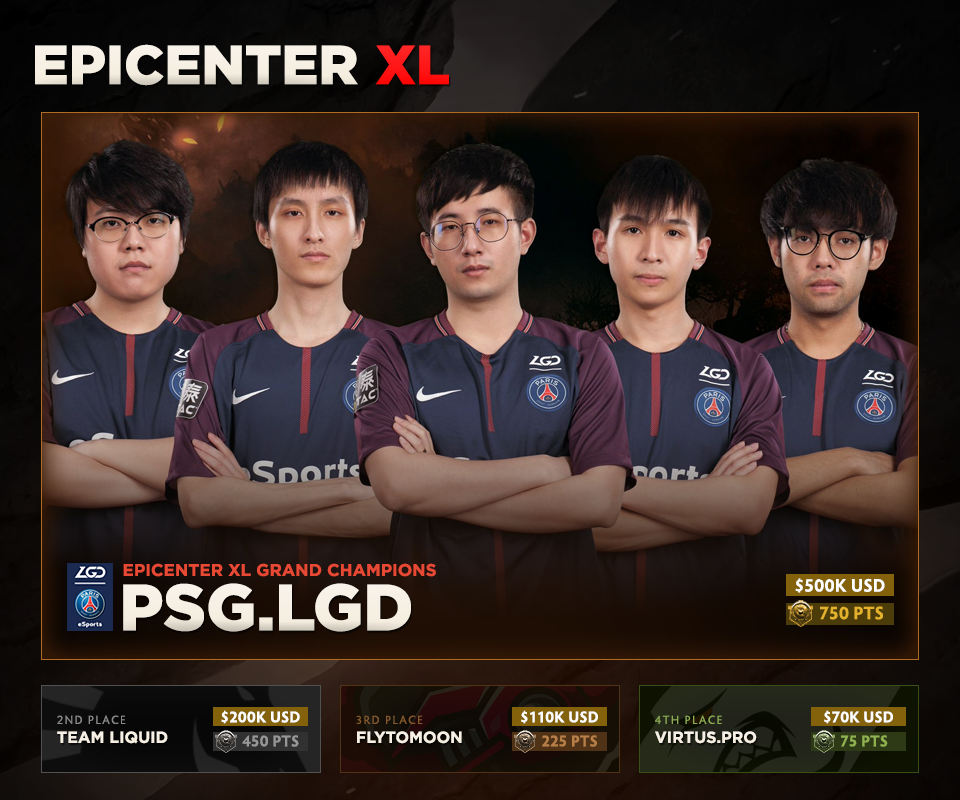 Giant Chinese team, PSG.LGD (previously known as LGD Gaming) has won EPICENTER XL Major tournament in Russia. The team outclassed their opponent in a 3-1 victory over The International 2018 winner, Team Liquid. This win puts the team into 4th place in the DPC ranking, with 4,071 points, trailing Team Secret’s 4,710 points. LGD was the first professional team picked up by a football franchise that won a tournament with DPC points. PSG, or Paris Saint Germain, announced on April 19, 2018 that they will be a partner and the main sponsor for LGD Gaming moving forward.

In other news, Team Liquid, the defending The International Champion, are mathematically qualified for a direct invite to The International 2018. They have 6,084 points, which is well above the amount of points needed to automatically qualify for The International, which is 5,151 points based on current DPC tournament’s plan from Valve. This made Team Liquid the second team already qualified. The first team to do so is none other than the Russian super team Virtus Pro, with 8,097 points and still counting to this day.

With four DPC rewarding tournaments happening in the coming month, there will be no lacking of Dota 2 action for the fans.