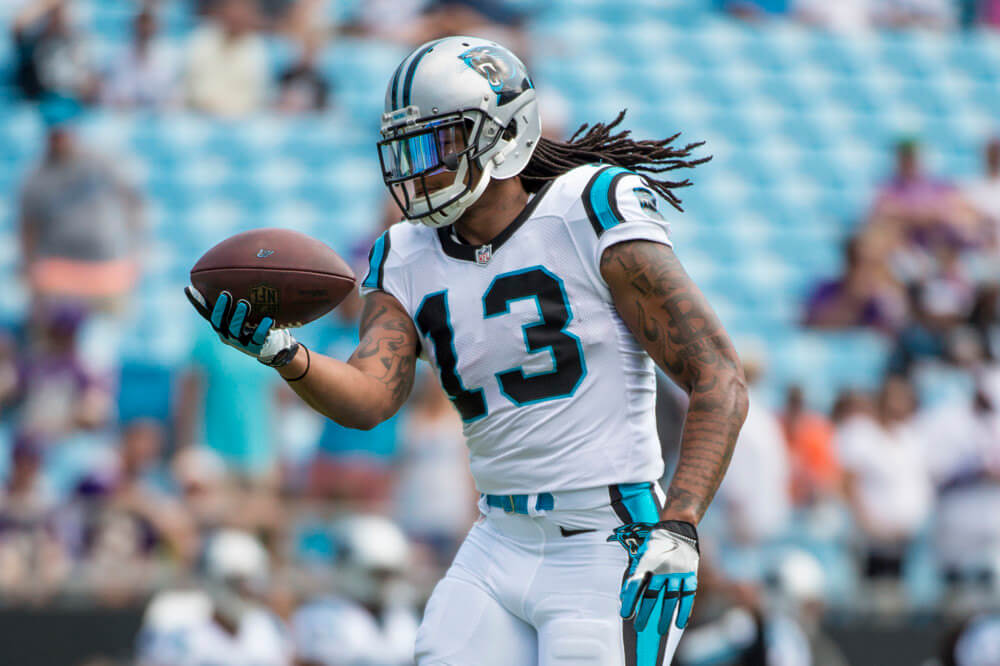 The Carolina Panthers and Buffalo Bills have come to an agreement to send wide receiver Kelvin Benjamin to Buffalo.

Panthers Get: 2018 3rd and 7th Round Draft Picks
Bills Get: Kelvin Benjamin

Kelvin Benjamin is in his fourth year out of Florida State University. His rookie season was his most successful one, catching 73 passes for 1,008 yards and nine touchdowns. This marks his only 1,000-yard season. He missed his sophomore campaign with a torn ACL.

Benjamin returned to Carolina for his third NFL season and played in all 16 games. Whether it was due to incompetencies from the quarterback position or not, Benjamin’s stats reduced to 63 catches for 941 yards and seven touchdowns. While it is not much less, many Panthers fans were frustrated with his showing, as well as the performance from the rest of the offense. Through half of this season, Benjamin has totaled 32 catches for 475 yards and two touchdowns, which is a similar pace to last season.

After trading away talented, but injury-prone Sammy Watkins, the Bills have been missing a go-to receiving option in the passing game. With Tyrod Taylor’s strength being his deep ball, he did not have the weapons at his disposal to utilize this strength. Even with this considered, the Bills have exceeded expectations and have earned a 5-2 record, which puts them in great position to fight for a wild card birth.

The addition of Kelvin Benjamin will give Tyrod Taylor a big-bodied receiving target to throw downfield to, which should compliment the effective running of LeSean McCoy. If the defense continues to play at the level they currently are at, this acquisition could be the key to a playoff birth.