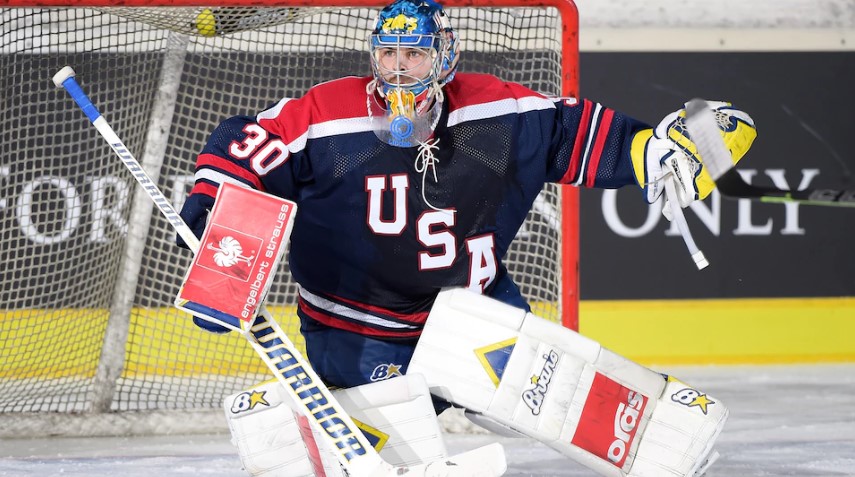 Team USA sees its first action of the Olympic Men’s Hockey Tournament on Wednesday in Pyeongchang, and on the surface, a matchup with Slovenia seems like a good way to ease into the tournament.

But a deeper look shows both the Americans and the Olympic Athletes of Russia – who open at the same time against Slovakia – better be ready to go.

With NHL players not coming to this year’s event, it’s evened up the talent discrepancy between the top hockey-playing countries of the world and those like the Slovenians or Slovaks, whose rosters will more closely resemble what they have been in recent Olympics.

And, it’s a short tournament, so gaining momentum quickly is important. A sloppy opening game could translate to trouble getting things up to full speed quickly.

Ryan Zapolski, who ironically plays in the KHL in Russia, has been announced as the starting goaltender in the opener for Team USA, and he will play a big role in the Americans’ hopes of finding the medal stand.

The Americans and Russians still are solid favorites to win these openers, but they’d better have their full attention, or the puck could bounce wrong and get them off on the wrong foot.

Team USA and Team Canada continued their march towards the first of likely two collisions in the women’s tournament, with solid wins on Tuesday.

The U.S. knocked off Russia 5-0, getting an Olympic record in the process. Forward Jocelyne Lamoureux scored two goals six seconds apart – the fastest two goals scored by a player in Olympic history. The Americans dominated the game, outshooting Russia 50-13, with Nicole Hensley getting the shutout for the U.S.

Finland, which pushed the U.S. in its opening loss, also had quite a few good looks against Team Canada, but Shannon Szabados turned away 22-of-23 shots, as Canada scored a 4-1 triumph. Melodie Daoust had her third goal of the tournament in the win.

Team USA and Canada will face off at 9:10 p.m. CST on Wednesday night in a likely preview of the gold medal match. The winner gets the group title and No. 1 overall seed heading into bracket play in the tournament.