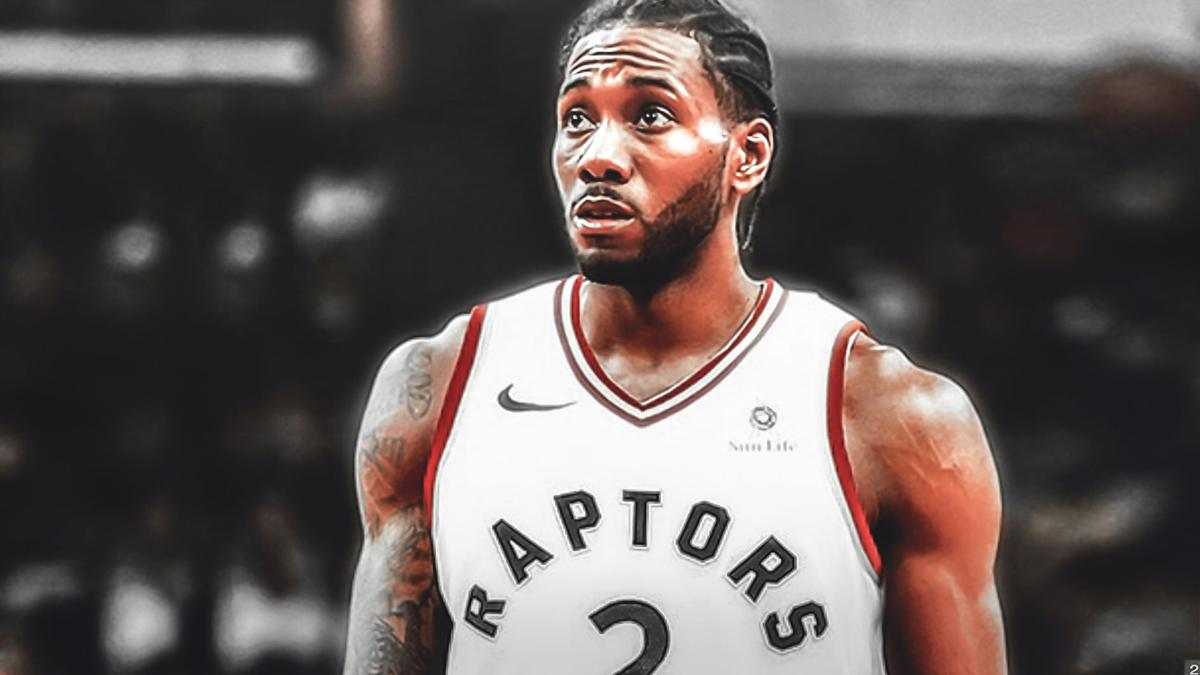 The dust is beginning to settle after all of the NBA moves this offseason. Here are the winners, loser and bystanders in the Eastern Conference from the NBA Offseason.

There was really no way for the Atlanta Hawks to be winner or loser this offseason because there was no way they were going to land a top free agent. Instead, the Hawks made a deal with Oklahoma City that sent German point guard Dennis Schröder to OKC in exchange for Carmelo Anthony, who the Hawks promptly bought out. They also made a deal to bring in journeyman point guard Jeremy Lin to join fifth overall pick Trae Young. Unfortunately, the Hawks will be in the basement of the NBA again this season and Young may be their only hope, despite having a hot-and-cold Summer League showing.

Notable departures: None, unless you count Abdel Nader

The Celtics are essentially running it back with the same roster, but will basically be adding a healthy Kyrie Irving AND Gordon Hayward to the team that went to the Eastern Conference Finals. They felt so comfortable with their roster that Danny Ainge drafted Robert Williams to be a project for the next few years while the team competes for the title. The Celtics also accomplished their most important, albeit only, goal this offseason by resigning Marcus Smart to a 4-year, $52 million deal. Look for Danny Ainge to deal Marcus Morris at some point before the trade deadline so the Celtics can clear the $2.5 million to move under the luxury tax line.

The Nets had only one contract through the 2021-22 season going into this offseason, which meant that they had a lot of flexibility with trying to sign free agents and pulling off draft day deals. Unfortunately, the Nets opted for neither of those things. They traded Timofey Mozgov for Dwight Howard only to get rid of him shortly after (this was actually a good thing!). This will be the first season that the Nets will have their own first round draft picks since the trade they made with the Celtics back in 2013, so it makes sense for them to burn through the contracts they have with mediocre players so they can retool for a more competitive future. In the short term, the Nets didn’t help themselves with the players the acquired, but it was ultimately the right thing to do.

The Hornets actually made a good move as a franchise by trading away Dwight Howard for Timofey Mozgov’s expiring contract, which will free them nearly $17M for next offseason. Not only that, but they flipped Mozgov for Bismack Biyombo from the Orlando Magic. By bringing in Tony Parker and drafting Miles Bridges, the Hornets have combined the young and the old to surround Kemba Walker with during his final year before free agency. Ultimately the Hornets may be, at best, contending for a playoff berth at the end of the season, but by getting rid of a head case and replacing him with a seasoned veteran point guard and a very solid lottery talent they will be able to effectively move forward for the year.

The Chicago Bulls may not have lost anyone, but they signed some absolutely awful contracts this offseason. Sure, Wendell Carter Jr. was a good pick for the Bulls to make in the draft, but he played through a sore Achilles tendon at Duke, Zach LaVine recently returned from a torn ACL, and Jabari Parker keeps tearing his ACLs. The Bulls invested way too much money into both players, as LaVine re-signed for 4 years and $78M, while Parker’s deal is for 2 years and $40M. The Bulls will be in the basement of the NBA this season and, quite frankly, they deserve it after making such poor decisions this offseason.

The Cleveland Cavaliers could have been categorized as losers just because of the fact that LeBron has moved on from his hometown team for the second time in his career. However, the issues for the Cavaliers will continue to progress now that they have signed Kevin Love to a 4-year, $120M extension. The Cavaliers need to try to dump all of their bad contracts in order to try to retool in a few years. By resigning Kevin Love, the Cavaliers are demonstrating they want to be in the purgatory of the NBA, where their ceiling is the 7th/8th seed in the playoffs and their floor is just above garnering a top-five selection. Rodney Hood is a RFA for the Cavaliers so time will tell if he re-signs.

In a league that seems to be moving more and more towards positionless basketball, featuring small-ball lineups, the Pistons remain one of the only teams in the league that breaks the mold. At the trade deadline, they acquired Blake Griffin to pair alongside Andre Drummond. This sounds good on paper, but the Pistons struggled spreading the floor on the offensive end with Reggie Jackson at the point. Khyri Thomas is a good 3-and-D player for the Pistons, but they didn’t attempt to sign any notable free agents unless you count another big man; Zaza Pachulia. The Pistons may look to move Reggie Jackson, who will be a free agent next season, at the trade deadline so they can make some moves in either the draft or 2019 free agency.

UCLA guard Aaron Holiday surprisingly fell to the Pacers with at the 23rd overall pick, but it wasn’t the only surprising thing that went Indiana’s way this offseason. The Pacers already have a young, but talented, core of Victor Oladipo, Domantas Sabonis, and Myles Turner mixed with cool veterans like Thaddeus Young and Bojan Bogdanovic. However, the Pacers also made three really good signings for their team headed by former Memphis Grizzly; Tyreke Evans who many believe will have a huge impact for a team that took the Cavaliers to seven games in the 2018 playoffs. Kyle O’Quinn and Doug McDermott are also solid signings and will provide the depth Indiana so desperately needed last season.

The Miami Heat accomplished their one big mission this offseason and re-signed Wayne Ellington for 1-year, $6.2M. However, many experts and fans alike were stunned that the Heat sat idly by during the 2018 draft and ended up not having a single first or second round pick for the whole draft. With Dwayne Wade receiving an offer from the Zhejiang Golden Bulls for 3 years and $25M, the Heat may lose him as well if he doesn’t simply retire. The Heat are going to run it back the same roster that lost in five games to the 76ers in the 2018 playoffs and will most likely see a similar season as their 2017-18 campaign. Look for them to be sellers at the trade deadline.

In a previous article I wrote, I dubbed the Bucks as ‘Losers’ in free agency. After considering all of the lineups the Bucks could run, featuring either Giannis Antetokounmpo or Bledsoe orchestrating the offense and the different combinations that could be run with Brogdon, Middleton, Lopez, Henson and Maker, I am coming around on this roster. The Bucks could have certainly signed some better free agents and I still stand by my take that 3 years and $21M for Ersan Ilyasova was a bad decision when the Bucks could have maneuvered cap space, or pulled of a trade, to make room for a run at Clint Capela if they really wanted to. Otherwise, at the time the Bucks signed Ilyasova, DeMarcus Cousins had signed for $5.3M, making the Ilyasova deal look especially bad with context.

The New York Knicks made a great selection with Kevin Knox in the 2018 draft. Unfortunately, they did not make a splash in free agency to garner any real progress for the short term future. The Knicks have always been a franchise that has been a little down on its luck, and that trend is set to continue into the 2018-19 season. The good news for the Knicks is that, after the 2018-19 season, Joakim Noah’s contract will expire, along with Courtney Lee’s, and Tim Hardaway Jr. will have a player option that he will most likely opt out of. This will free up $50M for the Knicks to probably blow on third tier free agents again.

The Orlando Magic made a trade for Timofey Mozgov that may not result in many wins this season, but it will help the Magic long term as Mo Bamba will be the day-1 starter and in terms of cap space. After the 2018-19 season, the Magic will see Mozgov, D.J. Augustin, Jonathon Simmons, and Jerian Grant become unrestricted free agents and Evan Fournier will have a player option. This means the Magic could have $30-47M of free cap space next season! Look for the Magic to attempt to score another high draft pick and make a splash in free agency next offseason.

The Philadelphia 76ers’ offseason was pretty painful for their fanbase. First, they missed out on the LeBron James sweepstakes. Then, they were linked to Kawhi Leonard trade rumors that obviously didn’t go through. Finally, they lost one of the few guys on their team that actually kept defenses honest with his shooting ability in Marco Belinelli. They 76ers did re-sign JJ Redick for another year, but this offseason was disappointment after disappointment for Philadelphia fans. Unless Ben Simmons (and Markelle Fultz) can develop a jump shot, the 76ers won’t be able to truly contend for a title given that so many other teams in the Eastern conference made big strides to improve and/or are going to be at full strength this season.

The Raptors made the difficult decision to deal for Kawhi Leonard and let DeMar DeRozan go. Many feel this was a dumb trade because Kawhi Leonard is going to go to LA at the end of the season and it is simply a given fact. Allow me to remind you of Paul George who said he was going to go to Los Angeles when he became a free agent, was traded, and then re-signed with the Thunder instead of going to the Lakers. I think it is completely plausible that, if the Raptors have a successful season, Leonard may see the East as an easier way to get to the Finals. Everybody remembers the Raptors for being swept by the Cavs, but many seem to forget that this team was the top seed in the East, has great depth, and now has who many consider a top-5 player in the NBA.

The Washington Wizards had a very eyebrow-raising offseason. For a team that has been trying to make a breakthrough in the East for years, they drafted Troy Brown, who is solid, but a multi-year project nonetheless, signed Dwight Howard, who is a locker room cancer, and signed Jeff Green, who has done nothing but disappoint anyone who he plays for outside of five good performances a season. The good news for the Wizards is that they will have seven players become unrestricted free agents after next season, giving them almost $40M to try to retool to actually become a legitimate threat in the East.