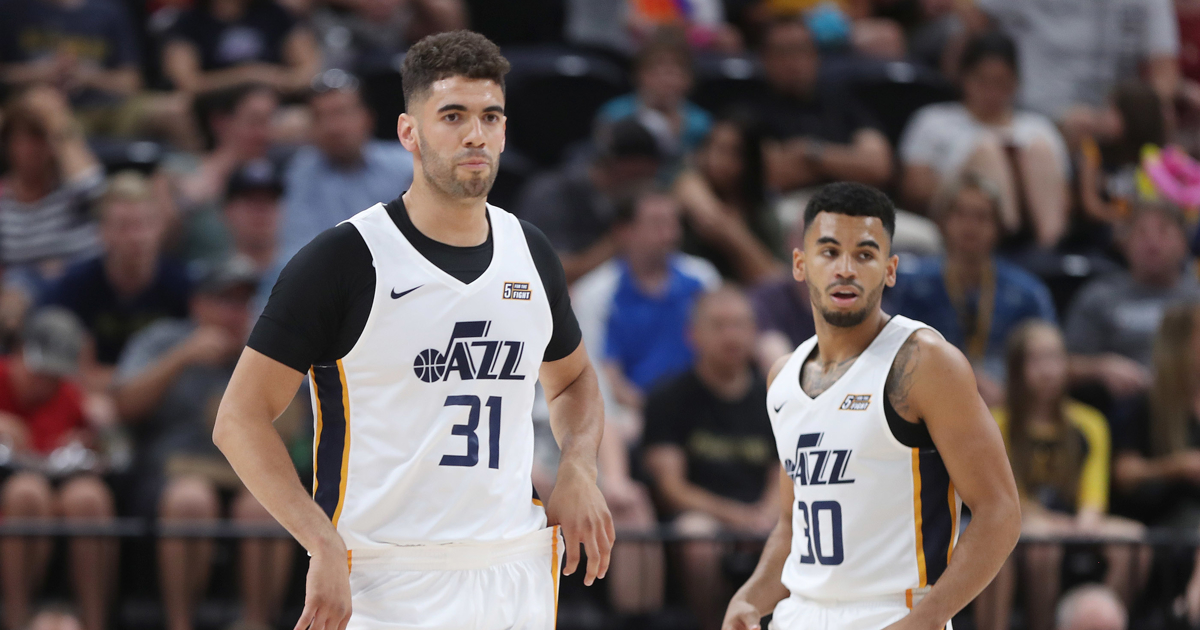 Georges Niang was a star at Iowa State. While he struggled to find his true position early in the NBA, he has played well this summer from the wing. Niang has been the leading scorer for the Utah Jazz across seven games between two Summer Leagues. The productive summer placed Niang as the early favorite to take the roster spot left by the waived Jonas Jerebko. That said, the 6’6″ forward took a step back on Wednesday against Orlando.

Niang’s feature skill has always been his scoring ability. He was a dominant scorer at Iowa State. That ability generated the buzz around Niang to begin the summer. Of course, even the best offensive talents will be off every once in a while.

Wednesday was Niang’s off-night. The wing struggled mightily from the field (4-16, 25.0%). It was Niang’s worst shooting performance of the summer to date. He still managed double figures with 12 points and hit both of his free throws in the game. Niang also added 11 rebounds, which gave him a double-double on the evening. The stout rebounding effort diverted some of the attention from Niang’s poor offensive performance.

Center Diamond Stone helped Utah edge the Magic as well. Stone, a former Maryland Terrapin, posted a double-double of his own with 14 points and 11 rebounds. Although it is unlikely that Stone makes any real contribution for the Jazz in 2018, it is nice to see production from a player that may have left the NCAA ranks too early.

The Orlando Magic did not play either of the team’s summer stars in the loss to Utah. Both center Mohamed Bamba and forward Jonathan Isaac sat the contest out and their absences showed. The pair created a brick wall on the interior when on the court together to start Summer League. Coupled with electric forward Aaron Gordon, they could form a formidable frontcourt in Orlando for years to come.

Without the Summer League leaders, the Magic looked for a team effort against the Jazz. Forward Wes Iwundu (11 points), center Khem Birch (11 points) and point guard Troy Caupain (14 points) all reached double figures in the 75-70 loss. Caupain was the top performer and added 8 rebounds and 5 assists to his nightly totals. The team only recorded 2 blocks in the game, a mark usually achieved in the first quarter when Bamba and Isaac play.