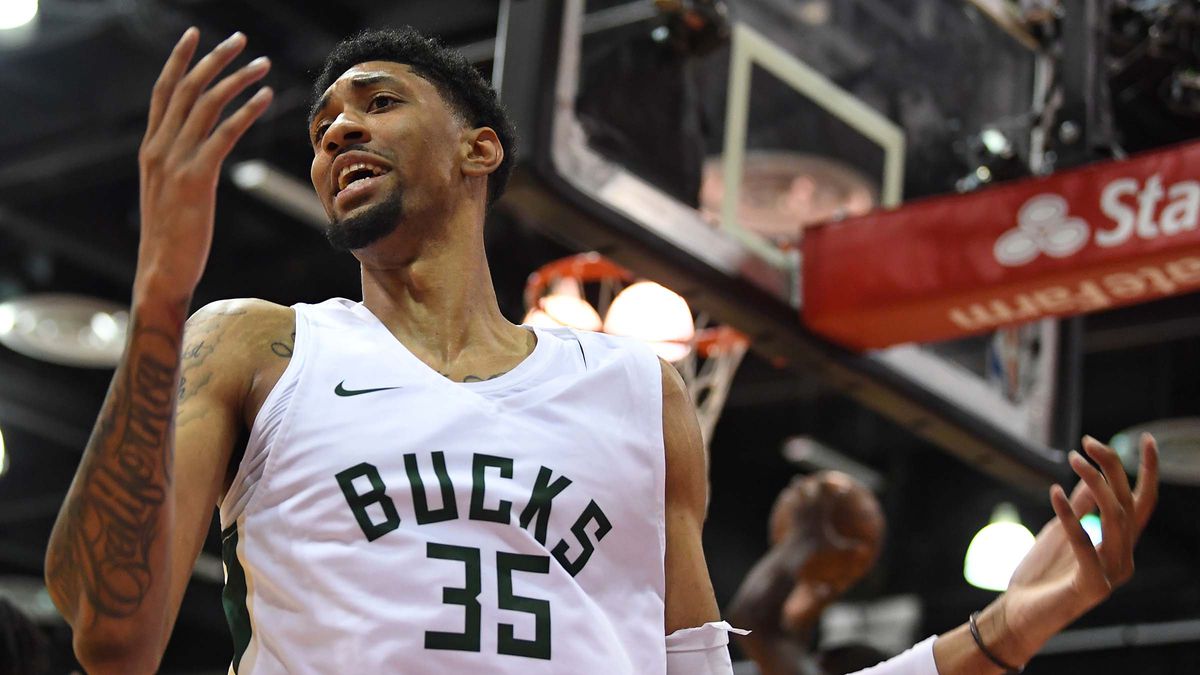 An 83-75 overtime win for Milwaukee advances them to the next round of the Summer League Tournament. It was a game that was controlled by Milwaukee until the end. The matchup was supposed to be a battle between Donte DiVincenzo and Lonnie Walker IV. However, DiVincenzo was on a minutes restriction and didn’t provide any scoring and only had 2 steals. Also, Walker injured his ankle during the game and was unable to play through it. He finished with 5 points and 9 rebounds on 2-of-9 shooting. This game was less about them and more about Christian Wood for Milwaukee and Jaron Blossomgame for San Antonio.

Christian Wood is a Man on a Mission

Looking to get a roster spot is making Wood one of the most intriguing candidates for any team. In Thursday’s game, Wood put up 26 points and 15 rebounds while shooting 57% and 66% from three. Christian Wood needs to have more buzz around his name right now because he has proven this ability to completely take over a game. Obviously this is Summer League, but it seems as if he is putting his entire game together and is ready for the NBA.

Wood wasn’t the only Buck to have a great performance. D.J. Wilson had 19 points and 10 boards to help take some of the pressure off of Wood. Travis Trice II came up big in overtime scoring 5 of the team’s 8 points. Also, Sterling Brown who was terrific in his last game struggled to get his stroke going but had 13 points on the night. Brown also managed to have one of the best moments of Summer League yet. He pulls up from three to go up 8 points in OT and shouts “game” right before his shot goes through the net. Now that’s confidence.

No Walker and White Costs Spurs

With Lonnie Walker IV getting hurt and Derrick White not playing the Spurs were unable to top the Bucks. Unfortunately, without these two there was little for the Spurs to turn to. It was Jaron Blossomgame that was the star with the others out. He finished with 19 points and 9 rebounds but was unable to score in OT to further his effort for a Spurs win. He also had some help from Olivier Hanlan with 18 points, 4 rebounds, and 2 assists. It was the Spurs inability to get to the free throw line and losing the rebound battle with the Bucks that cost them the game. They had plenty of blocks (14) but the Bucks had just as many offensive boards. The Spurs are now eliminated from the tournament and the Bucks will fave the 76ers on Saturday.