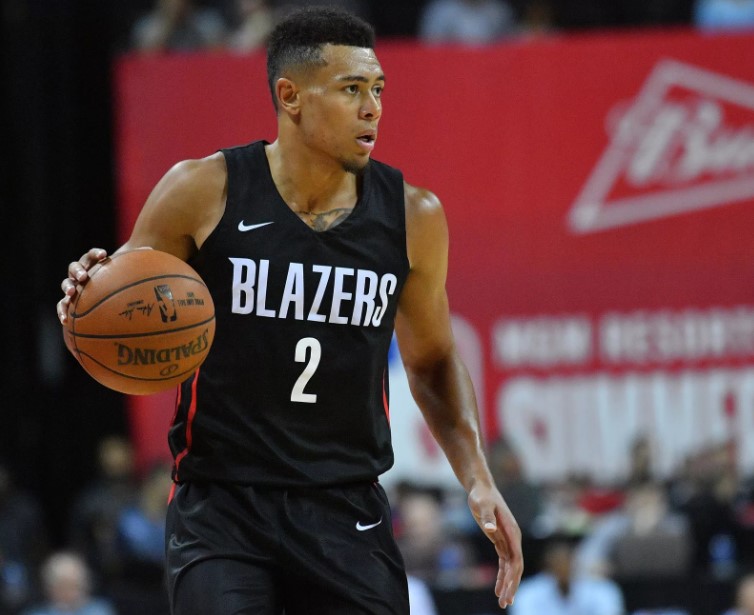 The Portland Trail Blazers are so committed to winning with a guard-heavy line-up that even their Summer League team operates that way. The team improved to 4-0 on the summer, led once again by Wade Baldwin IV. Rookie guards Anfernee Simons and Gary Trent Jr. have been playing huge roles in the summer success. The performances come at a great time for Portland. The team experienced some turnover with both backup guard spots this off-season. Baldwin IV, Trent Jr., and even the young Simons could all see playing time in 2018.

Wade Baldwin IV continued his run as one of the better players in all of Summer League. The former Vanderbilt standout posted another complete stat line with 15 points, 6 rebounds, and 8 assists. Baldwin also kept up his strong shooting and connected on 6-12 from the field (50.0%). Possibly more impressive, the point guard turned the ball over just once despite the 8 assists. Baldwin finished the game with an absolutely absurd +/- rating of 25.

Baldwin was not alone in the winning effort. Both forward Jake Layman and Anfernee Simons scored 20 points and shot over 60.0% combined. Layman’s shooting display was especially impressive as the explosive swingman drained 4-5 from three-point range (80.0%).

Layman has been highly productive throughout the Summer League. While likely not a starting talent, the improvement from Layman could help him earn a real opportunity with Portland. The team’s wing depth has been its Achilles heel for the past three seasons.

The Atlanta Hawks chose to rest both point guard Trae Young and forward John Collins against Portland. The result of the decision was the 95-69 drubbing Portland handed Atlanta. That said, wins and losses matter very little in Summer League. The main focus is on the young players.

Omari Spellman is one such young player Atlanta has high hopes for. One of Atlanta’s three first-round picks this summer, Spellman turned in his best performance of the summer against Portland. The Villanova product led Atlanta with 20 points on 7-16 shooting (43.8%). The offensive display included Spellman knocking down 3-6 from distance. The 6’9″ forward added 5 rebounds, 3 assists, and a steal to his totals for the game.