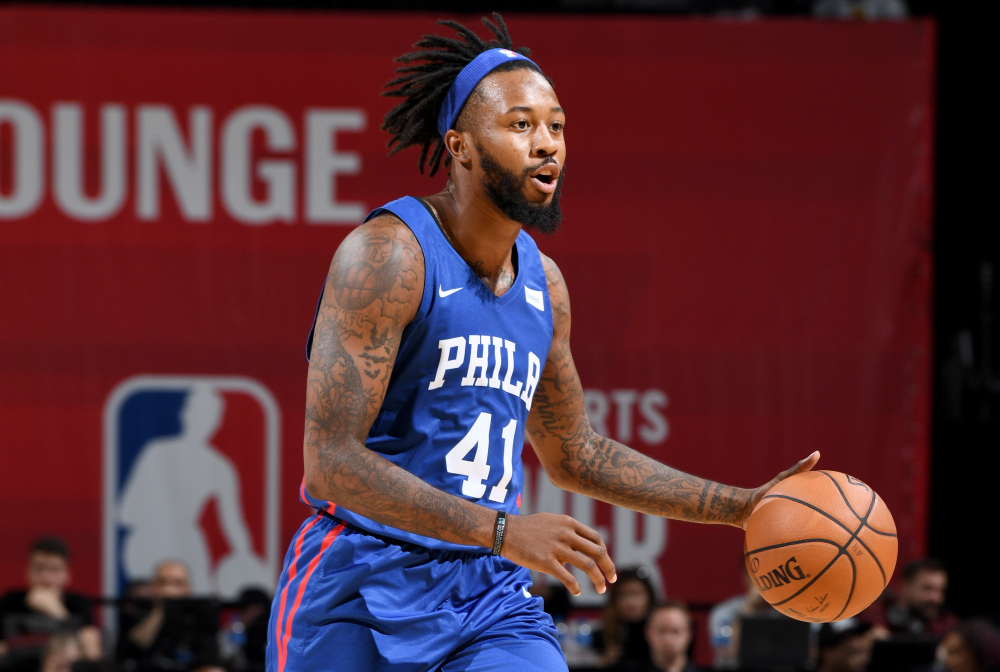 The Las Vegas NBA Summer League is no March Madness, but Thursday’s game between the Philadelphia 76ers and Phoenix Suns gave a little taste of good old favorite-underdog flair. After trailing by as many as 14 in the second quarter, the Sixers successfully erased the deficit and never relinquished the lead for the entire fourth quarter on their way to an 88-86 win. The win marked Philadelphia’s first for the Summer League and also stands as the Suns only loss thus far. With the lead never eclipsing four points over the final three minutes of action, there was plenty of excitement. Given an opportunity at the end to tie, Phoenix wound up committing a turnover to seal their losing fate.

Three-point shooting was critical for Philly in the victory. The Sixers as a team connected on 15-of-34 (44%) of their shots from beyond the arc. Isaiah Miles out of St. Joseph’s University in Philadelphia caught fire in this one, finishing 6-of-8 from three and 7-of-10 from the field overall for 20 points. He added 6 rebounds to his stat line. 2016 first round selection Furkan Korkmaz was next in line, chalking up 18 points, 5 boards and 3 assists. Askia Booker put together a solid all-around night with 11 points, 7 rebounds, and 6 assists. The other 76ers in double figures were Demetrius Jackson and Cameron Oliver, each checking in with 10 points.

As big a part as the three ball was in the win for Philadelphia, it was one of the crushing blows suffered by the Suns, who shot just 5-for-20 (25%) from distance. Shaquille Harrison was the leading scorer for Phoenix with 17 points to go along with 8 rebounds, 6 assists, and 3 steals. 2017 second round pick Davon Reed finished with 16 points, 5 boards and 4 helpers. Dragan Bender scored 12 points, and number 1 overall pick DeAndre Ayton put in 10 to go with 9 rebounds. It was not Ayton’s best Summer League performance by any stretch, as he also committed 6 turnovers.