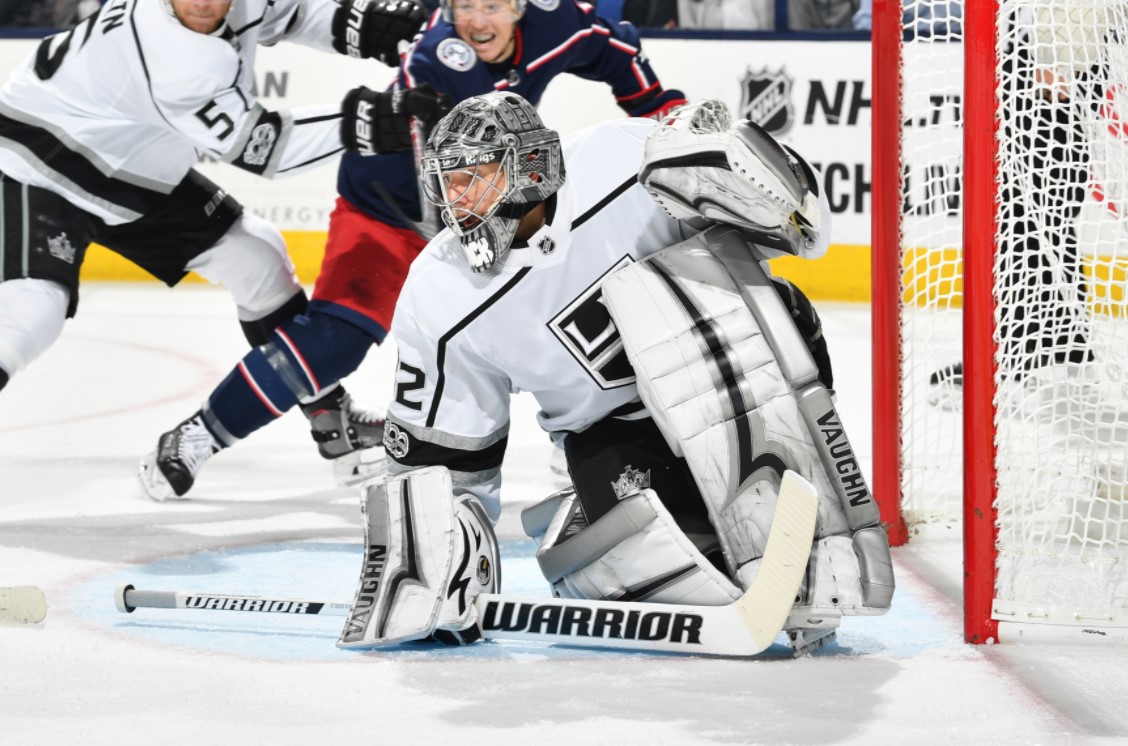 ALL HAIL THE VEGAS GOLDEN KNIGHTS! This past week the Vegas Knights set a record for the best start to a season for an expansion team, beating the Colorado Avalanche 7-0 to move to 8-1 on the season. The Vegas Knights are just one of three teams with only one regulation loss, with the Ottawa Senators and the Los Angeles Kings being the other two. Is the run sustainable? Probably not, but what the Knights are doing right now is unbelievable and is great for hockey as well as that city. As we get deeper into the NHL season we are starting to see who the real contenders are and who should already be looking ahead to next season.

The Penguins continue to look nothing like the team that won back-to-back Stanley Cups the last two seasons. After two home wins over the Oilers and the Jets to start the week, they lost back-to-back games over the weekend to the Wild and the Jets, which was a 7-1 blowout. Goaltending continues to be a problem, as they waived backup Antti Niemi, but Matt Murray continues to struggle. He gave up five goals on nine shots in 18 minutes Sunday afternoon to the Jets. The Penguins will continue on the road this week as they face the Oilers and Calgary back-to-back before finishing the week in Vancouver against the Canucks.

The Canucks had a week to remember, going 3-0 with impressive wins at Minnesota and home to the Capitals while also snagging a win in Detroit. The youth movement has done wonders, as rookie Brock Boeser leads the team with seven assists and nine points, while third line right winger Derek Dorsett leads the team with a surprising six goals. The goalie tandem of Anders Nilsson and Jacob Markstrom continues to be strong, allowing only three goals in three games last week. The Canucks will be tested at home this week, as they have have three home games against the Stars, Devils, and the Penguins.

For Ottawa, consistency has been key. They have struggled to put teams away, having five overtime losses, but have managed to only have one regulation loss. The Senators went 1-0-2 this past week, beating the Flyers at home, but falling in overtime at home to the Kings and on the road to the Devils. The return of Erik Karlsson has been massive, as he has nine assists in his first six games, but the loss of Kyle Turris in the last two has been major. Turris has totaled eight points in nine games this season, while centering the top line. A bounce-back year seems in store for Derick Brassard, who has 11 points in 11 games. The Senators have three home games this upcoming week, facing the Canadians, Red Wings, and the upstart Vegas Knights.

The Blue Jackets had a relatively good week, going 2-1-0, with home wins over Buffalo and Winnipeg before ending the week with a loss in St. Louis to the Blues. Sergei Bobrovsky continues to be one of the best goaltenders in the NHL, with a 1.86 GAA and a .938 SV%. Artemi Panarin continues to be the straw that stirs the drink, as he leads the team with nine assists and ten points. The Blue Jackets have a tough week ahead, as they face the Bruins at home before heading on the road to take on the Panthers and the Lightning.

The Maple Leafs had a bit of a down week from their standpoint, going just 1-2-0 with a great win over the Kings to start the week, but ended the week with home losses to the Hurricanes and the Flyers. Much like the Penguins, goaltending continues to be a major weak spot for the Maple Leafs. Frederik Anderson allowed ten goals in the two losses as his GAA fell to 3.61, as well as his SV% to .890. Auston Matthews continues to lead the offense with eight goals and 15 points, but unless they figure out the goaltending situation, the Maple Leafs will continue to come up just short. The Maple Leafs will have a jam packed, rigorous week, with four road games against the Sharks, Ducks, Kings, and Blues.

I think it’s time we start to take this team seriously. After going 2-0, with wins over Ottawa and Arizona this week, the Devils have now won 5-of-6 and have shown no signs of slowing down. The speed on this team is for real, and the depth is outstanding. Veteran Taylor Hall leads the charge with 13 points, but rookie defenseman Will Butcher is right behind him with 11 points. Young left winger Jesper Bratt is third with ten points of his own. The Devils will have a tough week, as they go on the road for three games against the Canucks, Oilers, and Flames.

This team is young, fun, fast, and the real deal. The Knights continued their torrid start, with a 2-0 week that featured home wins over the Blackhawks and a 7-0 thumping of the Avalanche. The Knights have already faced adversity, losing top two goaltenders Marc-Andre Fleury and Malcolm Subban, but third stringer Oscar Dansk has stepped in to go 3-0 with a 1.35 GAA and a .959 SV%. The offense has also been clicking. James Neal started the year hot and still leads the team with ten points, but linemate David Perron and Reilly Smith each have contributed seven points each. The Knights will have a big week coming up, as they begin a road trip with four road games against the Islanders, Rangers, Bruins, and Senators.

The Blues continued their hot start to the season, with a 3-0 week with wins over Calgary and Columbus and a road victory in Carolina over the Hurricanes. Jake Allen continues to do his job in net, with a .920 SV%, while backup Carter Hutton has a 1.67 GAA and a .950 SV% in three games. The top line continues to shine, as Schwartz (15 points), Tarasenko (12 points), and Schenn (10 points) continue to be a trio that nobody wants to deal with. Defenseman Alex Pietrangelo still looks like the best offensive defenseman and is tied for the team’s lead of eight assists and tied for second on the team with 12 points. The Blues will get three games at home this week against the Kings, Flyers, and Maple Leafs.

Is there a better offense than the Lightning right now? Is there a better line than the trio of Kucherov-Stamkos-Namestnikov? The answer to both are a resounding NO! The Lightning continued their strong start to the season with wins over the Hurricanes and the Red Wings before losing to the Ducks. Steven Stamkos leads all of hockey with 17 assists and 21 points while linemate Nikita Kucherov leads all of hockey with 12 goals and is second with 19 points. The surprise for the Lightning has been the emergence of rookie defenseman Mikhail Sergachev, who is fifth on the team with ten points and has shown a real offensive firepower from the blue line. The Lightning will look to continue their hot start as they head up state to take on the Panthers before heading back home to face the Rangers and Blue Jackets later in the week.

The Kings suffered their first regulation loss early in the week to the Maple Leafs, but answered by going 3-0 the rest of the week with road wins at Ottawa, Montreal, and Boston. Goaltending continues to be where the Kings hang their hat on, as Jonathan Quick has a 1.76 GAA and a .946 SV% while backup Darcy Kuemper has a 1.92 GAA and a .929 SV%. After falling victim to the Maple Leafs, the Kings goaltenders gave up a combined three goals the rest of the week. Even with the loss of second line centerman Jeff Carter, the Kings continue to run normally as Anze Kopitar leads the team with 7 goals and 13 points, while linemate Dustin Brown is second on the team with 6 asssits and 11 points. Depth continues to be a strong point for the Kings, and they will need it while they wait for Carter to return from injury. The Kings have three games this week, as they go on the road to St. Louis to face the Blues before coming home to take on the Maple Leafs and Predators later in the week.