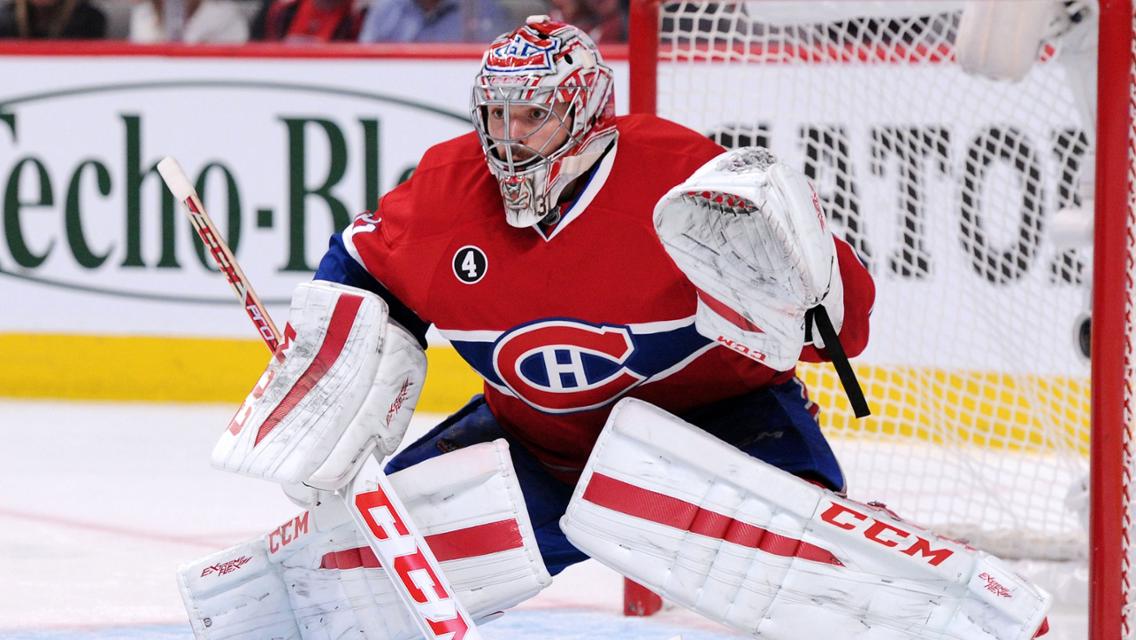 Sometimes it takes some teams a little bit longer to get their season going. For the Montreal Canadiens, it took about two months. But after a 10-1 thrashing of the Detroit Red Wings this week, the Canadiens have now won five-straight and are finally over .500. Oh yeah, they got goaltender Carey Price back, who has allowed just six goals in five games since he returned from injury. The Canadiens still have a ways to go, but with the resurgence of their offense and the return of Carey Price, this is a team nobody wants to play right now. The Flyers and Red Wings are on the opposite side of the spectrum. The Flyers have lost ten straight games, and head coach Dave Hakstol’s seat is getting really hot right about now. For the Red Wings, they have lost seven straight, including that 10-1 thrashing of the Canadiens. Hockey is a funny game, and you never know what we might get this week.

Vegas had a tough week, going just 1-3 with losses to Dallas, Minnesota and Winnipeg, before salvaging the week with a win on Sunday against the Coyotes. Goaltending is starting to catch up to the Golden Knights, as Malcolm Subban has given up eight goals in his last three games, while they continue to wait for Marc-Andre Fleury to get healthy. Vegas will need a bounce-back week if they hope to stay in the top ten. They will take on the Ducks at home before going on the road to face the Predators and Stars.

The Islanders had a light week, going 1-1 with a win over the Canucks followed by a loss to the Senators. The top line continues to lead the way, as Josh Bailey leads the team with 30 points, John Tavares leads with 16 goals, and Anders Lee has 27 points as well. The Islanders are in for a tough week, with four road games against the Panthers, Lightning, Penguins and Bruins.

Toronto continues to plug away, going 2-1 this week with wins over Calgary and Edmonton on the road before finishing the week with a road loss to the Canucks. This offense continues to hum, as they scored 11 more goals this week and now lead the NHL with a total of 99. Auston Matthews, Nazem Kadri, and James Van Riemsdyk each have 13 goals to lead the way for the Leafs. They have another three-game week, as they face the Flames and Oilers at home with a road test at Pittsburgh mixed in between.

The Devils had their first minus week in a while, going 1-2. The win came at Colorado, with the losses were to the Panthers and Coyotes. The scoring is coming from everywhere, but they continue to be led by Taylor Hall, who leads the team with 19 assists and 27 points. The Devils have a tough three game week, with a home-and-home against the Blue Jackets before finishing the week on the road against the Rangers.

The Blue Jackets split this week going 2-2. The wins came over Carolina and Anaheim at home, but dropped both road games to Montreal and Washington. Even though Sergei Bobrovsky went 0-2 this week, he continues to be arguably the best goaltender in hockey, as he sports a top-five GAA (2.02) and SV% (.931). The Blue Jackets have a three game week, as they play back-to-back games against the Devils before finishing their week at home against the Coyotes.

The Predators had a positive week going 2-1, with wins over Chicago and Anaheim and a loss to Vancouver in the middle. The acquisition of Kyle Turris continues to pay dividends, as he has eight points in 11 games and gives the Predators a second line center teams must prepare for. The Predators have three games this week against Boston, Dallas and Vegas.

Los Angeles was heading the wrong way losing, seven-of-eight, but then followed that up with a 4-0 week with wins over Detroit, Washington, St. Louis and Chicago, all on the road. The Kings outscored their four opponents 16-5 this week, as Jonathan Quick seems to have found his grove again for the Kings. They will get a three game week against the Wild, Senators and Hurricanes, all at home.

The Blues finally had a rough week, going 0-3, with losses to Anaheim, Los Angeles and Minnesota. The Blues lost their scoring touch this week, totaling just four goals in the three games. They recently split up their top line of Tarasenko-Schenn-Schwartz, as they look to restart their offense again. The Blues will look to find their groove again in a three game week against the Canadiens, Stars and Red Wings.

The Jets finally moved into the top three with a 3-1 record, as they beat the Wild, Golden Knights and Senators, with the loss coming from the Avalanche. The Jets offense was potent this last week, scoring 21 goals in four games as they were led by top linemates Blake Wheeler, who had ten points in those four games, and Mark Scheifele, who had nine points in four games. The offense will look to stay hot in a three game week, as they face the Red Wings, Panthers and Lightning, all on the road.

The Lightning are number one for the third-straight week, as they went 2-1. The wins came at Buffalo and home to the Sharks, while there was a road loss to the Bruins in between. As good as this offense has been (second in the NHL with 95 goals) the goaltending they are getting from Andrei Vasilevskiy has been just as good. He leads the league with 17 wins and has helped the Lightning to the best goal differential in the league (+28). The Lightning will look to keep it going and stay at on top after their three home games against the Islanders, Avalanche and Jets this week.

The Good and the Bad for All 31 NHL Teams
NHL Power Rankings: Lightning Continue to Roll