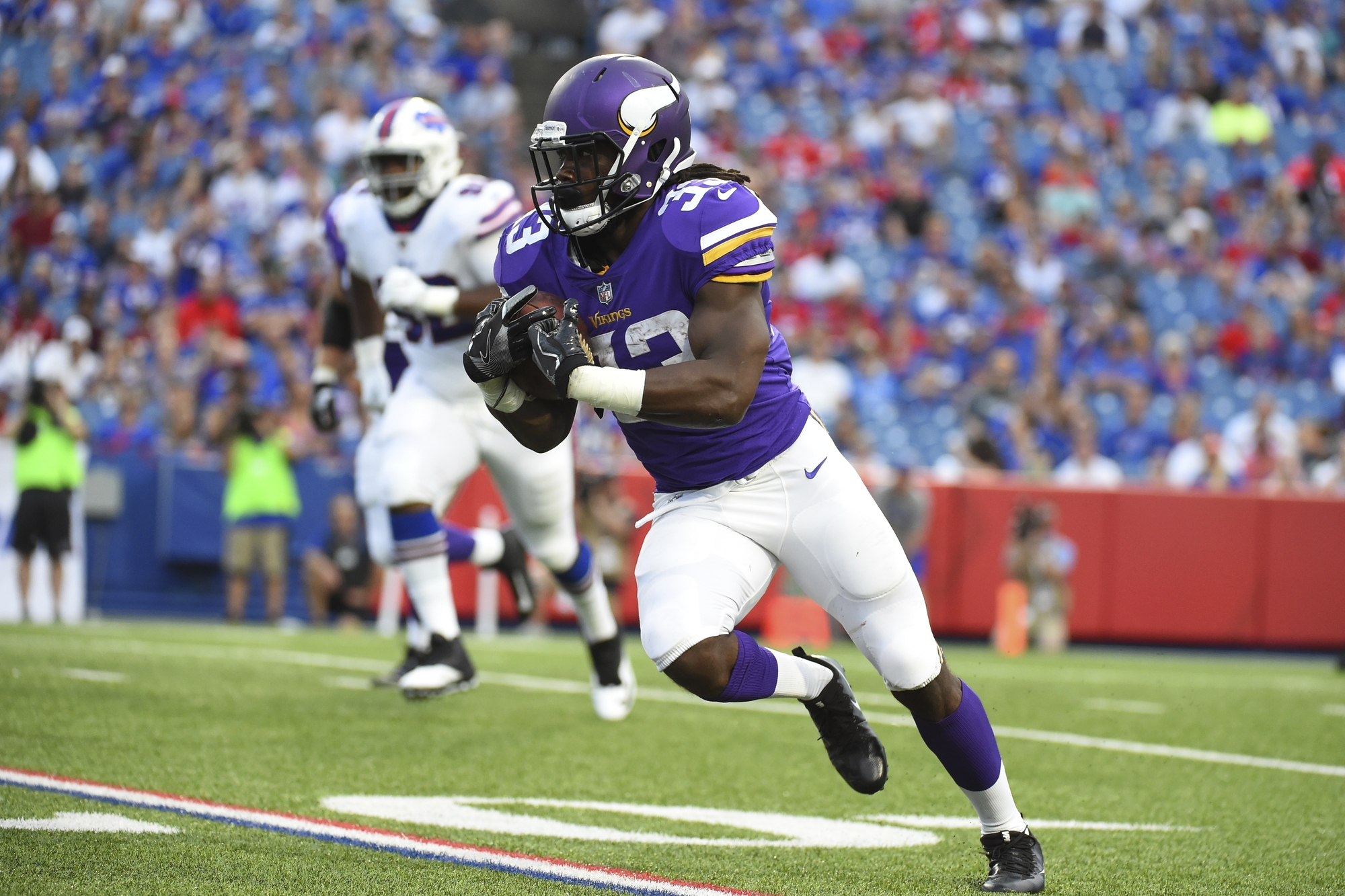 Although the Bengals have been dealing with a rash of injuries the past few weeks, the one semi-constant in their offense has been Joe Mixon. Last week against a stout Chargers run defense, Mixon put up 27.8 DK points as he rushed for 111 yards and a rushing touchdown and hauled in 5 passes for 27 receiving yards.

On the season, Mixon is averaging 16.4 rushing attempts, 78.7 rushing yards, 0.6 rushing touchdowns, 3.5 receptions, 25.7 receiving yards, 0.1 receiving touchdowns, and 18.3 DK points per game. Although he dealt with a knee injury earlier this season, he has scored 18.0 or more DK points in six of the eleven games in which he has appeared and has topped 14.0 DK points in three of the past four.

On Sunday, Mixon and the Bengals will be facing a Raiders run defense which is allowing the 10th most DK points to running backs at 27.3 per game. For all intents and purposes, Mixon is the Bengals workhorse back and the Raiders have yielded large fantasy outings to other running backs with a similar workload. These include Todd Gurley (26.7), Nick Chubb (25.5), Melvin Gordon (22.0 and 27.5), and David Johnson (19.4).

After tearing his ACL early in 2017, Dalvin Cook had a tough time staying healthy to begin the 2018 season. However, over the past few weeks he appears to be regaining some of the form that he exhibited prior to his injury last season.

Although Cook’s fantasy output has been respectable over this three-game span, earlier this week, the Vikings fired Offensive Coordinator John DiFilippo for presumably not running the ball enough. In his place, they promoted Quarterbacks Coach Kevin Stefanski, who will take over play calling duties. With Head Coach Mike Zimmer seemingly wanting to emphasize the run more frequently, Cook should have an opportunity for even greater fantasy returns.

While Miami may not immediately come to mind as a team that gives up a ton of fantasy points to running backs, they are currently allowing the 7th most DK points to the position at 28.4 per game. This season, they have allowed eight opposing running backs to score 19.0 or more DK points and they have been particularly susceptible to running backs that can catch the ball. This group includes Dion Lewis (22.0), Bilal Powell (19.0), James White (31.2), Joe Mixon (20.5), Tarik Cohen (24.1), Kerryon Johnson (22.9), Lamar Miller (22.3), and Aaron Jones (35.2).

Although Zimmer wants to run the ball more frequently, Cook has also demonstrated an ability to be a weapon in the passing game and should also see a few passes come his way on Sunday. In either case, Miami has been weak against running backs this season and Cook should be able to find success against this defense.

If you decide to roster Jeff Wilson this weekend, pay attention to Matt Breida’s injury status heading into Sunday. While Breida stated that he is ready to play, it was reported that Head Coach Kyle Shanahan was not as optimistic.

In addition, several weeks ago, Shanahan stated that they would be using the final four games to evaluate players for next season. Even if Breida is able to play, it wouldn’t be surprising to see Shanahan hold him out for at least one more week given all the injuries that Breida has played through this season. If Breida is ultimately ruled out, Jeff Wilson would then be in line for the lion’s share of the running back workload once again on Sunday.

With Breida injured the past three weeks, Wilson has averaged 15.0 rushing attempts, 61.3 yards, 0.0 rushing touchdowns, 3.3 receptions, 4.0 targets, 29.0 receiving yards, 0.0 receiving touchdowns, and 12.0 DK points per game. In addition, in the first meeting between these two teams in Week 12, Wilson totaled 20.4 DK points when he carried the ball 15 times for 61 yards and caught 8 passes on 9 targets for 73 receiving yards.

Although no one is going to put Jeff Wilson into the same class as some of the aforementioned backs in that list, he was able to have a successful day against this defense in Week 13 and if Breida is ruled out, he should have the opportunity to try and do it again.