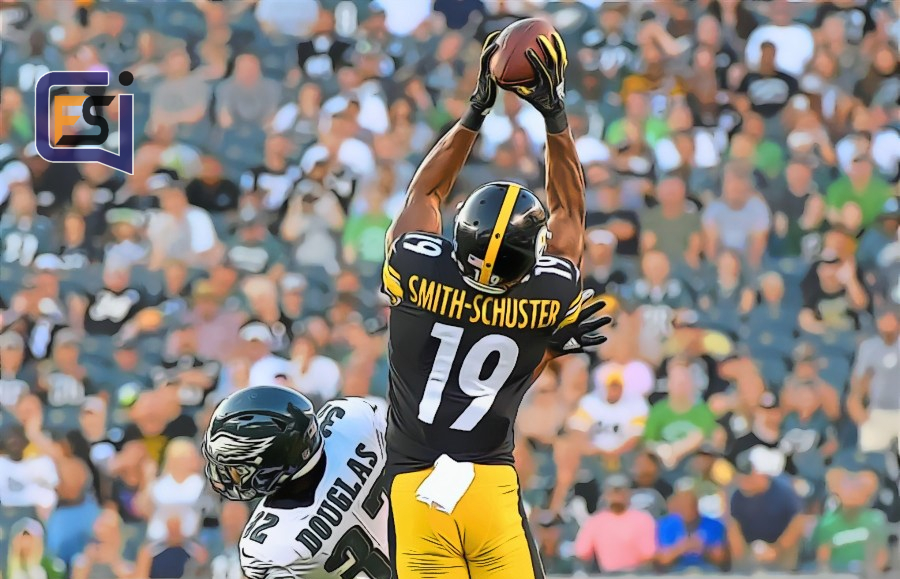 The first time the talented rookie touched the football, he exploded for 39 yards. He showed great vision, patience, and that incredible second gear when he was in the open field.

JuJu Smith-Schuster has quickly become a fan favorite not only in Pittsburgh, but across the country. If he continues to make plays like this AND be likable and relatable to the younger generation of fans, he will have an incredibly successful career in this league.

Michael Gallup Down the Sideline

It didn’t take long for the talented rookie to get involved. Here, Dak Prescott finds Michael Gallup streaking down the sideline for a touchdown. With an open competition at wide receiver, this was a big play for Gallup.

Cameron Johnston with the BOOT

Penalties are the worst. Especially when they nullify an 81-YARD PUNT by Eagles’ Cameron Johnston!

It won't show up in the box score due to penalty, but check out this 81-YARD PUNT from Cameron Johnston #ForTheBrand pic.twitter.com/pbybIxHfZU

This isn’t a special play by Teddy Bridgewater, but it is special to see the guy playing football again, at a high level I may add. His future in New York is murky, but plays like this will help him find his way onto a different roster this season.

In his first drive with the Jets, Teddy Bridgewater finds Isaiah Crowell for the TOUCHDOWN pic.twitter.com/i9gcx1oyET

Rookie Sam Darnold does his best Aaron Rodgers impression to find Charles Johnson in the end zone for his first touchdown! This was also a couple bad plays by Johnson, which showed Darnold’s maturity and trust in his teammates.

Marshawn Turns on the Jets!

Again, penalties are the worst. However, it’s still on tape. Marshawn Lynch turned back the clock and turn on the jets in this long run.

Marshawn Lynch turns on the jets! Unfortunately, called back because of a hold. pic.twitter.com/h87rEiuMmR

This reaction was actually because of the holding call from the play above. It makes me wonder if he turned his mic off in the booth to react like this on MNF. While this is obviously funny, it was awesome to see Jon Gruden back on the sideline. Welcome back, Chucky!

Throw and Catch from Cousins to Diggs

This was a great catch down the sideline by Stefon Diggs, but an even better throw by Kirk Cousins in his Vikings debut.

Rookie Chase Edmonds has never heard the word no. Does that mean Mr. and Mrs. Edmonds were bad parents? Maybe, but it also means we get to see incredible plays like this, because Chase was not going to be denied!

The rookie came into this game with the lead in the running back competition for Denver, and plays like this will only secure his role as the lead back for the Broncos.

Royce Freeman in for the 23-yard TOUCHDOWN! pic.twitter.com/fY10TAucJr

Geremy Davis is not a household name, but more plays like this will make him one. The former sixth-round pick out of UConn makes an incredible touchdown catch from Geno Smith.

A ridiculous TOUCHDOWN catch by @gday85 from a Geno Smith throw pic.twitter.com/stMWtUkBXP

The second-year player out of Georgia served as the Broncos’ punt returner last season, but he never took one to the house. He’ll look to use this as momentum heading into the 2018 season.

Isaiah McKenzie showing a flashback to his old #UGA days, now with the Broncos. @FootballUGA pic.twitter.com/uexfl155XL