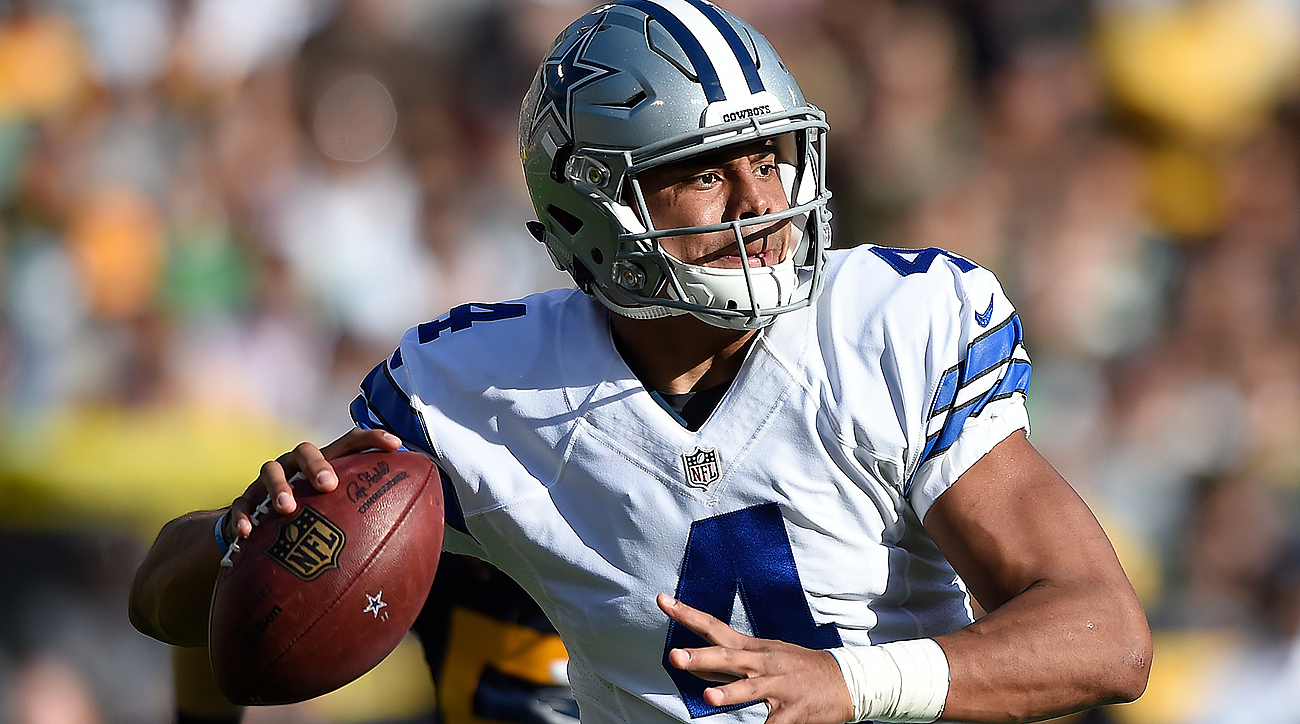 Days Until Football is a series in which I preview every NFL team, one a day at a time until the NFL season starts on September 6th. It will preview offense, defense, and give a prediction for the team’s record. Also, I will list a fantasy star and sleeper. Here is the Dallas Cowboys preview.

Last year, Dallas was a letdown. After being the best team in the NFC two years ago, Dak Prescott and the Zeke-less Cowboys finished at 9-7. Dez Bryant was cut in the offseason and Jason Witten retired, but Zeke should be back for all 16 games.

Most offenses are run by the quarterback. Dak Prescott, however, has a lot to prove in his third season. He did well with Zeke in the backfield, but struggled mightily during the six-game suspension. To be fair, Prescott does not have many receivers to throw to, especially with Jason Witten’s retirement. The three tight ends listed on Dallas’ depth chart are Geoff Swaim, Blake Jarwin, and Rico Gathers. According to Prescott, the number one receiver on the Cowboys is Cole Beasley. He is good, but is more of a slot guy who can also play on the outside, but definitely not a number one. The rest of the notable receivers are Allen Hurns, Tavon Austin, Michael Gallup and Terrance Williams. As it has been for years, the strongest offensive position grouping for Dallas is the offensive line. If this group can stay healthy, the Cowboys offense will find some success.

The front four of the Cowboys defense is good. Tyrone Crawford recorded 18 tackles last year while DeMarcus Lawrence picked up 14.5 sacks. The Cowboys linebacking core is just okay, with Sean Lee being the only notable name, besides rookie Leighton Vander Esch. But if you asked Skip Bayless, it’s the best corps in the league. The Cowboys secondary is below average. Jeff Heath and Xavier Woods are the safeties, and Byron Jones, Chidobe Awuzie, and Anthony Brown are the corners. If this unit is going to be good, young players like 2017 draft picks Taco Charlton, Chidobe Awuzie, and Jourdan Lewis need to make a jump.

I think the Cowboys will go 8-8, third in the NFC East. Elliot playing all 16 games will spark the offense, but I do not trust Prescott or his receivers. The defense is pretty bad, with no elite players and most of them being below average-average. They also play in a tough division. I think the Giants will have a bounce-back year, the Redskins are decent, and they have the defending super bowl champions in their division.