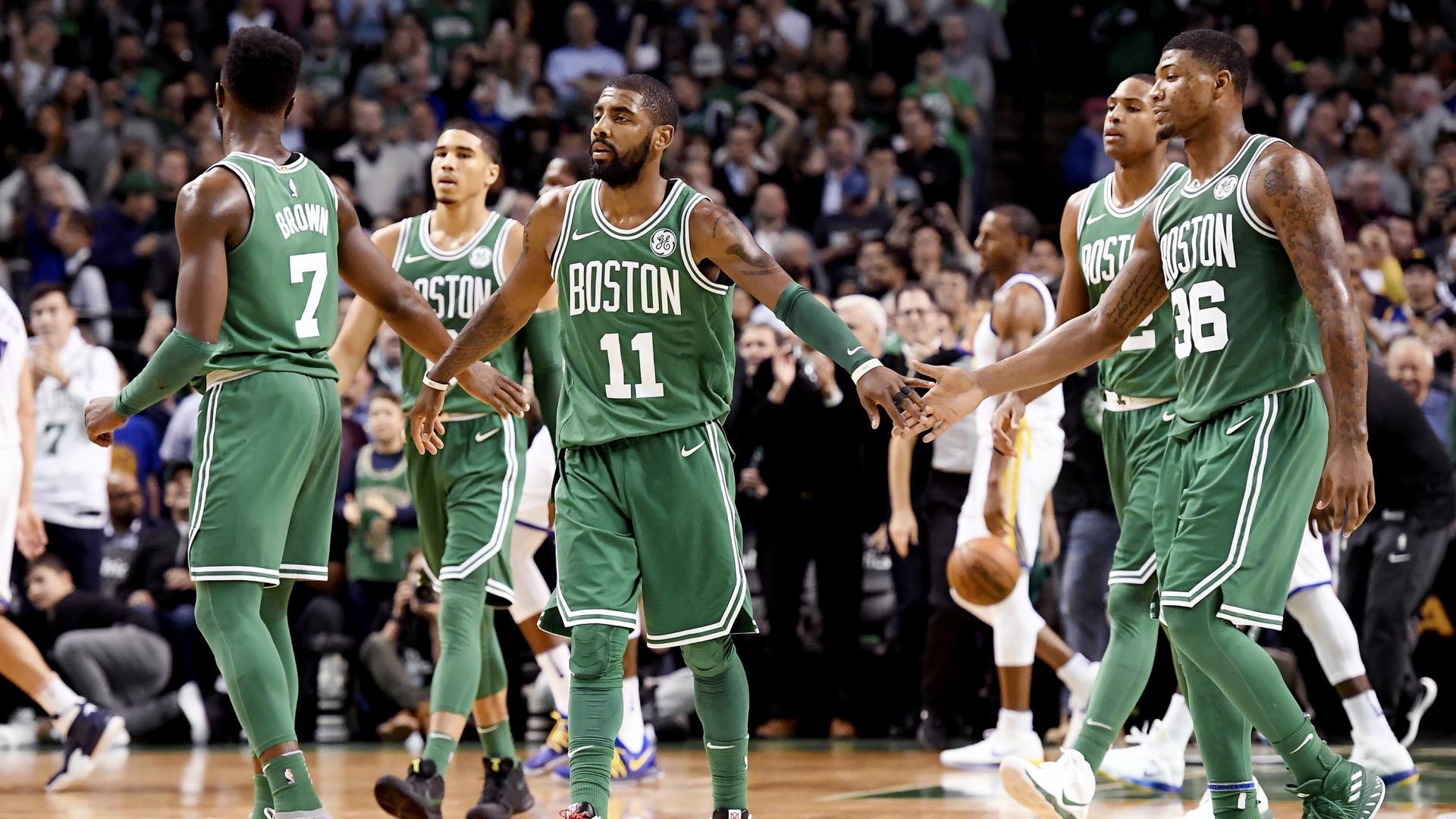 NBA Power Rankings: Celtics win 16 in a row to dethrone the Warriors

Another week, another number one team! The Boston Celtics continue to defy expectations and have won their 15th straight since starting the year 0-2. They also showed why they’re the number one ranked defense after holding the Warriors to under 90 points, something no other team has done this year.

Other news and notes: The Clippers and Grizzlies continue to fall, the Cavs show signs of life, the Pistons take a step back, and the Raptors are making a case for elite status. So without further ado lets jump into the fourth edition of the weekly NBA Power Rankings (Updated with Monday’s scores).

After winning four-straight games, the Wizards took a step backwards with two back-to-back losses against Eastern Conference opponents. The Wizards squandered a 25-point 4th quarter lead against the Heat after John wall tweaked his left knee. Wall then missed the Wizards tilt against the Raptors, which proved to be the deciding factor for their second loss of the week. (Update) Wizards pull one out of their hat with a victory over the surging Milwaukee Bucks 99-88. The Wizards are now 10-7.

The Cavs have won three straight and have shown flashes of being the team everyone thought they could be. LeBron James has been red hot lately, and has almost single-handedly won the last three games himself. After a matchup with the Pistons, the Cavs have a string of games against teams they should beat. Could this be where they get back to their winning ways? (Update Monday) Cavs rout the Pistons 116 to 88 Monday night. The Cavs are now 10-7.

The Nuggets had a bit of a down week, going 1-2 after winning three straight the week before. The Nuggets nearly had a huge scare after it was thought that Paul Millsap suffered a fractured left wrist, but luckily for the Nuggets, the X-rays came back negative. However, he did elect to have surgery, which means he will be sidelined for a couple months. With some tough upcoming games, we may see a potential drop in the rankings. (Update Monday) Nuggets thump the Kings 114 to 98. Nuggets are now 10-7.

Fresh off of a Player of the Week award, Karl Anthony Towns led the Timberwolves to a 3-1 week. After beating three Western Conference rivals, the Timberwolves lost to the Pistons for the second time this season after blowing a double-digit fourth quarter lead. The Timberwolves have another four game week and only face one opponent at or above the .500 mark. (Update Monday) Timberwolves fall to the Hornets 118 to 102. Timberwolves are now 10-7.

The Pistons came back down to earth a bit losing two-of-three last week after winning their previous five. The Pistons savaged their down week by beating the Timberwolves after completing a double-digit fourth quarter comeback. (Update Monday) The Pistons lost to the Cavs on Monday night, giving them their third loss in their last four games.

The Spurs continue to play well in the absence of superstar Kawhi Leonard, having another plus week in terms of wins (2-1). After a huge come from behind win against the Thunder (25 points down), the Spurs now have a favorite slate of games the next two weeks to maintain that momentum. (Update Monday) Spurs beat the Hawks 96 to 85. Spurs are now 11-6.

After losing to the Celtics, the Toronto Raptors have raddled off four-straight wins to give them their first perfect week of the season. The Raptors continue to play tough against the Western Conference, getting perhaps their biggest win of the year against the 13-4 Houston Rockets. The Raptors open up a three game road trip out East, playing three teams ranked in the bottom 14. Look for them to maintain their winning way.

Chris Paul finally made his return to action, playing 21 minutes in a blowout win against the Phoenix Suns. With the Rockets easing Paul into action, it’ll be interesting to see how he fits into the extremely three point-heavy scheme. After a Wednesday matchup against the Denver Nuggets, the Rockets don’t face another top ten until December 13th against the Spurs.

After only one week on top, the Warriors have relinquished the number one spot after losing to the sculling hot Boston Celtics. While they didn’t get blown out, they only managed a season low of 88 points against the top ranked Boston defense. A matchup against the struggling Thunder is perhaps the only intriguing game on their immediate schedule. Look for the Warriors to rattle off another big winning streak.

The Boston Celtics just keep on winning and don’t appear to be stopping anytime soon after winning their 15th straight against the Atlanta Hawks. Their most impressive win, however, was beating the Golden State Warriors behind Kyrie Irving’s clutch eleven 4th quarter points. Not only did they beat the Warriors, they used their number one rated defense to hold them under 90 points for the first time this season. With a favorable upcoming schedule, will we see the Celtics reach 20 wins in a row? (Update) Celtics make it 16-straight against the Mavericks 110 -102 in OT. The Celtics are now 16-2.