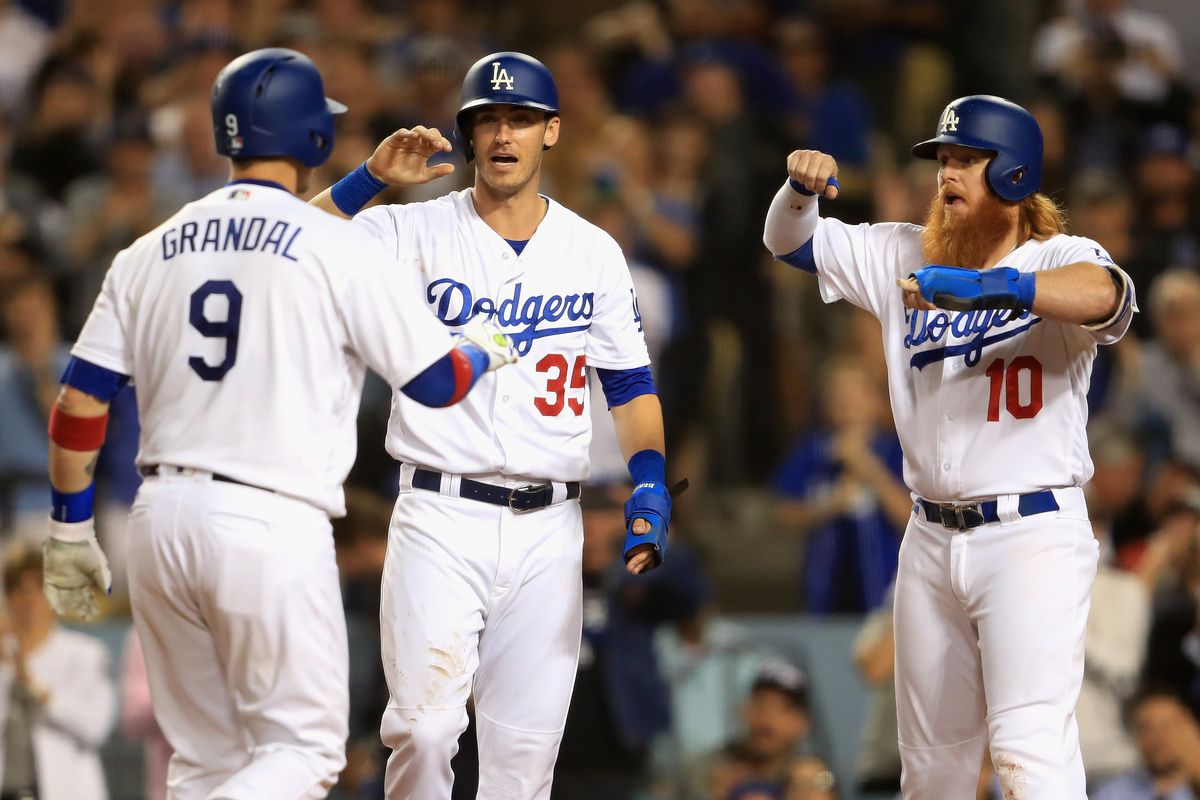 The MLB regular season has almost reached his conclusion. With less than a week’s worth of games remaining, there are still a few playoff spots that have yet to be set. The Wild Card races in both the American League as well as the National League will be fun to watch over the course of the weekend.

Thirty MLB teams started the season with one goal in mind, and soon only ten teams will remain.

Here are this week’s MLB Power Rankings presented by FlurrySports. (All records and stats updated through 9/26/2017)

If the Colorado Rockies are looking to make the postseason, they are certainly going about it the wrong way. The Milwaukee Brewers only trail the Rockies by two games for the second NL Wild Card spot, and the Rockies have managed to lose six out of their last ten games. To make matters worse for the Rockies, their final series of the regular season comes against the Los Angeles Dodgers. The Rockies have had every opportunity to make things easy on themselves, but now they have to battle hard for October in the coming days.

The magic number is one. A Twins win or a Los Angeles Angels loss will propel Minnesota to their first postseason berth since 2010. Since being swept in New York against the Yankees, the Twins have won five straight games. That streak includes a four-game sweep of the Tigers in Detroit and an emphatic 8-6 win over the Cleveland Indians at Progressive Field. Minnesota has fared well against the Indians in Cleveland, winning six out of seven games played there so far. That fact will certainly be a confidence booster for the Twins as they would face the Indians if they reach the ALDS.

Only one more win or one more Brewers loss is needed for the Cubs to repeat as NL Central champions. That should come as a relief for Cubs fans as the Cardinals and Brewers have remained competitive enough for Chicago’s playoff placement to long remain uncertain. After they clinch, the Cubs will likely be seeded third in the National League bracket, setting them up to play the Washington Nationals in the NLDS. Chicago and Washington only faced off seven times this season, with the Nationals owning the 4-3 edge in the season series. It is worth noting that when these two teams played in Washington back in late June, they split the four game series 2-2.

The Yankees are within three games of the Red Sox in the AL East. That plays to New York’s advantage as they finish their season against the Rays and Blue Jays while the Red Sox have to face Houston. With Boston facing a recent string of injuries, it’s not out of the realm of possibility that the Yankees could win the AL East and grab the third seed in the AL bracket. Noteworthy: on September 25th, Aaron Judge hit his 49th and 50th homeruns of the season, tying and surpassing Mark McGwire’s single season rookie homerun record.

The Arizona Diamondbacks have clinched the top Wild Card spot in the National League. With less than a week remaining in the season, the only question left to answer is who will the D-backs be playing in that Wild Card game. If the season ended today, their opponent would be their NL West division rival Colorado Rockies. The Rockies, however, have been anything but consistent, and the Brewers and Cardinals aren’t too far behind. Only time will tell. For now, all Arizona has to worry about is their final regular season series in Kansas City.

The Red Sox have played quite well for some time now. Although, if there were anything to get nit picky about, it would be that Boston just dropped two out of three games against the Blue Jays. The magic number for the Red Sox to clinch the AL East is 3, that is any combination of Red Sox wins and New York Yankees losses totaling three will take care of business. The only problem is that the Red Sox will face the Astros in a four-game series to close out the regular season, no simple task. Boston has safely clinched a playoff spot, but there is a huge difference between having to play a one-game Wild Card playoff and advancing straight to the ALDS.

In the absence of Bryce Harper, the Washington Nationals managed to post a 26-16 record. Now with Harper making his return this week, Washington will want to really get down to business. While home field advantage in the NL playoffs is no longer attainable, there should be some satisfaction in that the Nationals will likely be the National League’s number two seed. Getting the home field advantage for their Division Series, which will be played against the defending World Series champs in all likelihood, is of the utmost importance to the Nats at this point in time.

Since inexplicably being swept by the Athletics in a four-game series, the Astros have bounced back in tremendous fashion. Winners of 11 out of their last 14 games, Houston trails Cleveland by only one game in the race for the best record in the American League. That road will not be easy for the Astros as they close out their season in a four-game series against the Boston Red Sox. With Houston boasting the MLB’s most potent offense (1st in average and runs scored) they certainly have more than enough firepower to get the job done.

Despite their recent struggles, the Los Angeles Dodgers have found a way to reach the 100-win mark for the seventh time in franchise history. Currently the Dodgers own a 2.5 game lead over the Cleveland Indians of the American League for the best record in baseball. The Dodgers have safely locked up home field advantage throughout the National League playoffs. But with home field advantage in the World Series still on the line, Los Angeles would be best served not to let their foot off of the gas pedal. Home field advantage in the World Series would greatly benefit a team like the Dodgers who have the best home record in all of baseball (56-24).

With the AL Central Division title all wrapped up, now the Indians are in pursuit of home field advantage. Presently, Cleveland owns the best record in the American League. It’s not just home field advantage in the American League playoffs that the Indians are after. Home field advantage in the World Series is also on the line. If Cleveland can surpass the Dodgers for the best record in baseball by season’s end, that could mean four potential games out of a seven-game World Series would be played at Progressive Field. Obviously, Cleveland would be best served playing with a designated hitter in four games instead of just three, as their DH, Edwin Encarnacion (38 HR 103 RBI), is one of the best in the business.

MLB Races to Watch
Who’s the Face of Each Professional Sport?