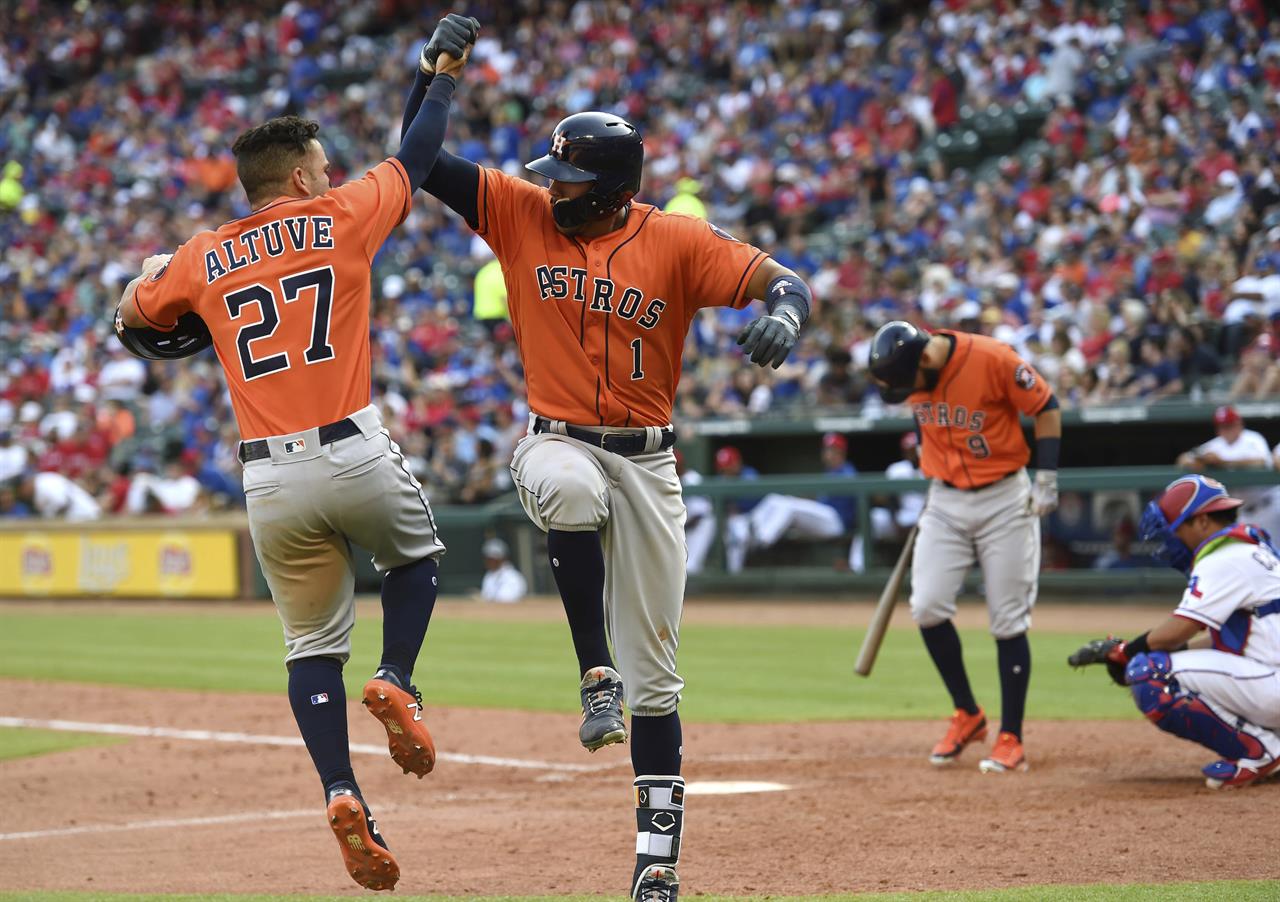 The Astros are the best team in Major League Baseball. Did you expect anything different? It can be difficult to rank teams appropriately this early in the season, but Houston being at the top is an easy call.

There have been a few early surprises this season. The Pittsburgh Pirates were the last remaining undefeated team before losing on Wednesday. The Mets lead the NL East. The Atlanta Braves have had the most potent offense in baseball. And the Dodgers and Indians have struggled significantly out of the gate.

Needless to say, there was a lot of movement from last week’s rankings to this week. There very well could be just as much volatility going into next week. With that, here are this week’s MLB Power Rankings presented by FlurrySports.

It’s been a bit of a roller coaster first week for the Crew. The Brewers swept the Padres to open up their season, and then they dropped two out of three to St. Louis. Ryan Braun had a couple of big late-game homeruns, but then closer Corey Knebel injured his hamstring. Their fast start had me thinking that they would move up in the rankings. Their negative run differential and 4.23 team ERA is keeping them at ten – for now.

Things have not gone well for the Tribe thus far. Both starts made my 2017 AL Cy Young Award-winner Corey Kluber resulted in losses. Their team ERA is a bloated 4.66, and their team batting average is a measly 0.161. Slow starts happen. There’s no reason to hit the panic button in Cleveland. They will open up a ten-game home stand this weekend, including games versus the Royals and Tigers. With a slate like that, it is fair to assume Cleveland’s record will improve by next weekend.

The Yankees have power, and lots of it. As a team, they have hit 12 homeruns so far this season, tied for second most in the majors (Twins, Cardinals, Nationals, Angels). Didi Gregorious continued to display his hitting prowess while notching an 8-RBI game. Their hitters have shown bursts of power, as mentioned before, but have yet to get into a more consistent groove – only batting 0.219 as a team will not send the Yankees back to the postseason. They have a chance to take on first place Boston next week.

The Nats may have some competition in the NL East this year. The New York Mets lead the division, and the Braves are baseball’s highest-scoring offense. What’s most surprising is how badly Washington’s pitching staff has struggled, posting a team ERA of 5.16. What hasn’t been surprising is that Bryce Harper has been absolutely crushing the ball, already notching four homeruns. Washington will go far behind the bat of Harper, and the pitching will undoubtedly improve. Unfortunately for the Nationals, the NL East might not be a cake walk this year.

This isn’t the Minnesota Twins we’re used to seeing. Minnesota has gained a reputation over the years as being a team that manufactures runs the old-fashioned way: get ’em on, get ’em over, get ’em in. The difference in 2018 has been their power. Brian Dozier has four of the team’s 12 homeruns. The pitching staff has also been stellar, posting the second-best team ERA in the majors (2.33). If Cleveland continues to dig themselves into an early hole, the AL Central could be Minnesota’s division for the taking.

Put aside the early season heroics of Shohei Ohtani and the Angels have still put together a pretty impressive product. Their lineup is manufacturing runs at the third-best per game rate in the American League (5.43). Their team ERA of 3.03 is suggestive of a staff that has been quite proficient. It doesn’t hurt having perennial MVP candidate Mike Trout back and healthy, either. Upcoming series against the A’s, Rangers, and Royals will keep the Angels’ positive momentum going.

You read this right – the Arizona Diamondbacks have cracked the top five. Arizona took two out of three games against the Rockies to start the season. They then followed that up with a three-game sweep of the Dodgers. Despite a slow start from first baseman Paul Goldschmidt, the rest of the offense has picked up the slack and the pitching has been incredible (2.61 team ERA). If the Dodgers continue to struggle as they have, the D-backs will have a chance to assert their dominance in the NL West.

The Cubs are performing well below their capabilities. The fact that they have one of the deepest rosters in baseball is what keeps them high on this week’s ranking. Their pitching staff has posted a team ERA of 2.67 thus far, but the offense has been lagging behind (0.223 team average). The offense kicked into high gear midway through last season, meaning there’s no reason their young bats won’t get hot again. Unless they do so within the next few series (versus Milwaukee, Pittsburgh, and Atlanta), Chicago may find themselves in an early hole.

After losing to the Rays on Opening Day, Boston struck back with a vengeance. In embarking on a six-game winning streak, Boston’s pitching staff posted the best team ERA in the major leagues (2.09). The Red Sox have yet to demonstrate any sort of explosiveness on offense, but they’ve managed to give their pitching staff just enough run support. You had better believe that the eyes of the baseball world will be on Fenway Park next week when the Yankees come to town.

The defending World Series Champions have lived up to the hype. They currently have four players batting above 0.400 to start the season, including Carlos Correa and José Altuve. Houston has been decimating the competition with a staggering +21 run differential. Gerrit Cole has made an already strong rotation even stronger, if his season debut is any indicator of the kind of season he will have. In seven innings he only gave up three walks, two hits, and allowed only one earned run. The American League pennant is clearly still Houston’s to lose.