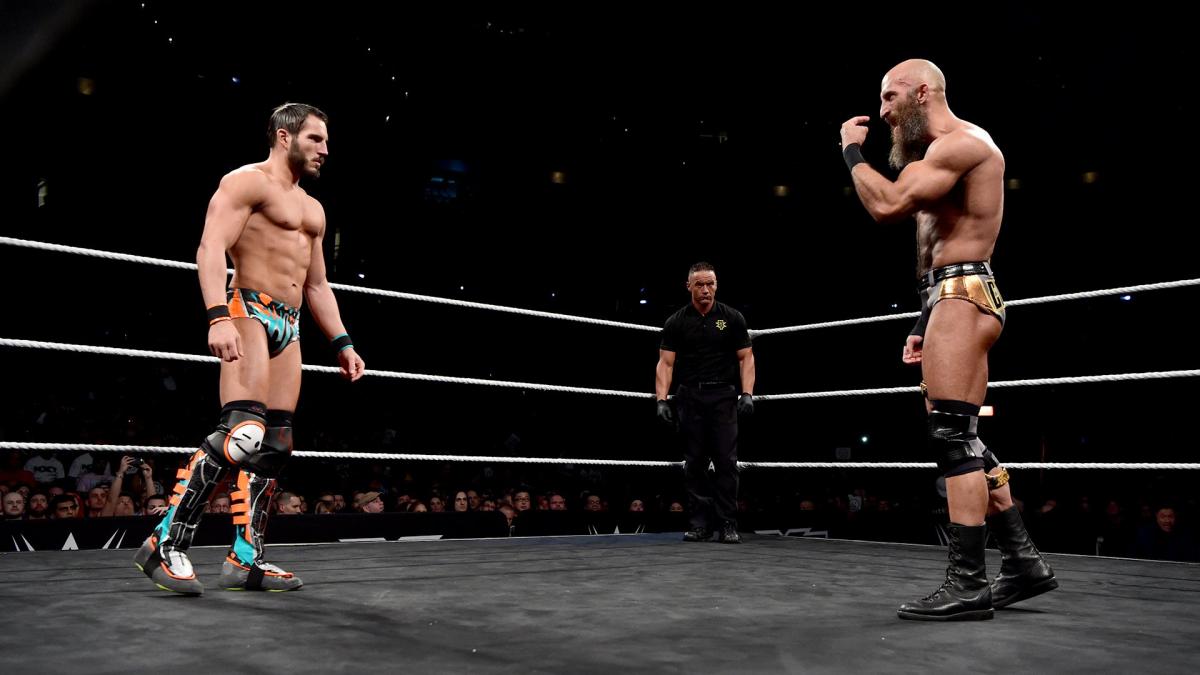 NXT Takeover: New Orleans featured a main event of Johnny Gargano vs. Tommaso Ciampa in an unsanctioned match. The feud that has spurned for almost one year long finally came to culmination. Best friends turned into bitter enemies, a storyline that as old as human interaction. The stipulation that presented in that match is if Johnny Gargano loses, he will lose his job in NXT and will never be reinstated again. Ciampa will stop at nothing to end Gargano’s journey in NXT.

The main event holds an insurmountable level of hype and anticipation as both men played their character perfectly. Johnny Gargano played the resilient underdog while Tomasso Ciampa victimize and assaulted him. Alas in the end, Gargano won the match in a brutal 37 minutes. The match features strong athletic wrestling skills combined with high risk and bone crunching nature of hardcore match. Kudos to both men for giving the fans who waited and anticipated a more than satisfying match.

Johnny Gargano took no time to express his victory over Ciampa on twitter.

And end him he does. His wife, Candice LeRae also celebrated Gargano’s victory by coming down to the ring celebrating with him.

We still don’t know if it will be match of the year but it sure is one of the candidates so far. Top that, Wrestlemania.

With all dust has been settled, Johnny Gargano will stay at NXT for a while potentially feuding against Aleister Black for the NXT World Championship. The future is still unknown for Tommaso Ciampa, as he might be placed in the NXT NA Championship picture. It’s also still unknown whether both of them will be called up to the main brand anytime soon.

Cruiserweight Championship May Steal Spotlight at Wrestlemania XXXIV
2018 WWE Superstar Shake-up: Who Got The Best Deal?