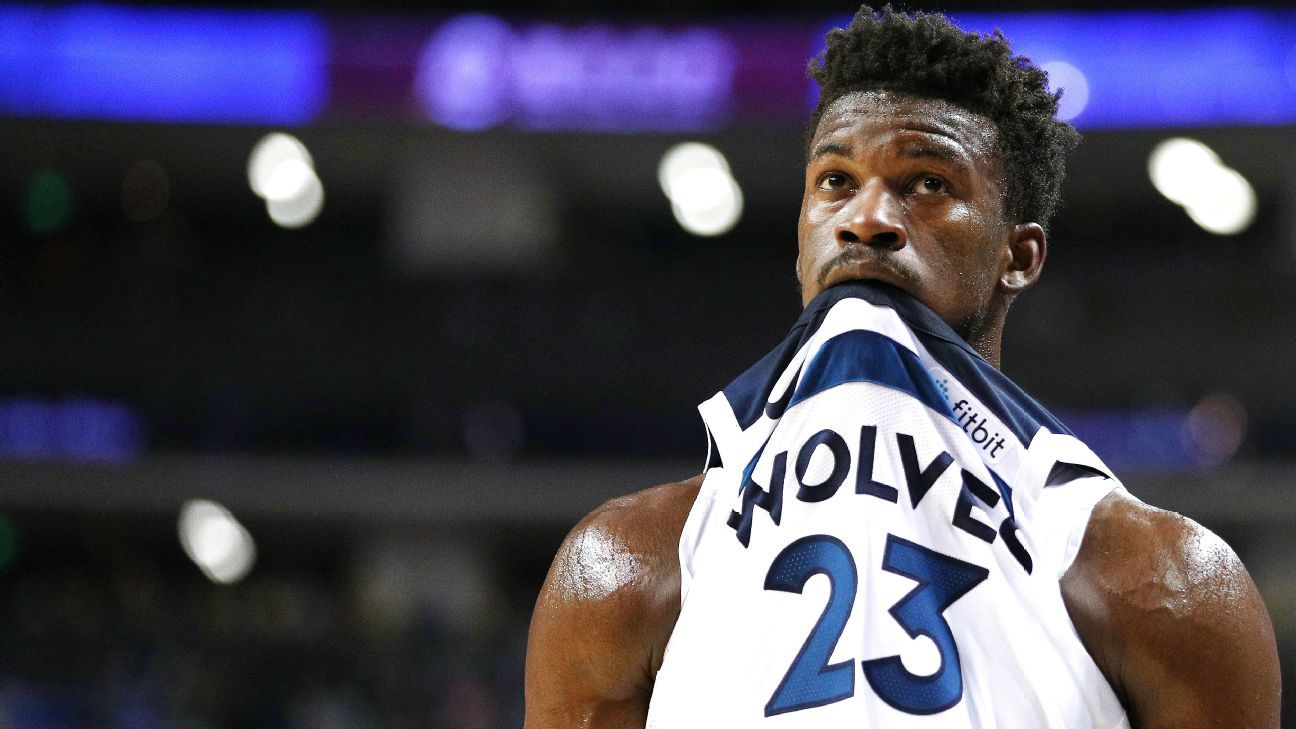 The honeymoon has long since past for one of last summer’s favorite new trios. Earlier today, word came out from multiple sources that Minnesota Timberwolves star Jimmy Butler is “fed up.” The news came as a shock to some, as Butler had just finished his first and only season in Minnesota. Worse yet, Butler is said to have told the team he will not sign any long-term extension with them.

Why did things go sour so fast, you ask? The reports earlier today answered that as well, and it is not pretty for the Timberwolves. The fact of the matter is, the immense immaturity of young talents Karl-Anthony Towns and Andrew Wiggins, among other things, are what have pushed Butler to his breaking point.

Picking Up the Pieces

Unless things change, Butler will definitely not be back in Minnesota. Even if the roster changes immensely, there is no guarantee the four-time All-Star will choose to stay. Butler and close friend Kyrie Irving have long established they have a strong interest in playing together and both are set to hit the open market next summer. It’s hard to imagine a scenario that sees Butler and Irving joining forces in Minnesota.

Of course, the team also seems to have more problems than Butler’s frustration. The two young players, Wiggins and Towns, the franchise opted to build around are now linked to numerous work ethic and lockerroom issues. Something is simply is not right there.

The odd man out would seem to be Andrew Wiggins. Towns, despite the work ethic and character issues that have arisen, is a superior talent that you almost have to hold on to until the last possible moment. Wiggins, despite being a number one overall pick, has never reached the heights people thought he would coming out of Kansas.

The Lesson to Learn

At the end of the day, it’s a really bad scene in Minnesota. The best player is fed up, the future cornerstone is just as upset, and the third wheel is being roped into the drama of the first two. Let the Timberwolves be a lesson to teams looking to build up into contention. Teams need more than raw talent to win. If the players involved cannot get along, the success of the group will almost always suffer. This is not a 2K simulation, and it seems the Wolves have found that out the hard way.