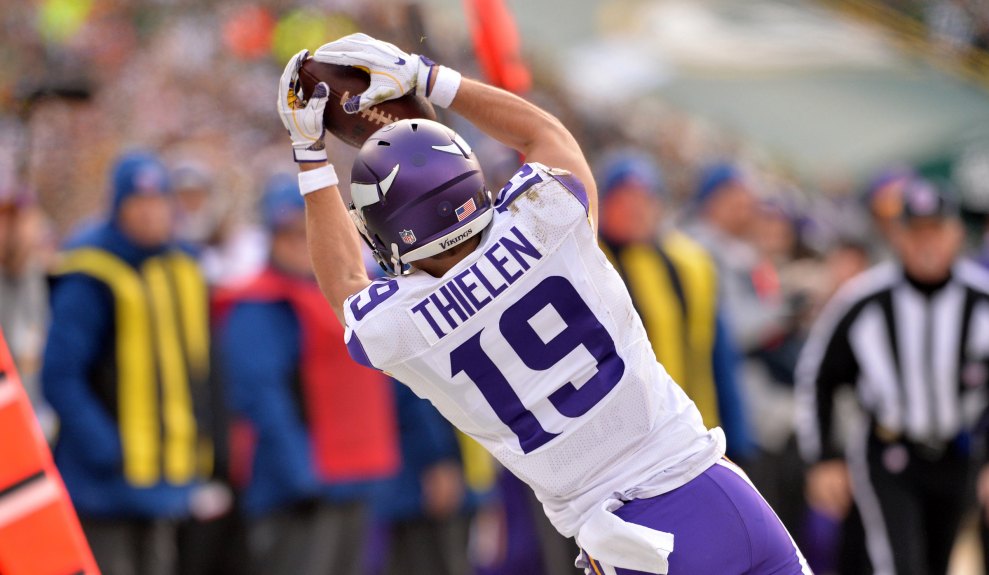 The Vikings’ over/under currently sits at 9.0, after they went 8-8 last season. Not much has changed for Minnesota, but the team’s biggest weakness (offensive line) should be a bit better, which should help every facet of the offense.

After such a big payday, which was fully guaranteed, expectations were set too high for Kirk Cousins. However, he was still a solid fantasy option, finishing as QB9. But knowing Mike Zimmer’s need to run early and often, as well as his willingness to fire coaches who do not follow that game plan, Cousins’ fantasy stock has taken a hit, dropping him to an ADP of QB20. His biggest target will be tight end Kyle Rudolph, who he reportedly is just now finding easier to throw to when he is covered. This lack of chemistry and lack of confidence to make tough throws leaves us also losing confidence in Rudolph, as his ADP drops to TE16 this season.

The top two receivers for the Vikings are the best team receiving duo for fantasy. Adam Thielen and Stefon Diggs finished last season as WR7 and WR11 in PPR, respectively. Heading into this season, they are being drafted as WR12 and WR14.

Dalvin Cook is an incredibly talented, do-it-all running back that is perfect for this offense. The issue with him is his inability to stay on the field, due to injuries. Cook has played just 15 games during his first two seasons. The Vikings have also not committed to fully improving the line ahead of him. Currently being drafted as RB11, he will surely live up to expectations, if he plays the full season. This uncertainty about his health is what makes rookie Alexander Mattison an interesting handcuff. Mattison is currently being taken as RB55.