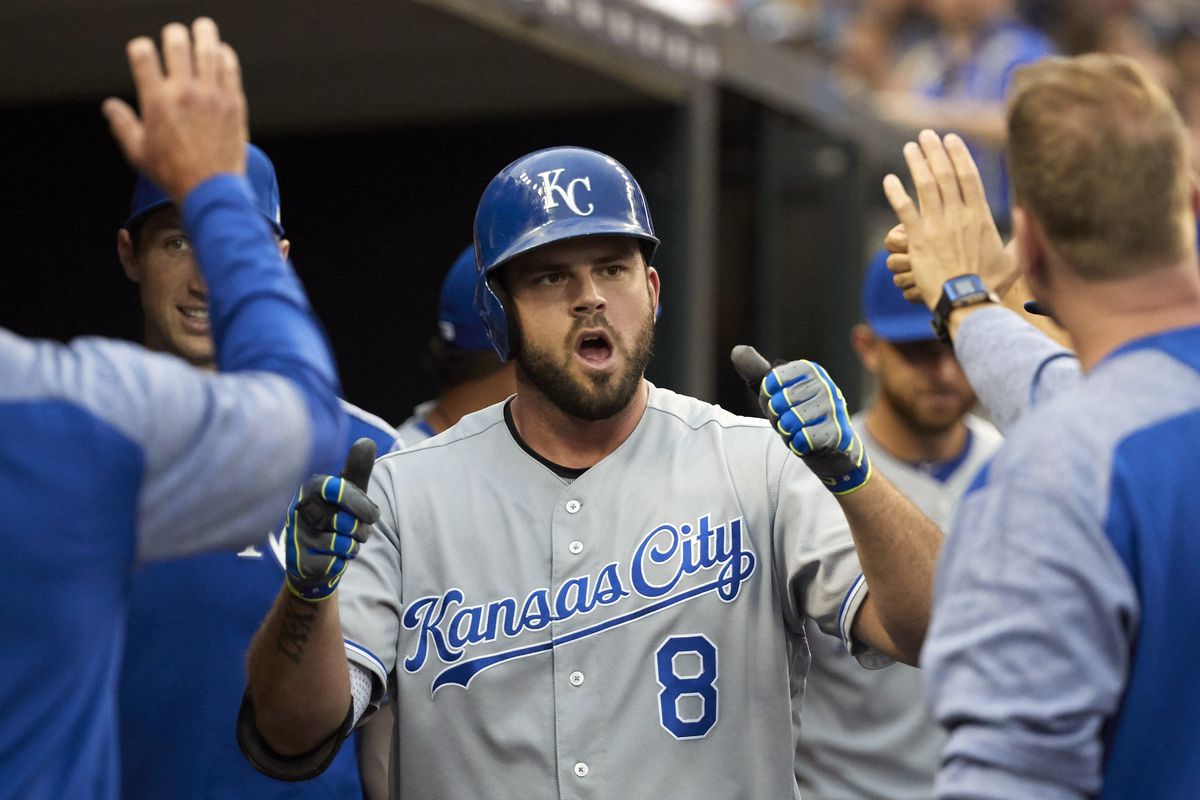 It appears that there were still deals to be made Friday night. Mere minutes before the clock struck midnight in the Central Time Zone, another trade was executed. The Kansas City Royals have reportedly agreed to send All-Star third baseman Mike Moustakas to the Milwaukee Brewers for two minor league prospects.

Mike Moustakas, 29, has been with Kansas City since he was the number two overall pick in the 2007 MLB Draft. Since making his debut with the Royals in 2011, Moustakas has been a two-time All-Star (2015, 2017). “Moose” also won the AL Comeback Player of the Year Award in 2017. He will be most remembered in Kansas City for helping lead the Royals to their World Series title in 2015.

What’s most interesting about this deal is that the Brewers already have a third baseman. Travis Shaw, 28, has quickly grown into being a fan favorite in Milwaukee. In 2017, Shaw hit 31 home runs with 101 RBI. While his production is down from a year ago, Shaw is still on pace to hit around 30 home runs and knock in 90 runs.

There has been talk about shifting Shaw over to second base, giving Milwaukee a marvelously powerful infield. Shaw has also been used in the outfield in the past. With Shaw and Moustakas also both being able to play at first base, manager Craig Counsell has no shortage of lineup combinations to play with.

The Brewers couldn’t land Manny Machado last week. However, adding Moustakas – and hopefully another arm to the pitching staff – could have Milwaukee playing deep into October.