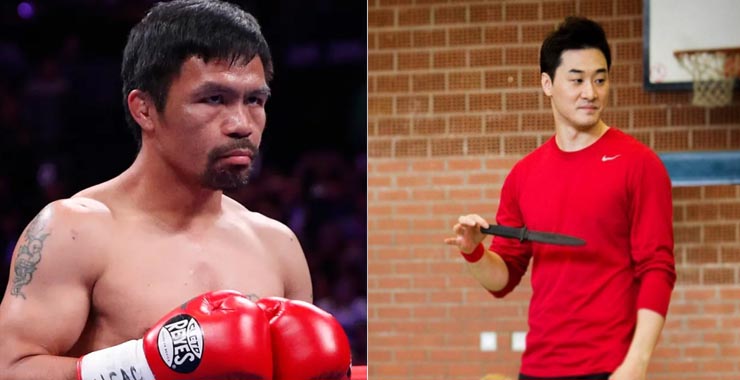 One of the most decorated boxers in the history of the sport, Manny ‘the Pac man’ Pacquiao will be back in action this Saturday, December 10 in unfamiliar territory at the Seoul Arena in Seoul, South Korea. The Pac man took official retirement from boxing back in 2021 finishing his career that spanned more than 3 decades. The Filipino legend won the title in a record eight division and is regarded as one of the greatest fighters to ever step in the ring.

Following his retirement, the Pac man tried his luck at running for the presidential election in his native homeland but didn’t enjoy much success as he did in the field of boxing. He has competed in an exhibition bout since taking retirement. In August, Pacquiao defeated former WBA super-bantamweight champion Jesus Salud in Hawaii in an exhibition bout. And now the 43-year-old is back in again, this time against Korean Youtuber and kickboxer, DK Yoo.

Here is all you need to know about Pac man’s exhibition bout taking place in Seoul, Korea.

The American digital video streaming service Fite TV, will be streaming the event across the globe. You will need to purchase this PPV for $19.99 if you are to watch Pac man glove it again once more. Fans can watch Manny Pacquiao vs. DK Yoo by paying $9.99.