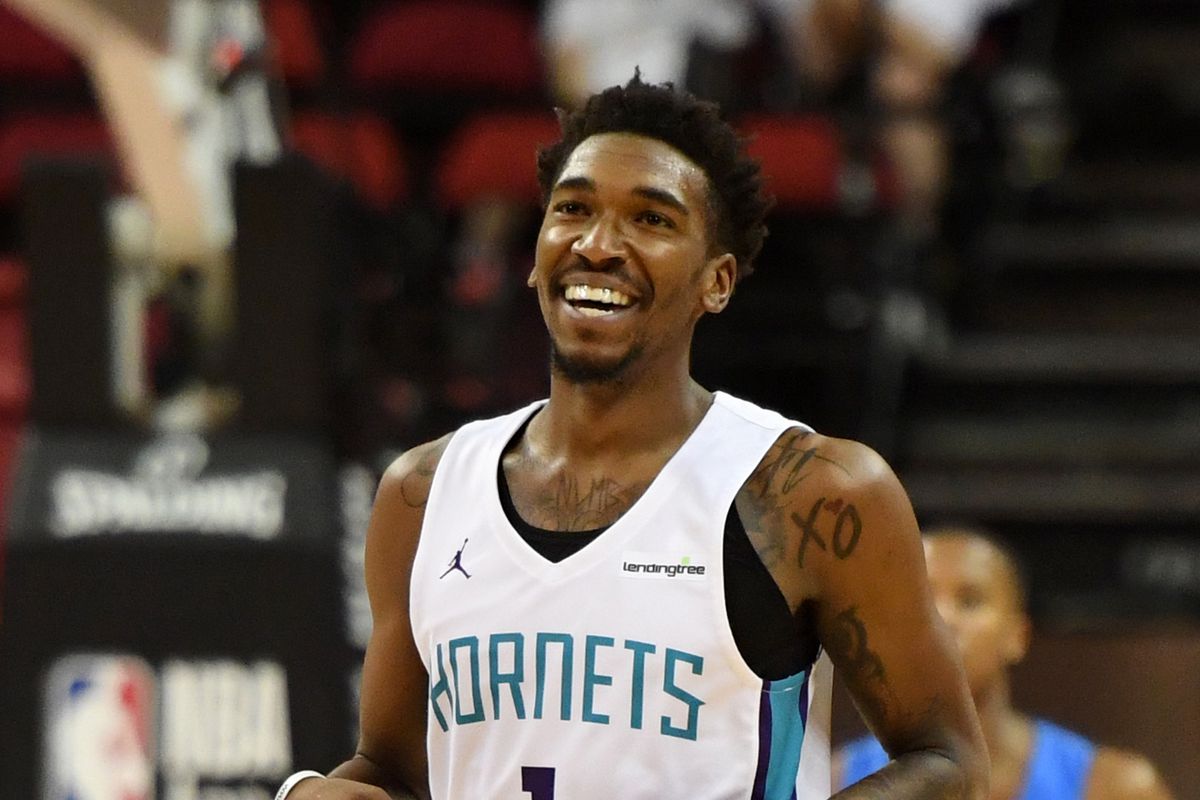 The Charlotte Hornets and Oklahoma City Thunder battled it out in Friday night in what was one of the most competitive games of the summer thus far. Second-year pro Malik Monk shouldered the offensive load for Charlotte. Oklahoma City was led by a furious frontcourt assault. The game was close throughout, with the widest point differential in a quarter being only 6 points. Ultimately, it was the Hornets who got the win in the 88-87 inter-conference match-up.

Malik Monk was primarily overshadowed during his first year in Charlotte. Stuck behind a plethora of veteran guards and wings, the Kentucky product saw little time compared to other rookies. That being said, the scoring machine out of Kentucky showed some flashes of potential in his 13.6 minutes per game.

A year later, some of those players in front of him may be on the move. Jeremy Lamb is in the last year of a very team-friendly contract. Kemba Walker’s name was in trade talks as early as February. It is also no secret that Charlotte is looking to dump the contract of veteran wing Nic Batum, who even at 6’8″ rotates in with the guards a decent amount of times.

In short, the opportunity for Monk to take a much longer role in Charlotte could be closer than originally thought. Performances like Friday night can only speed up that process. Monk poured in 23 points on 9-16 shooting (56.2%) which included a 4-9 (44.4%) mark from downtown. Monk was a +/- 13 for the game, the highest on the team by a wide margin. That level of scoring and overall efficiency is something that will help Monk double his playing time in his second season.

The starting frontcourt duo of Rashawn Thomas and Dakari Johnson bullied Charlotte’s frontline and combined for 43 of the team’s 87 points. Second-year guard PJ Dozier out of South Carolina brought the main support, adding 12 points on 5-9 shooting and 6 rebounds to go along with the production from the big men. At 6’6″, Dozier is also quite a handful around the rim. If nothing else, Oklahoma City’s Summer League team will be one of the most physical in the entire Association.

Thomas, a hometown hero of sorts in Oklahoma City, is just trying to get his big break playing for the team he grew up watching. He was just 13 when the Thunder moved from Seattle to Oklahoma City, and now, at least after one game, it seems he is making the most of his chance to play for them. Thomas was the leading scorer for the Thunder with 23 points on 10-16 shooting. He was also incredibly active defensively, with 4 steals and 2 blocks on the evening.

Johnson is in a similar position to Thomas, at least with regards to making his NBA dreams come true. The former Kentucky Wildcat has been a G-League star since entering the NBA in 2015. That being said, Johnson was essentially a non-factor in 2017-18. In 31 games Johnson did get 6 starts, but that speaks more to the lack of depth behind Steven Adams than it does Johnson. The center played only 5.2 minutes per game and averaged 1.8 points and 1.1 rebounds per game.

The lack of depth behind Adams, however, remains a problem for OKC. With efforts like the one he turned in Friday night Johnson may get another crack at the job. With 20 points, 8 rebounds, 3 assists and 3 steals, Johnson turned in quite the well-rounded performance. Better yet, Johnson shot 7-14 from the field and 6-8 from the free throw line. While it is not a necessity for bigs to shoot free throws well, it is a small improvement to Johnson’s game that could help push the needle on his NBA playing time.