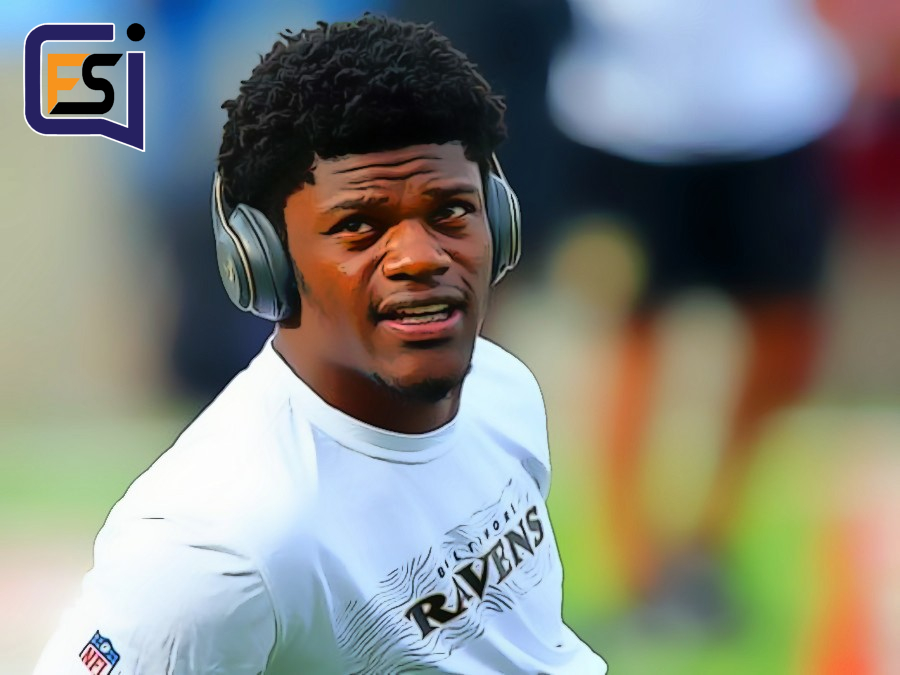 On Thursday night, the NFL Hall of Fame game marked the first real football action we have had in months! We got to see the Hall of Fame inductees (minus T.O.), hear about the new helmet rule for the full four quarters, and see the debut of the first-round draft pick, Lamar Jackson.

Jackson Starts the Second Half

After Robert Griffin III played for nearly the full first half, Lamar Jackson was given reins for the entire second half. There were both good and bad moments, but to put it simply, Jackson looked every bit like a rookie.

When watching him play, it is easy to see that he is a very skilled player. He is incredibly quick, his footwork was actually good, and he was able to make plays by himself. That being said, the mistakes showed that he was nowhere near ready to take over as the starter of the Ravens.

Take his interception below, for example. It’s easy to see that is was a poorly thrown ball that was too far inside. The throw was also late, which made it an easy read and play to be made by the Bears’ Doran Grant.

Back to earth for Lamar Jackson. First career interception comes on the very next possession. #HOFGame pic.twitter.com/UnBNCR9GJ5

While this was a bad play by the rookie, he did connect with fellow first-round draft pick Hayden Hurst for a short touchdown.

Overall, Lamar Jackson finished 4/10 for 33 yards, one touchdown, and one interception. On the ground, he gained 24 yards on four attempts. It’s important not to reach a verdict on Jackson after a half of preseason football, but as of now, there is no quarterback controversy in Baltimore. Not-so-elite Joe Flacco has the spot locked down, and we will see Jackson on the field for gadget plays and possibly receiver snaps.

After the Ravens secured the 17-16 victory, I went to Twitter to ask what YOU would grade Lamar Jackson’s debut. Here are some of the responses.

A Bet Better than the new helmet rule

Sophomore Duds or Studs: 1st-Round Wide Receivers
Why Each AFC East Fanbase Should be Excited for the 2018 Season