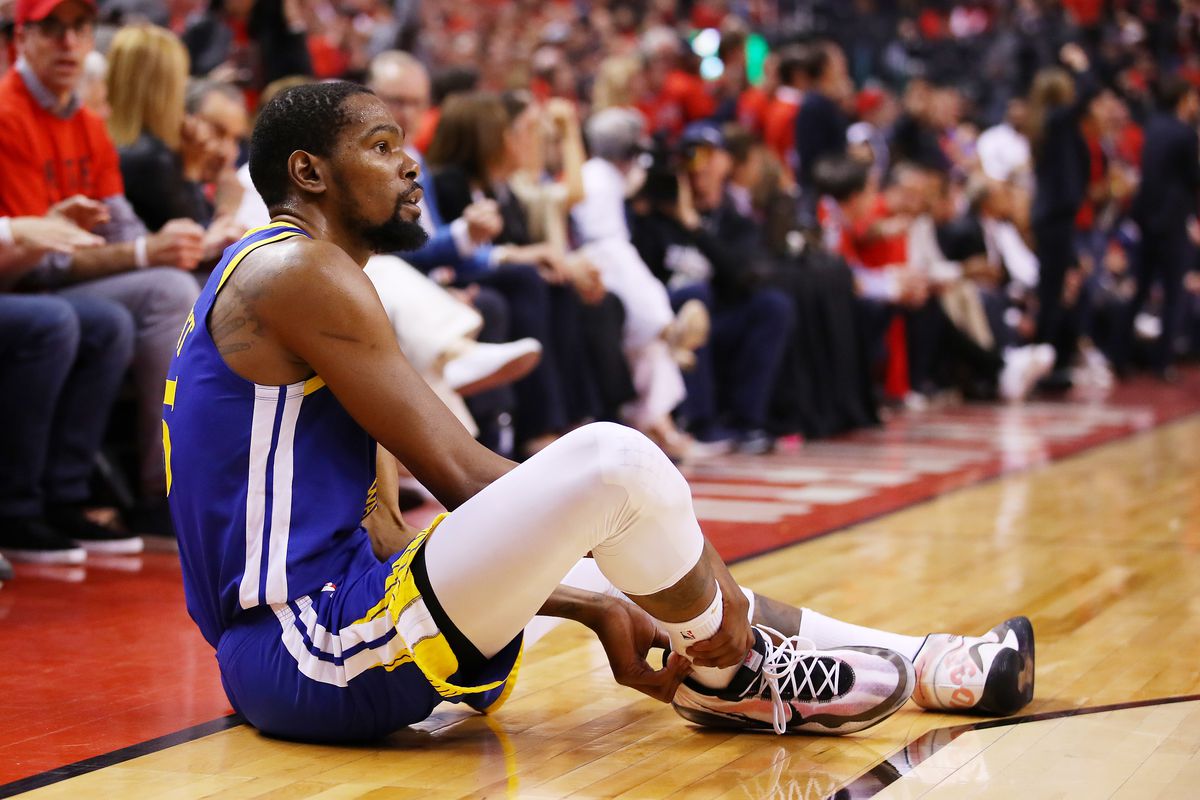 As news comes out about Kevin Durant’s injury, it wouldn’t surprise anyone that the fears of a torn Achilles are going to end up being reality.

This means Durant, the most coveted free agent this summer, could be facing a physical therapist and not a basketball court in the fall. Not only will this injury impact Durant as a person, but the injury will also determine the fate of other players and entire franchises moving forward.

Here are some implications Durant’s injury could have on the league this summer.

The writing has been on the wall all season for the New York Knicks to be the front-runners to sign Durant July 1st. However, the Knicks may have to go in another direction. Unfortunately, signing another top free agent may not be an option, as many of the other top free agents will either re-sign with their respective teams OR were willing to sign with the Knicks only so they could play alongside Durant. The good news is that they still have the number three pick in the draft, and R.J. Barett is a solid young prospect. Hopefully, the Knicks can make the most of some more years with high lottery picks.

The Warriors began their dynasty by being an incredibly deep team built on the premise of team basketball. When they signed Durant, the way they played basketball changed in turn. The depth the Warriors once had was no longer needed and the team is now suffering the repercussions of building around a star-studded starting lineup. The Warriors were unlikely to keep Durant this offseason and I suspect this hasn’t changed much, as teams like the Clippers, Knicks and Nets will all be bidding for Durant to join despite his injury. Personally, I think it is unwise to offer a 31-year-old a max contract coming off an Achilles tear, but for a lot of teams, desperate times call for desperate measures.

Kyrie Irving was/is a player often used as the top candidate to join Durant in New York. With Los Angeles as a very unlikely destination and New York now, essentially, off the table, Irving’s odds of re-signing in Boston go up dramatically.

Anthony Davis trade rumors have been swirling in the background of the NBA Finals and will soon be brought to the headlines. The most important component to trading Davis is his willingness to re-sign with the team that trades for him after next season. The Knicks was, once again, a preferred spot for AD because he could play with Durant. Now, there is not a lot of incentive for him to want to stay, which narrows down the competing teams to the Celtics and Lakers.

You weren’t expecting Kemba to be on here, did you? Durant will certainly be signed by somebody, but Walker’s stock rises greatly given he is now the healthiest free agent (probably) looking for a new home. What if Kemba decides he wants to sign with the Knicks and try to recruit is own new superteam? It may take time to form, but next year the list of free agents could include Anthony Davis, Andre Drummond, DeMar DeRozan, Tim Hardaway Jr. and Otto Porter Jr.