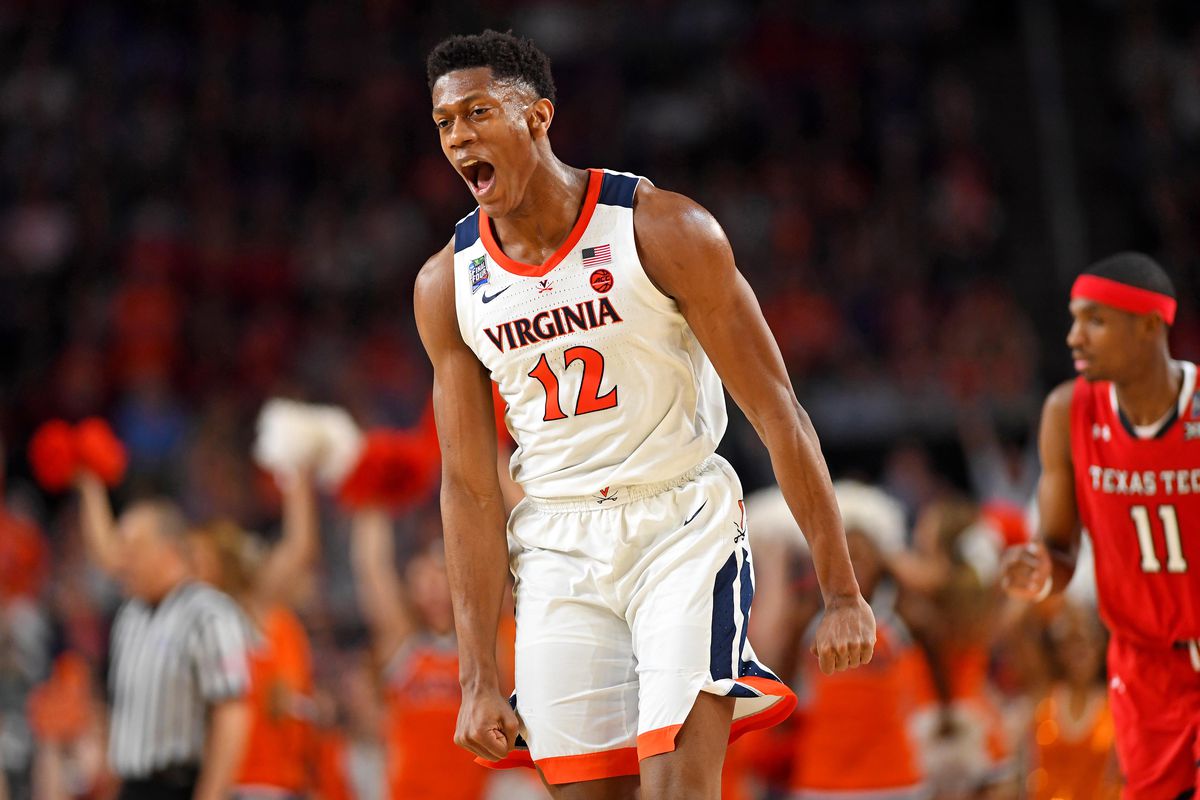 Hunter’s greatest strengths include his physical measurements. His height, weight and wingspan are almost identical of OG Anunoby from the Toronto Raptors. Hunter is also regarded by many scouts as the best defender in this draft class, thanks to those physical tools he has. On the offensive end, Hunter made the most of his three-point opportunities in his sophomore year, converting 43.8% of his attempts from long range. Another key component to who Hunter is as a leader is that he is durable and started all 38 games for Virginia and ultimately led them to the national championship game.

Many scouts view Hunter’s age (21 years old) as something to be wary of. However, I think it is better for many players to forgo the draft after their freshman year to develop their game, because it makes them more polished for when they enter the NBA. Hunter’s faults have more to do with his style of play. He is both unable to create his own shot and scoring is not always the first thing on his mind to a fault. The other area of concern for his NBA readiness is that he averaged just 1.2 made three-point shots on 2.8 attempts per game. Being smart about shots is one thing, but in Hunter’s case, it works against him because his sample size from long range is so limited that it is difficult to tell if his shot will transfer to the professional level.

As of right now, I will go with OG Anunoby given both of these players have the same physical tools and because of the fact they have similar play styles on offense (Anunoby averages 1.0/2.8 on three-point attempts in his two-year career). However, if you were to ask me to name the player with a ceiling of Kawhi Leonard, I would have to go with Hunter.

Even though Hunter may be a better player going into the draft, I think the Lakers pass on him and take Jarrett Culver because he is the better fit for them. This means Hunter will fall right to the Cavaliers, who would be wise to submit his name the second they find out they can still draft him.

Coby White NBA Draft Profile, Prediction and Scouting Report
Kevin Durant’s Injury and What it Means for the Future of the NBA