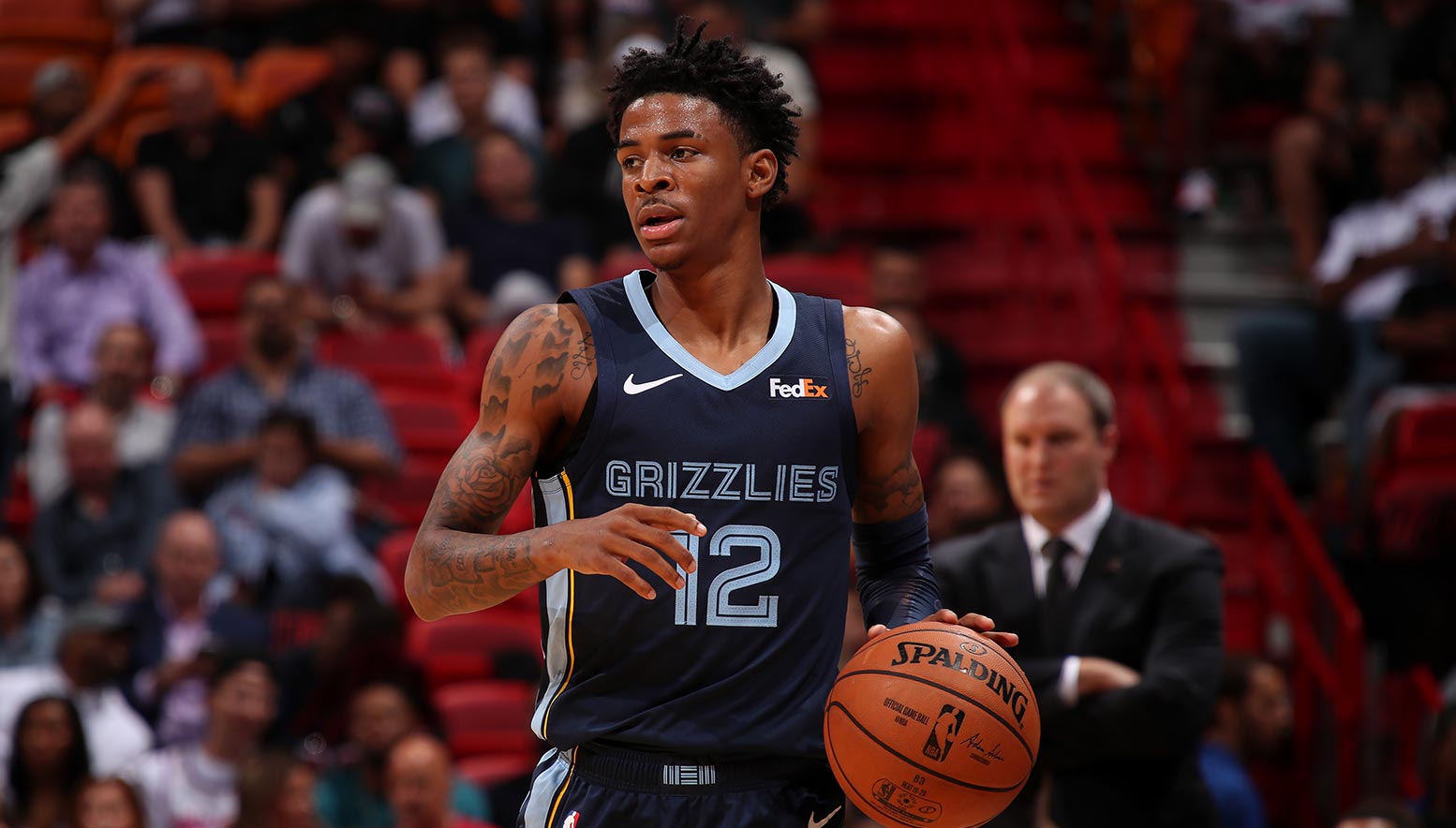 Ja Morant, the second overall pick in the 2019 NBA Draft, impressed in his NBA debut with a solid outing against the Miami Heat.

Morant added four rebounds and four assists to his 14 points on Wednesday night. The Murray State product known for his athletic ability put those skills on full display. He had one particularly impressive finish in transition.

The Grizzlies may have lost 101-120 to the Heat, but Morant looks to be a solid building block in the rebuild efforts for Memphis.

For his solid performance, Morant earned himself a B+.