It Was Almost Baker Mayfield Time In Cleveland 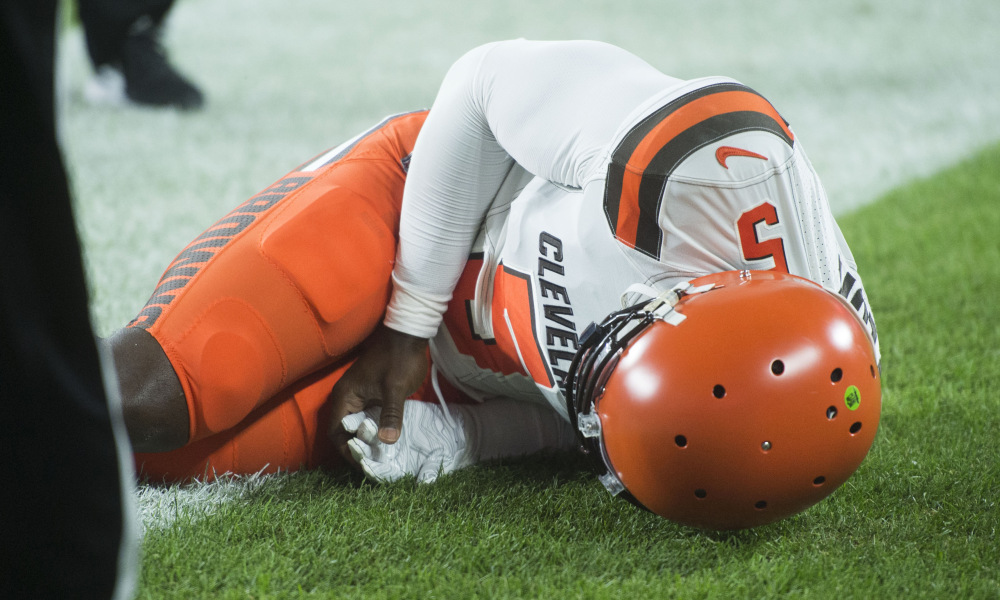 People who know me know that I am a ginormous Baker Mayfield fan dating back to his first season at Oklahoma. Don’t be surprised if I find creative ways to write about him and his exploits this season while a member of the Cleveland Browns. That being said, last night during the Cleveland Browns and Philadelphia Eagles game, we almost saw the beginning of the Baker Mayfield era.

Allow me to set the scene. The Browns were marching down the field and making short work of the Eagles Super Bowl winning defense. Near the end zone with around 6:13 to go in the 1st quarter, starting quarterback Tyrod Taylor scrambled to his left and landed on his left wrist. The slo-mo replay of the landing is not for the faint of heart:

At this point, I think everyone was thinking the worst. Tyrod looked as if he had broken his wrist on the fall and was going to require multiple weeks to get him healthy. This, of course, meant that second string QB Baker Mayfield would become the starting quarterback for the Browns, albeit one year ahead of schedule.

I will never advocate for the injury of any NFL player, even if it does mean that my favorite human Baker Mayfield would get to start. But there was a part of me that got really excited at the prospect of watching him become the starting guy. I even picked Baker up in one of my fantasy football leagues, thinking I had got the bargain QB of the century. But I was quickly hit with a hard dose of reality once the cameras cut to Tyrod standing on the sidelines holding his helmet. It was a wild roller coaster ride of about 30 minutes of my life.

“How could this be?” I thought. How could anyone not named Superman take that kind of vicious and have his wrist facing a direction we had never seen a wrist bend before? Turns out, Taylor had X-rays done on his wrist and they all came back negative, so he was able to re-enter the game in the second quarter. Today, the full extent of the injury to Taylor was revealed and Browns fans everywhere let out a collective sigh of relief when it was revealed that, 1) nothing was broken, and 2) It was on his non-throwing hand.

Tyrod Taylor dealing with a dislocated pinky on non-throwing hand. The hand is also bruised, sore, "but he's going to be fine," Hue Jackson says.

Taylor finished the game 11/16 passing with 65 yards. Mayfield finished 8/12 passing with one pick. But for about 3o minutes, on an average Thursday night in late August, the Mayfield Mafia was almost born. I was this close to making the t-shirts too. I do actually think a year of sitting behind Tyrod Taylor will help Baker Mayfield in the long run. The Browns have ruined just about every rookie QB they have by starting them too soon, and no one wants to see that happen again.