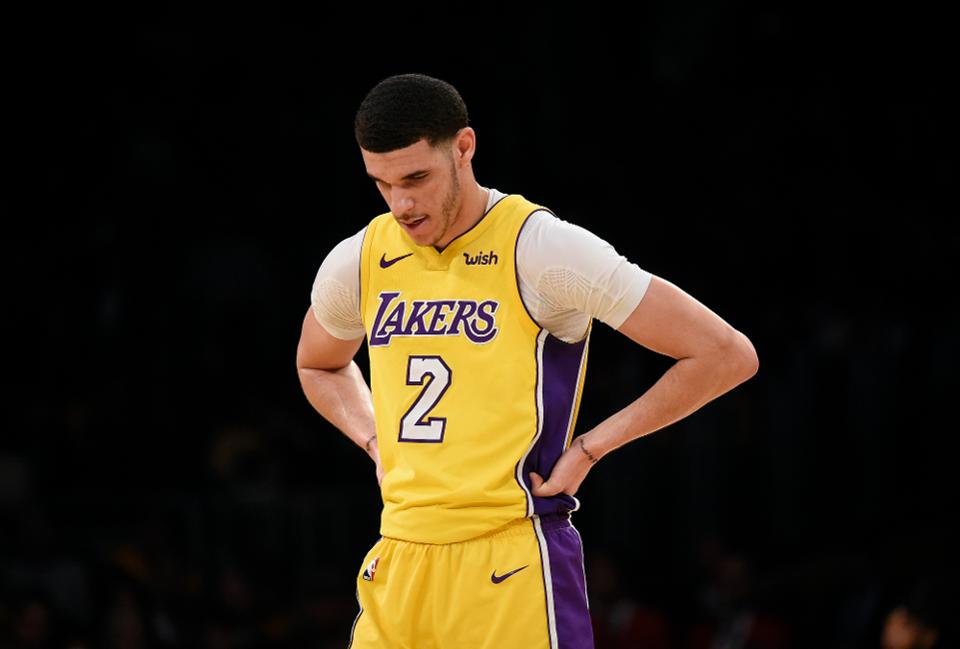 The LeBron James era is not starting off how many thought it would in Los Angeles. While the long-term prospects of the franchise remain bright, the short-term has gotten a bit dicey. The free agent moves around James have been questioned, the Golden State Warriors pulled a power move with the signing of DeMarcus Cousins, and now the franchise’s young point guard, Lonzo Ball, is involved in yet another distraction.

The Los Angeles Lakers reportedly believe that the recent injury report regarding Lonzo Ball was leaked by members of Ball’s camp. The leak allegedly kept Ball out of trade talks and was something the Lakers did not want being made public when it was. Ironically, the leak meant to keep Ball a Laker may be the final strike against him. With all that is changing in the Lakers organization, has Lonzo Ball finally worn out his welcome?

The Writing on the Wall

Lonzo Ball became expendable within a day of LeBron James joining the Lakers. James, along with fellow new additions Lance Stephenson and Rajon Rondo, are all players capable of handling the ball. Rondo and James are both capable of running an offense and do so very well.

The team also brought back Kentavious Caldwell-Pope and still has second-year guard Josh Hart. In short, this is not the same roster from a year ago. Lonzo is not the primary ballhandler, and he may not even be second on the list for the current team. That does not mean Lonzo is lacking talent, but simply that now he is not needed as much as he was. That means Lonzo likely now has a much shorter leash.

In Lonzo’s defense, not all of the problems surrounding the UCLA product are of his own doing. His father, LaVar, has been a distraction at times with his off-court antics and comments. Lonzo’s younger brother, LiAngelo, has plenty of his own off-court problems as well. None of that has to do with Lonzo, and the Lakers worked through it all. Yet every team has limits, and the writing may have been on the wall for Lonzo even before this latest leak scandal.

At this point, a split between Lonzo and the Lakers seems beneficial for both parties. Lonzo (and his family) could fit better in a smaller market. The Ball’s really are not that bad, but the LA spotlight and national exposure that comes with it magnifies all. A trade to a smaller market team or a team less in the national focus than the Lakers could allow Lonzo to just focus on basketball and really grow as a player.

For the Lakers, trading Lonzo means adding a different piece that could better suit what the team. The goal now is to win with LeBron James and the roster must reflect that. A trade would unclog the backcourt a bit and balance out the roster around the league’s best player, something that should be a no-brainer for Magic Johnson and his associates running the Lakers. It just makes sense for the Lonzo Show and the Lake Show to separate, for the good of all involved.