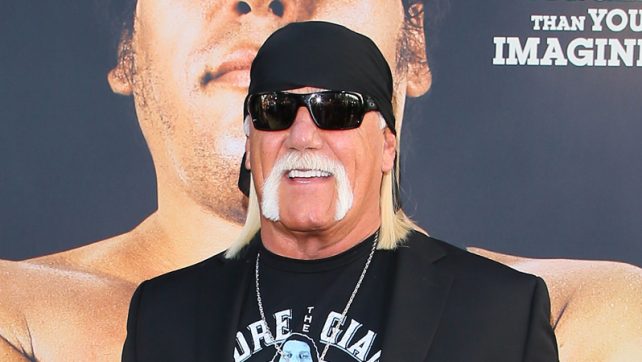 Hulk Hogan was reinstated to the WWE Hall of Fame this past week. He was dropped from the Hall of Fame because of sex tape scandal and racial slurs in said tape. His reinstatement draws a big shock to a lot of fans, especially the black community. However, he hasn’t signed any contract with WWE yet but promised to make things right.

Mark Henry talks to TMZ recently about the situation in the locker room after the announcement and Hogan’s speech in the locker room. Henry said that not everybody is buying what Hogan said. Henry, personally believes that Hogan was genuinely sincere and tried to clear his name.

“I do, I do feel like he genuinely wants to clear his name. He sees people that used to respect him, they look at him different. And it hurts. And he brought that on himself. But, he’s trying his best to clear that up”

Henry also talked on Busted Open Radio about Hogan willingness to do what it takes to fix things. He said he needs some convincing from Hogan and Henry believes he’s convinced.

“He’s like, ‘Mark I’ll do whatever. Because I want people to see my heart not what I said anymore. It’s an embarrassing thing. I go places and I see people giving me a look I’m not used to getting and it’s been that way since that time.’ He said, ‘I can’t live with it like that. I gotta fix it.’”

It’s interesting to see how many things Hogan will do to achieve redemption. But if his effort is genuine, Henry will certainly at his side when he’s needed.

Hogan also met with lots of disagreement from the locker room. Not everybody believes in him like Mark Henry does. Titus O’Neil, for example, is not-s0-subtly disapproving Hogan’s reinstatement to the Hall of Fame.

O’Neil is a big spokeperson for the WWE and he certainly didn’t hold back on expressing what he thinks. In his latest Instagram post, he quoted a bible verse followed by a statement that he never respected a person that doesn’t operate in truth when it comes to making a wrong into a right with genuine motives.

‪Let us not become weary in doing good, for at the proper time we will reap a harvest if we do not give up. -Galatians 6:9 ‬ ‪Consistency is the Key to Breakthrough in anything we desire in life. Love God,Love Others,Love Yourself,Give Unselfishly and Work tirelessly to Make The World&People around you Better and In Due Season you will Prosper Through the Fruits of Good Deeds,Thoughts&Labor. ‬I know and continue to Pray that my sons @tjbullardd and @titus_bullard11 will seek positive ways to Impact those around them. Regardless of Race,Gender,Sexual orientation,Religion or political stance ANYTHING IS POSSIBLE When GENUINE PEOPLE Come together and operate in truth. I have NEVER RESPECTED A PERSON That doesn’t operate in truth when it comes to making a Wrong into Right with Genuine motives. And I wouldn’t ever teach my sons to accept that either. #contentofcharacter

While he never dropped a name in his post, the timing of the post is too coincidental to make it unrelated to Hogan’s apology.

The “I Don’t Care What Happened”

Besides those two sides, there are also the ones who feel indifferent and feel it did not affect their own being. The New Day recently made a statement regarding the reinstatement of Hulk Hogan. They said that this is the only statement that they will make regarding Hogan’s case. They stated that they didn’t feel any different at all, whether it’s happy, sad or resentful. They said that if someone made racist remarks to them, they will not respond with more feelings of hate. They prefer to stay away from them unless they make genuine efforts to change. Only time will tell about that.

Now that the locker room has spoken, what do you think about Hogan’s reinstatement to WWE Hall of Fame? Fire below!

If you want to discuss anything esports and WWE related, you can DM me on My Twitter or My Instagram.