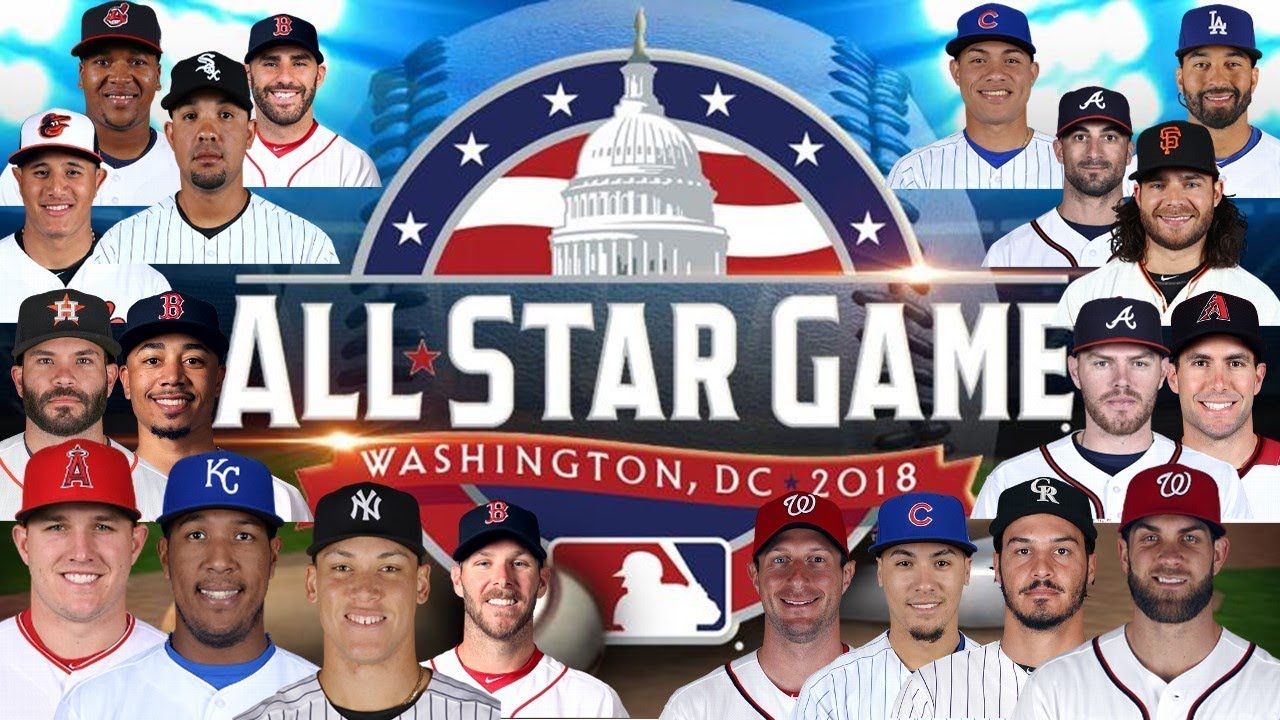 The 89th Midsummer Classic is now in the books. On Tuesday night, the 2018 MLB All-Star Game was played in our nation’s capitol. This was the first All-Star Game to be played in Washington, D.C. since 1969.

The American League would get the scoring going early. In the top of the second, Aaron Judge would hit a monster solo home run off of Max Scherzer, putting the AL up 1-0. Mike Trout would later match Judge’s home run with a solo shot of his own, putting the AL up 2-0 in the 3rd.

The National League would not go down quietly. Following Trout’s blast, Cubs catcher Willson Contreras would join the solo home run party to cut the American League lead in half, 2-1. A series of scoreless innings would follow. Then finally, in the bottom of the 7th, Rockies shortstop Trevor Story would tie the game at 2 with yet another solo home run.

The deadlock needed to be broken, and the American League hitters had every intention of doing that.

It would be a tall task in the 8th inning, as the AL lineup would have to face the Milwaukee Brewers’ Josh Hader. Hader has been incredibly difficult to hit this season, but he has also struggled recently. As it would turn out, those struggles would follow him into the All-Star Game. Hader would give up singles to Shin-Soo Choo and George Springer.

With one out, Mariners shortstop Jean Segura would step to the plate. With a full count, Hader got Segura to pop up. Thanks to an error by Joey Votto in foul territory, Segura’s at-bat could continue. Soon after, Segura would rip a three-run home run to left field, giving the American League a commanding 5-2 lead.

Hader would leave the game having given up four hits and three runs and only retiring one batter. His teammate, Christian Yelich, would later give him a lift. In the bottom of the 8th, Yelich blasted a solo home run to cut the AL lead to 5-3.

The Bottom of the Ninth

It looked as if the American League would easily collect their sixth straight ASG win. Scooter Gennett had other plans. With one runner on in a 1-0 count, Gennett blasted a low and inside fastball to right field to tie the game 5-5. The All-Star Game would have to be decided in extra innings.

Houston Strong in the 10th

Faced with another tie game, the American League bats would spring into action to break that tie. Two Astros teammates would provide the power. Alex Bregman and George Springer would provide back-to-back homeruns in the top of the 10th to put the AL up 7-5. Later in the inning, a sacrifice fly from Michael Brantley would increase the AL lead to 8-5.

The National League would try to rally in the bottom of the frame. Joey Votto, in an effort to make up for his earlier fielding error, would hit a solo homerun to cut the AL lead to 8-6. That would be the end of the rally, however, and the American League would hold on to win in ten innings.

Here are some of the major story lines from this year’s All-Star Game:

This year’s All-Star Game featured plenty of young stars. There were 32 players making their first All-Star appearance, 15 from the American League and 17 from the National League. If this year’s contest is any indicator, there will be a plethora of great All-Star teams for many years to come.

Long balls were in no short supply. Ten combined home runs were hit in this year’s All-Star Game. That total is the most in an All-Star Game in MLB history. The previous record of six had been done three times before.

During the early portions of the contest, FOX put a microphone on a few players while they were in the field playing defense. Mike Trout, Bryce Harper, Francisco Lindor, Charlie Blackmon, and Matt Kemp were some of the All-Stars that donned the mic to communicate with the broadcasters calling the game. The on the field mic made appearances league-wide during Spring Training. The in-game mic, however, has yet to be used in a regular season game. The upside for using the mic during baseball would be tremendous in terms of increasing the entertainment value of baseball’s television broadcasts.

The Ted Williams All-Star Game MVP Award was presented to Houston Astros third baseman Alex Bregman. Bregman would go 1 for 3, with his one hit being the go-ahead solo homerun in extra innings. That kind of award will earn Bregman some serious clout – also a new Chevy Camaro.

All eyes were on Baltimore Orioles shortstop Manny Machado, as many believed he was donning the Oriole orange and black for the last time tonight. Few would have predicted that he would reportedly be dealt in the middle of the game. According to Bob Nightengale of USA Today, Machado will be traded by the O’s to the Dodgers “barring a last minute snag.” During the game, FOX’s Ken Rosenthal would confirm the report. The trade will bring a huge shift in the power balance of the NL West and the National League at-large. Machado has put up monster numbers so far with 24 home runs and 65 RBI in 96 games. It was only a matter of time before he was going to be dealt to a contending team. As far as we know, that team appears to be the Dodgers.