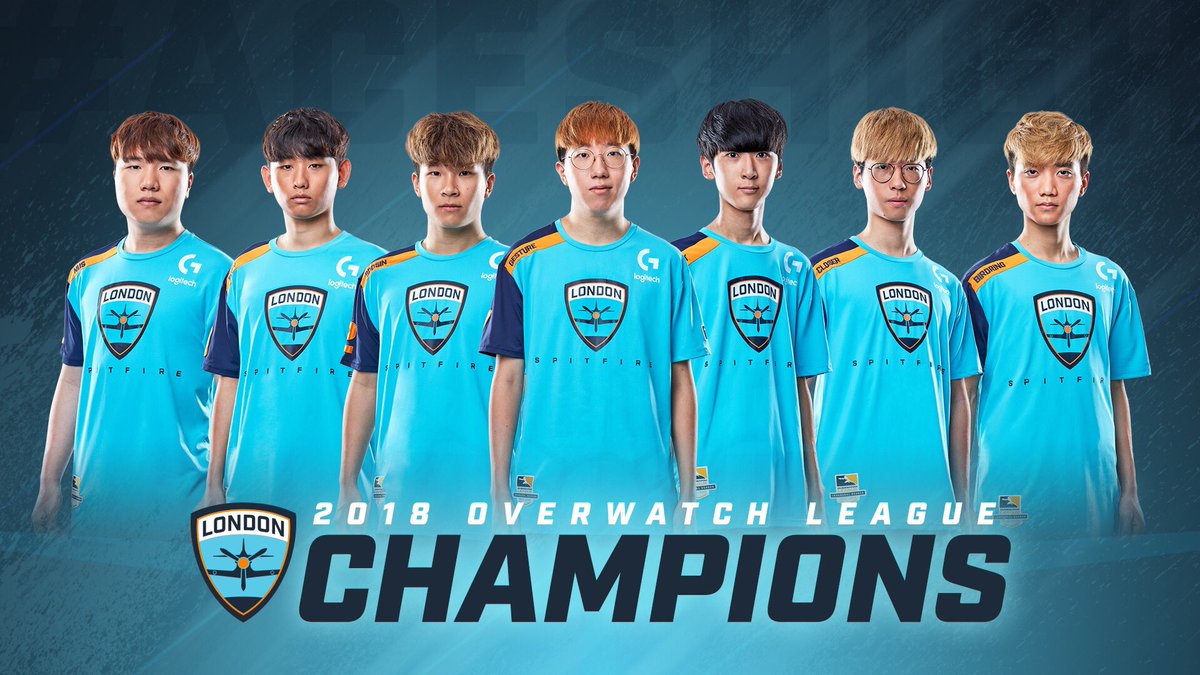 In the inaugural season of Blizzard’s Overwatch League (OWL), twelve teams battled it out to represent and make their respective cities around the world proud. On the weekend of July 27-28, the season ended at the Barclays Center in Brooklyn, New York. This was where the London Spitfire and Philadelphia Fusion faced each other in the Grand Finals for the World Champion title.

After two days of matches, the London Spitfire captured history and walked away victorious with the title as the first ever OWL Champions. The Spitfire managed to grab a 3-1 victory and lead on Friday against the Fusion, which meant they were only one series away from taking the crown. On Saturday, the team in sky blue and orange had a much more dominant 3-0 win, which earned them the title of the best Overwatch team in the world.

The league and its fans also crowned their MVP, which was sponsored by cell phone carrier T-Mobile and was decided by using a voting system on social media. Fans could vote by using #TMobileMVP followed by their favorite player’s battletag /nickname in-game.

After being awarded the championship trophy, it was revealed that the Korean Spitfire DPS player Jun-Young “Profit” Park was the winner of the prestigious award. Park was mostly known for his plays on Tracer and Genji, who are two of the twenty eight heroes that players can choose from in Overwatch. Throughout the season, he also improved immensely on other heroes, such as Brigitte and Hanzo.

It was also revealed by Cloud 9 and London Spitfire owner Jack Etienne that the team would be paying a visit to London in October so they can meet local fans and celebrate their monumental victory. With the bar set for next season and two new teams already announced for Atlanta, Georgia and Guangzhou, China, some could say that the next year will be a pretty good time if you’re an Overwatch fan.

Will Portability Be an Issue for the Future of eSports?