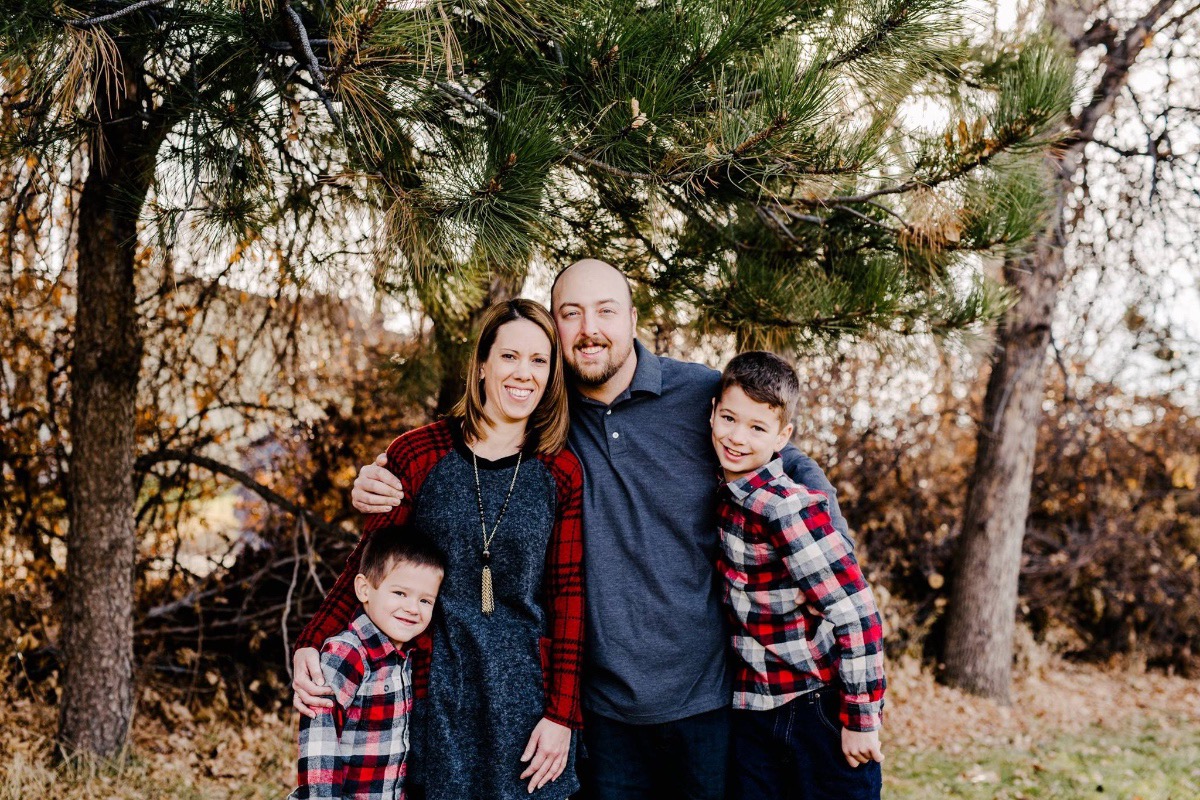 For Sarah Stelzner, basketball has been a passion of her’s from the day she picked up a ball. That love for the game did not fade as time passed. She had a knack for helping people discover their individual talents as well. When she became a mom, she passed on this love of the game to her boys, Bryan and Eli. Not only was she a baller back in her day, she had a drive to coach. When the opportunity came about, she took the chance to coach both of her boys on their youth basketball teams. It was perfect for her. She got to stick around the game she grew up adoring, and now she got to teach her boys how to play.

When the news of the Final Four coming to Minneapolis came, only one hour away from their home, it was a no-brainer to purchase tickets. Sarah’s husband and the boys’ father, Mike, would tag along with Grandpa as the family went to soak in the madness of March in Minnesota.

The diagnosis was difficult, but Sarah was a fighter. Being the rock of her family, as Mike has described her, she maintained an amazing outlook on life while being in the battle. Sarah’s prolific and courageous battle with ovarian cancer ended on Saturday, March 30th, 2019. Sarah passed at the young age of 40.

Bryan has talked about attending the Final Four since the tickets were purchased. He was pumped, to say the least. He had let everyone know he was attending. Being one of Bryan’s teachers, I had heard about his plans and was excited to hear about his experience. With the sudden and massive loss of Sarah, the Stelzner family was questioning whether or not to attend the tournament. Thankfully, the family is looking for an amazing getaway from the difficult times they have endured. The Stelzner’s are going to the Final Four!

With that being said, it’s safe to say that this family DESERVES an opportunity to smile. They deserve a chance to laugh. They deserve a chance to be a part of a once and a lifetime experience in Minneapolis. With everyone’s help, we can make this happen. Below, there is a tweet that is asking for your help. Please, retweet with comments to the NCAA, March Madness, the Final Four, or any of the teams that could help spread the word. If we can get eyes on the tweet, maybe someone can help make this weekend unforgettable for the Stelzner family.

Mike, Bryan, and Eli have been extremely grateful for all of the support and outpouring of love over the past few days following Sarah’s passing.

Due to the extreme medical expenses, below is a GoFundMe page to help the Stelzner family pay for the expenses.

Want to learn more about how you can help others fight and overcome ovarian cancer? Visit the websites below to learn more.