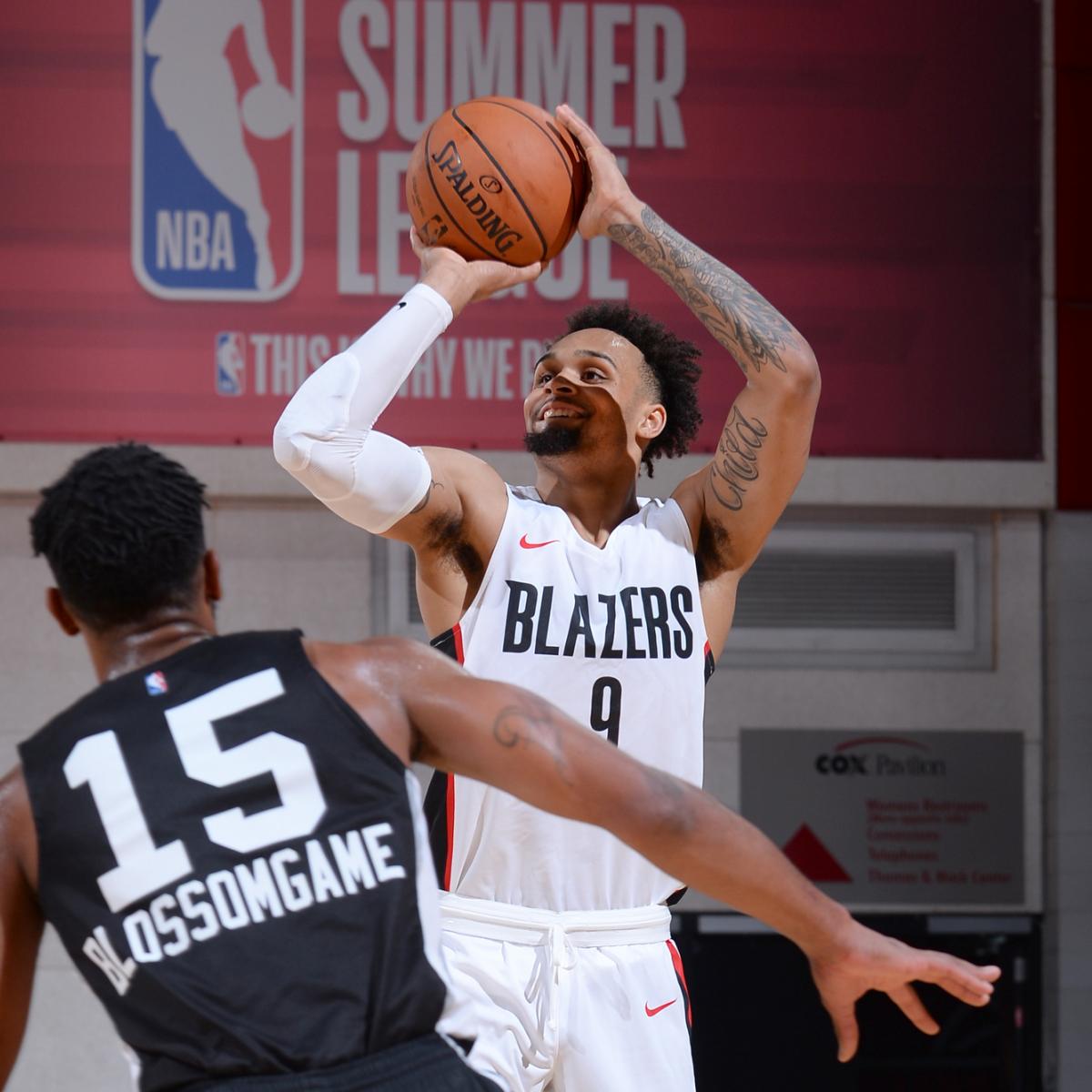 Gary Trent Jr. was not happy about his second-round selection the 2018 NBA Draft. A one-and-done sharpshooter out of Duke, it was once thought that Trent could scratch the bottom end of the lottery. The scouting process ultimately deemed the marksman a one-trick pony, which led to the gradual drop all the way out of the first round. Of course, that sort of rude awakening can serve as a wonderful wake-up call for a young NBA player.

There was never a question regarding Gary Trent Jr.’s shooting touch. The well-traveled rookie set the Duke freshman record with 97 made triples in his single season with the Blue Devils. That shooting stroke was on display against the Spurs, as Trent Jr. knocked down 4-8 from behind the arc.

That said, as stated already, nobody thought Trent Jr. would have problems hitting threes. The rest of his game was what became called into question throughout the pre-draft process. Trent’s ability to be anything more than a spot-up shooter was highly debated.

While in the win over San Antonio Trent Jr. scored predominantly from behind the arc, he has not been the specialist some thought. In Portland’s first Summer League appearance, Trent Jr. scored 16 points and hit 9-9 from the foul line. He struggled in the second game before the bounce-back performance here against the Spurs.

The former Dukie’s offensive arsenal has been impressive. However, his defense was also highly questioned after his single season at Duke. At 6’6″, Trent Jr. certainly has the size to be a capable NBA defender. The rest will be up to how much work the guard intends on putting in at that end of the floor. His on-ball skills still require improvement, but he managed two steals in the 95-89 victory. All in all, it appears Trent Jr. has several of the tools needed to excel in today’s NBA. The rest, at least from an initial glance, would appear to be up to him.

The Spurs are the Spurs and will always play like, well, the Spurs. The same apparently can be said for the Summer League team. Without Summer League star Derrick White, the team orchestrated a daring comeback in the final minutes of the loss to Portland.

Down 15 with mere minutes to go, the Spurs went on an electrically quick 12-0 run before ultimately being defeated by 5 as Portland connected on late free throws to seal the win. The effort did not have a single star, but a strong team effort in true Spurs fashion.