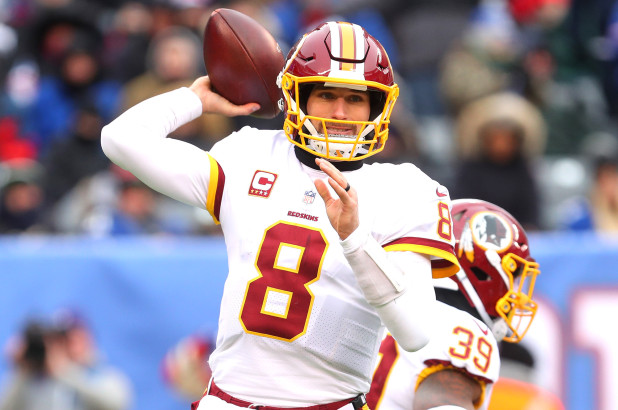 Free agent quarterback Kirk Cousins is gaining a lot of attention from the New York Jets as they look to sign the veteran quarterback.

For how much, you might be wondering? Well, the Jets are prepared to pay any amount for Cousins, according to rumors circulating.

The Jets need to focus on a lot of areas during their current rebuild, but solidifying the quarterback position will go a long way in a step in the right direction.

Josh McCown is set to become a free agent on March 14, when the new year for the NFL begins. Should McCown move on from the Jets, then their quarterbacks remaining on the roster would be Bryce Petty, Christian Hackenberg and Joel Stave.

Needless to say, they need a quarterback in a hurry.

The Jets currently have $70 million of cap space to offer a long-term contract to Cousins that could match the likes of what Matthew Stafford, Andrew Luck and money man Jimmy G have been paid recently. Not to mention, they have the sixth pick in the upcoming 2018 draft, so the Jets have options on what card they want to play.

However, Cousins isn’t the only quarterback that the Jets could potentially target. Drew Brees, Case Keenum, Sam Bradford, Teddy Bridgewater, A.J. McCarron, Jay Cutler, Ryan Fitzpatrick and Geno Smith are notable free agent quarterbacks that could be swooped up by quarterback-needy teams in a few months.

The big thing here is that if Cousins does sign with the Jets, he has to be willing to sign for the long haul. Like I mentioned, the Jets are building from the ground up, and also play in the AFC East. A division that the New England Patriots have had locked down for a better part of two decades. Playing the Patriots, Dolphins and Bills twice a year is a daunting task for the Jets, who have noticeably struggled against in recent memory.

Still, the Jets are playing the long game here, and if Cousins isn’t inclined on committing, then they will sign another quarterback to a big payday, and Cousins will remain in limbo.

Given the rocky situation Cousins and Washington had, dating back to when they were coached by Mike Shanahan and Robert Griffin III was their quarterback, this is a chance for Cousins to have a clean slate.

He proved he’s capable of leading a team to the playoffs, like he did in 2015 when Washington won the NFC East, in addition to throwing for 4,000 yards since becoming the starter. It’s just a matter of a team — like the Jets — of taking a chance on the 29-year-old quarterback.

Will the Jets open up their checkbook filled with zeroes to sign Cousins? Will know in a few months.