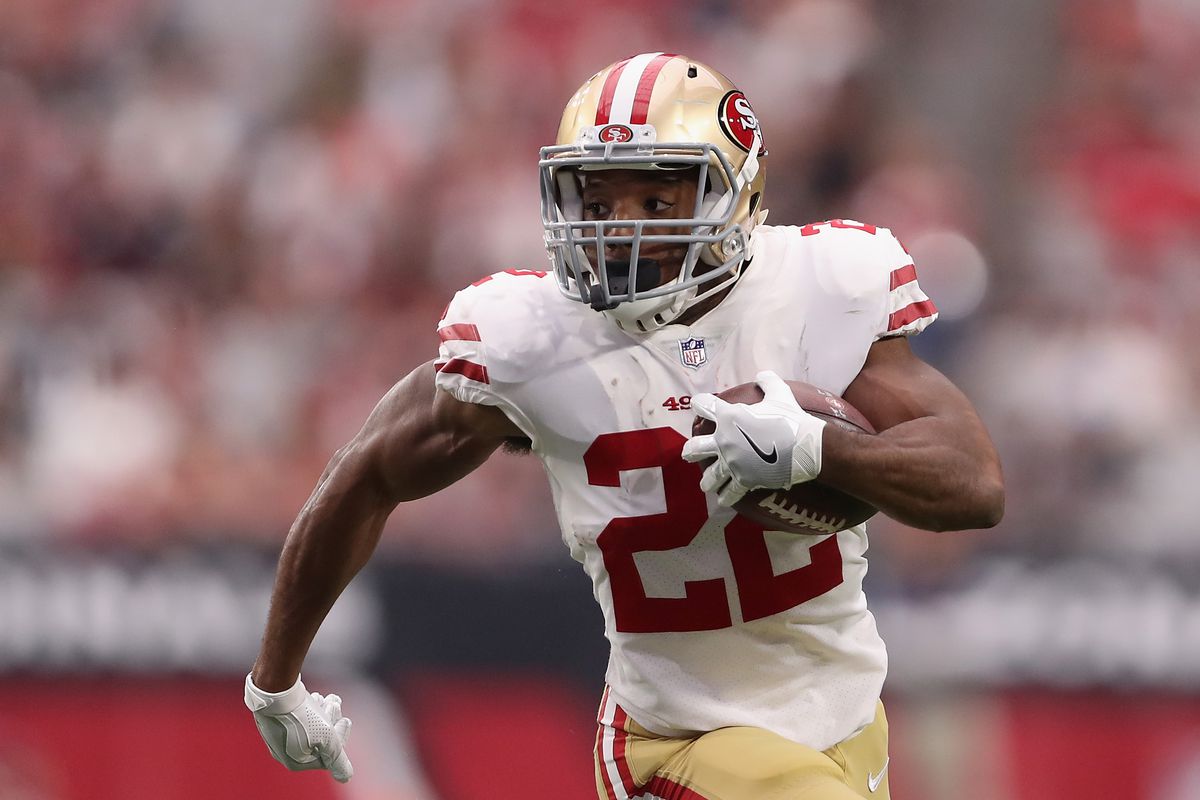 When asked by reporters, the Steeler lineman said Le’Veon Bell will be in practice on Wednesday, “count on it.” While Bell has not told him that directly, the two have texted back and forth. From what he knows about Bell, he won’t be able to stay away. So, should we believe Pouncey? It’s tough to tell. But if I’m Le’Veon Bell, I wouldn’t want to let my best blocker down.

With the recent buzz around Alfred Morris, this is certainly interesting. We know head coach Kyle Shanahan likes to involve the running back in the receiving game, which is something not in Morris’ repertoire. If Breida is fully healthy and stays that way, I would expect him to see the larger share of the snaps, with Morris mixing in during short yardage and obvious rushing situations.

Alshon Jeffery is “Week to Week”

Doug Pederson recently was a bit annoyed at Adam Schefter saying his star wide receiver would miss a couple weeks. But now, Pederson is saying Jeffery is “week to week” in his recovery from a shoulder injury. To me, it sounds like Schefter was correct, not that we needed to find a reason to trust him. With Jeffery out, Nelson Agholor gets a bump. I would say Zach Ertz is just as valuable as he typically is, and Mike Wallace also receives a bump in usage. As long as the Eagles have Wallace running more than deep routes, I think he could be a decent contributor in Alshon’s absence, however long that may be.

DeVante Parker is recovering from a broken finger, but is listed as a starter on the initial depth chart. However, his status for week one is up in the air. In fact, they do not know if Parker will be ready for even the second game, according to the Miami Herald. He has been seen at practice with a protective covering on his hand. For a player who has struggled with fundamentals and consistency, something as small as a covering on his hand is enough to steer me away, for now.

The tight end position for the Cowboys has been a valuable one, considering they ran just one play without a tight end last season, and that play was a run. Heading into week one, Geoff Swaim is listed atop the depth chart, but I don’t view him as the most valuable option to own. Considering Swaim is more of a blocker, I view Blake Jarwin as the tight end to own from Dallas, for fantasy purposes. Dak Prescott looked Jarwin’s way often in practice and the preseason, and I expect this trend to continue.