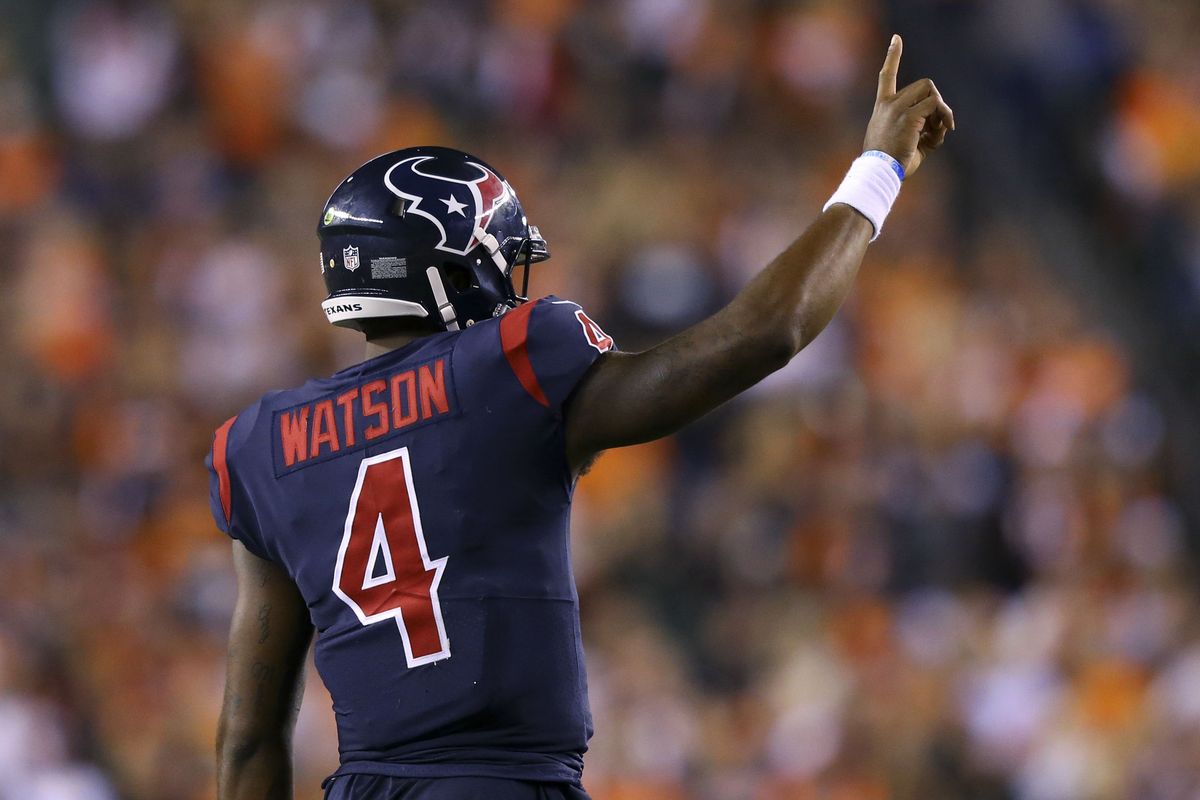 We are going all the way out to London this week for the jackpot game, and I am predicting this to be a fantasy goldmine of a game to start your morning. On paper, this is a mediocre matchup for Deshaun Watson, as the Jaguars have only allowed 18.4 fantasy points per game to opposing QBs in the last five games. However, if you look closely in the last five games, they have played these five QBs: Sam Darnold, Andy Dalton, Teddy Bridgewater, Kyle Allen and Joe Flacco. That number is very inflated, so I have no worry for Watson against this defense. Watson is a locked in QB1 this week.

Carlos Hyde and Duke Johnson are both RB3/Flex plays this week, for the lack of upside limits them to crack the top tier RBs. Jacksonville is in the middle of the pack in terms of fantasy points allowed per game, with 24.2 per game allowed in the last five, but with a high-powered offense like the Texans, touchdowns are guaranteed to come, so all Hyde or Johnson needs to do is find the end zone once to make all owners happy.

DeAndre Hopkins is finally coming back to life and he is in store for a big game this week. He has been given, via PFF, a 7% matchup advantage, which is not top notch by any means, but A.J. Bouye by no means has been lock-down this year. Michael Thomas put up a 8-89-0 line against this Jaguars defense a couple weeks back with Teddy Bridgewater throwing him the ball, so I have no worries that Watson can get the ball to Hopkins to produce a stat line like that. Kenny Stills let many owners last week down, but he is in for a bounce back week. Stills has been given a very solid 28% matchup advantage, and with Will Fuller out, that leaves him as the number two target on this offense. You are taking a risk with Stills just like owners were with Fuller, but if he hits, then you have won your matchup for the week.

Along the same boom or bust category as Stills comes this veteran TE Darren Fells. Nobody could have expected Fells to hold streaming value during the season, but here we are. In the last five games, the Jags are allowing 10.9 fantasy points per game to the TE position, but they are coming off a 24.6-point performance by Ryan Griffin, which brings hope for Fells. With Fells, you are banking on a touchdown to retain value, but at least for this week, I think Fells is a solid streaming option.

Gardner Minshew is in a great spot this week and should be a top streaming option at the QB position. In the last five games, the Texans are currently allowing 25.9 fantasy points per game to the QB position and have been recently torched by Jacoby Brissett and Derek Carr, proving that any QB can light up this defense. There are definitely better options to play at QB, but Minshew has a high floor this week, with three touchdown upside.

Everyone has been patiently waiting for Leonard Fournette to find the end zone more than once this year, but I am not going to jinx it, so lets HOPE he finds the end zone this week. In the last five games, the Texans are only allowing 23.7 fantasy points to opposing RBs, and normally this would be a tough matchup, but Fournette gets upwards of 90% of the snaps, so he is matchup-proof when it comes to fantasy production. Fournette is a locked in top-12 guy this week, with the hope that a touchdown will come.

With Dede Westbrook lining up to not play, that leaves D.J. Chark and Chris Conley in smash matchups this week. Chark and Conley were both given above 19% matchup advantages this week to a defense that is currently allowing, in the last five games, 41.4 fantasy points per game to the position. WRs like Hunter Renfrow, Zach Pascal, Jarius Wright and more have all had fantastic fantasy performances against this defense, so there is no way they can shut down these two this week. Both should be locked in WR2s this week with an easy path to top end fantasy upside against this terrible secondary.