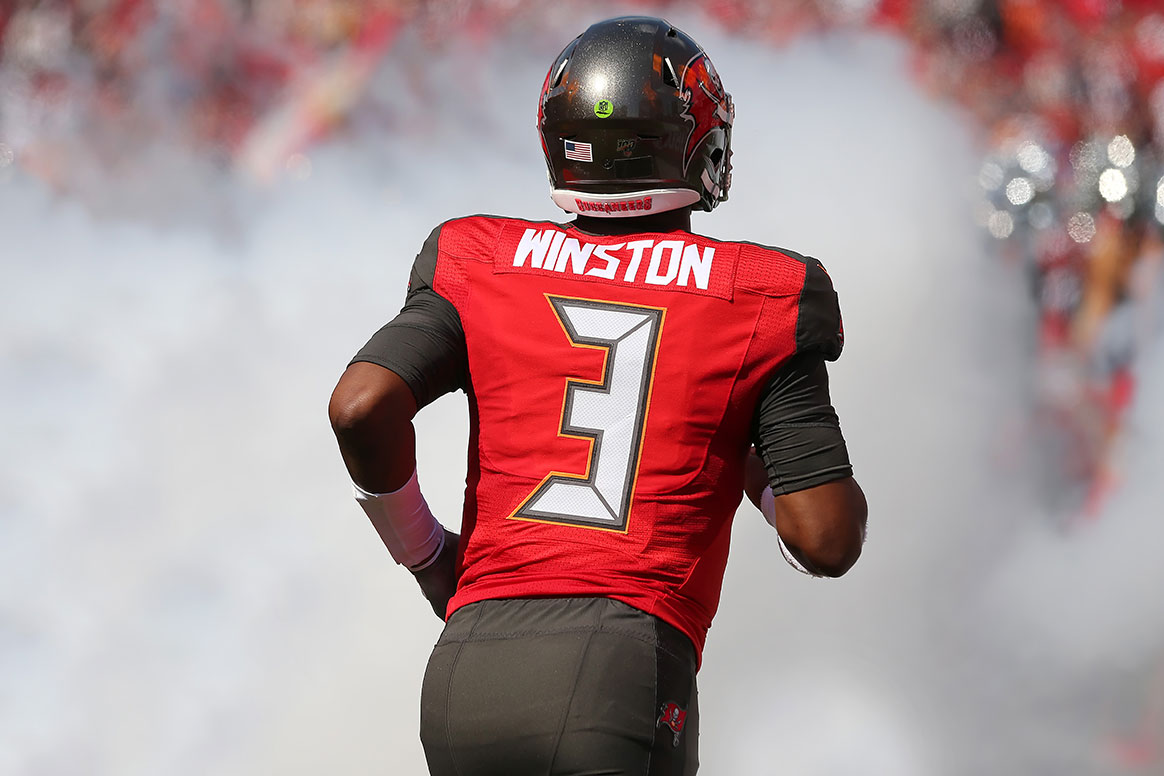 This Buccaneers offense has been nothing short of explosive so far this season and, due to the lack of rushing attack they possess, it by no means is slowing down. Going into Week 13, Jameis Winston is the leader in air yards attempted and air yards completed, as well as interceptions, making him one of the most annoying fantasy QBs on a weekly basis. Winston does have a nice matchup this week, as the Jaguars have allowed 22.2 fantasy points per game to the QB position in the last five games. The Jaguars were torched last week by Ryan Tannehill and the underwhelming Titans receiving weapons, so Jameis is in a nice spot this weekend.

I would not advise banking on a Tampa RB to help you win your matchup, but if I absolutely had to play one, it would be Ronald Jones. Despite last week’s underwhelming stat line, Jones has had more than 15 opportunities per game in four of the last five weeks. You are absolutely banking on a touchdown while playing Jones, but he has a sneaky matchup this week, as the Jaguars have allowed the ninth-most fantasy points to RBs in the last five weeks and have allowed point totals of 35.1, 45.1 and 36 the last three weeks.

Both WRs, Mike Evans and Chris Godwin, are auto starts every week. On paper, it isn’t much of a juicy matchup, but due to the nature of this offense, Evans and Godwin should be started with no lack of confidence every week. The Jaguars should be able to keep up on their end to force the Buccaneers to keep throwing the ball. As if the RB situation wasn’t enough to digest for fantasy, this offense has another position battle that no one can win, and that is the TE position. Cameron Brate and OJ Howard seem to be going back and forth on who is the starter and I want no part of it. The Jaguars, in the last five games, have only allowed 10.3 points per game to the TE position and, due to the lack of consistency, I would advise to find another option.

Nick Foles not only needs to perform for fantasy owners this week, but if he would like to keep his job, then he needs to prove it against a weak secondary. Tampa, in the last five games, have allowed 27.7 fantasy points per game to the QB position, placing them at the second- highest in that stretch. The Jaguars had playoff hopes but have started to slip. Foles is going to bounce back this week, which makes him a solid streamer/low end starter this week.

Normally, I would have caution with Leonard Fournette in a tough matchup, but due to his recent surge in target volume, I think he is now in the matchup proof category. In the last four games, Fournette has seen target line of seven, six, seven and 12, placing him in the elite category of what a workhorse back should be. This is a tough matchup, and I will not hide that, but he is playing at home and, if he continues to see the same target volume, he is still a lock for a top-12 weekly RB.

This may be more of a personal bias, but I love all three WRs this week in this very plus matchup. After a run-focused week, the Jaguars MUST air it out in order to keep up with the Buccaneers this week. In the last five games, the Buccaneers have allowed a league-high 51.1 points per game to the WR position. DJ Chark, Dede Westbrook and Chris Conley should all be rostered and started this week, as the Jaguars will need to throw the ball and that means that fantasy points will need to fall to someone. Since Week 5, all three of the receivers have seen a consistent share of targets with a few lackluster games, but that trend will not fall off this week. I have extreme confidence in Jacksonville pass catchers this week.

Do not let the low point total shy you away from playing the board in this matchup; this is going to be a sneaky shootout.