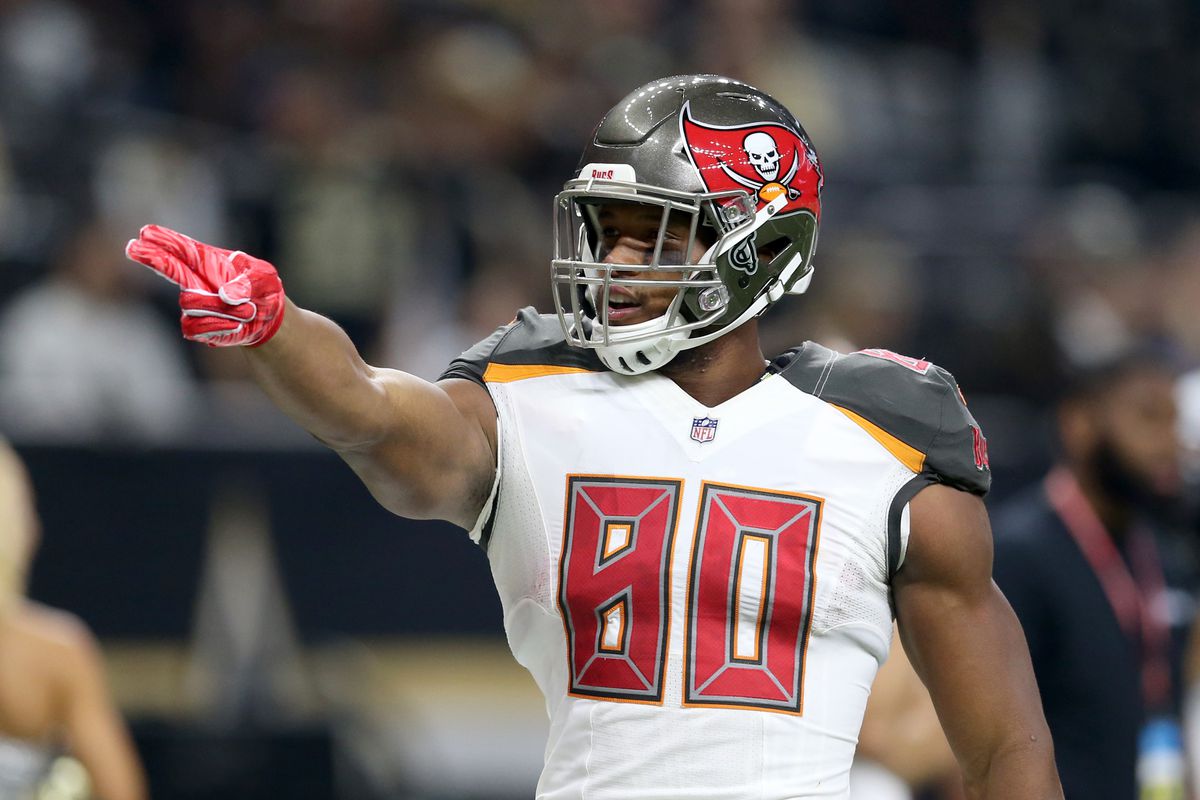 It’s the FINALS. This is it. This is the moment you’ve been working towards for months. You’ve taken out every challenger that has crossed your path, and now only one challenger remains between you and league immortality. That last team to beat, of course is the other best team in the league, so there can be no mistakes in the final round.

Your studs are probably what got you this far, but recent injuries to guys like Dalvin Cook and Chris Godwin likely have many of you scrambling for ways to manufacture points from your bench or even the waiver wire this late in the season. Here are a few guys like that who you should be trusting, or leaving alone, in your championship game.

The 49ers slowed down Ryan somewhat last Sunday, but he was still able to throw two touchdown passes for the third game in a row. The Falcons have no interest in losing for a better draft spot, and they now look like a seriously tough team to beat after upsetting San Francisco. The Jaguars do not have a defense that should inspire fear this year, allowing 2 more quarterback points per game than the average defense, so with the way Ryan has been cooking, it’ll be tough to keep him out of your lineup.

He’s taken you this far, right? Don’t get cold feet now. Yes, it’s true that the Saints just held Jacoby Brissett to just over 7 fantasy points in a 34-7 blowout. It’s also true that they allowed about 29 points to Jimmy Garoppolo just a week before that. And 23.1 to KYLE ALLEN not so long ago in Week 12. It’s a plus matchup, at home, in a must-win game, against an explosive offense that will require Tannehill to keep the ball in his hands, and not hand the ball to Derrick Henry 25 times. Stay the course and let Ryan Tannehill win you a championship.

Kyler Murray isn’t finishing this season with the eye-popping fantasy numbers owners were hoping for when they drafted him. His passing yardage has fallen off, and the 4 total touchdowns he has scored in the past 3 weeks doesn’t cut it at this stage of the season. If you’re facing off against Lamar Jackson or Deshaun Watson and you’re desperate for an upside QB game, then you won’t do much better than Kyler, but he’s a serious risk going on the road against the Seahawks, who are allowing 12.7 fantasy points per game to quarterbacks over their last five games.

Since Week 9, Rodgers has just one game with over 14.4 fantasy points and it was against the Giants. In the other five games since then, Rodgers has just 4 touchdowns, and he has prematurely ended plenty of seasons because of his slump. Now Rodgers gets to face the Vikings, who have allowed just one game over 16.9 points since Week 8, and that game was to Dak Prescott. Not much outside of this being a dome game has fantasy appeal for Rodgers. It’s weird to say but if you’re in the finals, find someone other than Aaron Rodgers. Like Tannehill, for instance.

Sanders has looked great out there ever since the job officially became his when Jordan Howard never returned from his injury. His play and his touches have been steadily improving, when finally it reached a crescendo when Sanders enjoyed a career day with 170 total yards and 2 touchdowns. If you started him last week, congrats on making the finals. If you didn’t start him, I hope that it didn’t cost you and that you’re still alive to enjoy what he does this week. The Cowboys defense is mediocre against running backs, and few backs are hotter right now.

The fantasy world is going crazy for Mike Boone this week, and I am right there with them.  If Dalvin Cook is unable to go on Monday Night, third string running back Boone gets to head one of the league’s top rushing attacks against one of the league’s worst run defenses. I get it isn’t ideal at this critical stage of the season, but for what it’s worth, Boone played effectively and got into the end zone twice when he came into the game in relief of Cook. Watch for Cook’s status before committing entirely to Boone, however.

Running against the Jets is absolutely no fun at all. They lead the NFL in yards allowed per carry with a brick-wall-esque 3.3, stopping absolutely everybody all season before faltering last week against the Ravens. The Jets hadn’t allowed more than 3.8 yards per carry to backs in any game before that. Conner did run efficiently in limited touches in his first game back from a shoulder injury, but efficiency is not likely in this particular game. Conner is going to need a lot more volume than the 12 touches he had last game, especially through the air if he’s to give you a really good score. He’s not an emphatic “sit”, but the ceiling for yardage is low here.

I would imagine that I’m preaching to the choir right now, because if you’re in the championship, you likely had little or nothing to do wth Michel, but the fact remains that as of right now, Michel is being started in more leagues than Mike Boone (a potential league-winner), DeAndre Washington (another, more risky, potential waiver gem), and Tarik Cohen (12.9 PPG in his last 6 games). He’s in the same Start% realm as James Conner is, and even though he’s a “Sit” for me, he isn’t nearly the “Sit” that Michel is. He had his best game in a long time against the Bengals, but it wasn’t anything special in a fantasy sense, and with the Bills coming to town, the plus matchup boost is gone. Get him out of your lineups!

You may be asking, “why would the notoriously injury-prone Kerryon Johnson, coming off a serious knee injury, possibly be active for a meaningless Week 16 game against the Broncos?” And it’s a great question to which I have no answer other than the fact that it’s the Lions. Hopefully this is a false alarm and he is deactivated for the remainder of the season, but under no circumstances should Kerryon Johnson land on your fantasy radar.

The potential of the Buccaneers passing offense against the Houston secondary suddenly became universally available on the waiver wire this week, when Chris Godwin was ruled out for at least this week with a hamstring injury, joining fellow Pro Bowler Mike Evans on the sidelines. The rarity of this opportunity, to pick up one of the most electric offense’s top players against one of the worst defenses to their position in the league is a seismic shift in the power balance that doesn’t come around much this late in the season, and this year it happened twice with Boone and Perriman. Of course Perriman comes with more risk than Godwin and Evans, but he also has the potential to go from the waiver wire to being your best player. This is a can’t-miss opportunity.

The rookie caught his 7th touchdown of the season last Sunday, and set a career high with 130 receiving yards against the Eagles. McLaurin has found his stride again as his first season draws to a close, and he should continue his heater by taking advantage of the Giants, who just allowed DeVante Parker to beat them for 72 yards and 2 touchdowns. The Giants rank towards the bottom of the league against wide receivers in general as well, meaning the Redskins’ best offensive player should have a great chance to torch them on Sunday.

Back in Week 4, Baltimore held Odell to just 2 catches for 20 yards, and while Beckham has continued to post a mediocre season, Marlon Humphrey and the Ravens have continued their defensive dominance against receivers. An extremely tough outing could be in the forecast for Beckham, who should draw coverage from the Pro Bowler , who has emerged as one of the league’s top corners. Sitting Odell Beckham in the finals is not what we envisioned this year when we drafted him, but it’s absolutely an option that should be considered as we head into a week where a dud performance could spell doom for our title hopes.

Brown just can’t be played under any circumstances unless the depth of your league demands it. He’s been inconsistent lately, he doesn’t possess game breaking potential, and Stephon Gilmore is going to be opposite him in the biggest game of the year. Gilmore has yet to allow a touchdown this season, and receptions are generally difficult to come by when you’re his assignment. Just ask Tyler Boyd, who saw as many Gilmore interceptions when the ball came his way as he did receptions himself. You can find a replacement for Brown.

It wasn’t the way we expected him to get here, but O.J. Howard has the potential to win you a fantasy title this weekend. No, it isn’t as a breakout star, but instead as one of the very last players that Jameis Winston can throw the ball to in that high-powered Bucs offense. Howard has begun to emerge as a reasonable streaming option in recent weeks, so with Godwin and Evans out of the picture, it’s difficult to envision Howard not at least putting up an adequate fantasy score, with the potential for a lot more. I cannot stress enough how fantasy friendly this offense is. Jameis Winston has over 900 passing yards and 8 touchdown passes in the last two weeks alone. And now there’s no more excuse not to throw to Howard. I know he burned you earlier in the season, but this should be a different story. Fingers crossed.

Doyle has been on the brink of being a solid fantasy tight end for what feels like his whole career, but he hasn’t been able to break into the weekly starter tier this season, despite several games that appeared to indicate that he was headed in that direction. Doyle has scored just 8.8 points over the last two weeks after 19.3-point game before that. He just isn’t reliable enough a receiver in an unreliable offense, and with the Panthers being the 2nd-toughest defense against tight ends, there is very little to like here.